Home > Album Reviews > Candiria: While They Were Sleeping

The story of this album is of a failed musician in an alternate New York, rising up against the controlling monarchy. A tale of struggle that is left on a cliffhanger, with no word from the band if there is a sequel planned, or if we are to work out the ending for ourselves.

Told across 12 tracks that start with a bang on the title track, Candiria are out for blood right from the start. A great opener that breaks into a jazz interlude in the middle shows off why they are so widely regarded for their willingness to experiment with any and all styles of music.

Some interesting standouts are the almost arena rock ‘Forgotten’ and the ballad-like ‘Opaque’ really taking the band away from the technical stock they trade in, to what would be considered ‘normal’ musical territory. It’s something I have never heard Candiria do before, and it fits into the storyline of the story without ever sounding out of place.

The band are very tight, and the production courtesy of Tom Tierny and Alex Mead-Fox is wonderful and clean; every instrument breathes, the sparesely-used wind and brass instruments in particular, and that can be hard to do when the music can be so technical and scatter gun as this. Carley Coma is on absolute career best form vocally as well.

I truly hope that the band decide to come back with a part two for this concept, because it is well deserving of more air time. 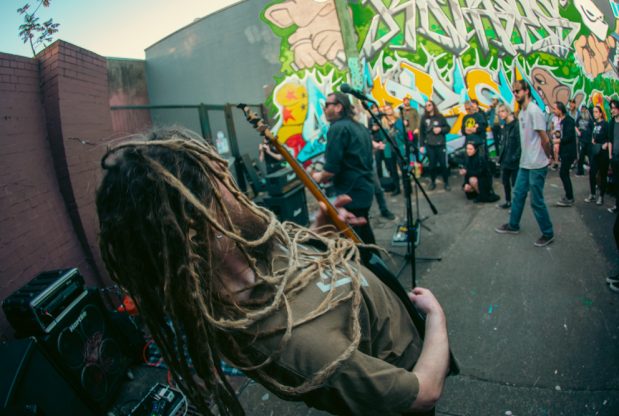