A few curveballs and diversions to keep listeners interested

When it comes down to brass tacks, Canada’s Kataklysm could be considered a death metal version of AC/DC.

They know what works and they stick to their established formula of hyperblast laden groove metal. Their latest release Heaven’s Venom is no deviation from their established sound, but it still packs a punch or two with some unexpected shots from left field.

If the last few albums are an indication, Kataklysm are a band that know how to pick a solid opener that announces itself and “A Soulless God” carries on that tradition. Following an ominous spoken passage (and Kataklysm like to use these), things shift right into gear with a barrage of Canadian hyperblasting, ballsy downtuned riffage and Maurizio Iacono’s venomous vocals that could strip paint off walls. Carrying on from this opener, it is business as usual. With a crushing mix courtesy of Tue Madsen (Dark Tranquillity, Halford, Himsa), there is plenty of Kataklysm’s trademarks being thrown around, “Determined (Vows of Vengeance)” subscribes to the faster side of things with some insane hyperblasting, “Push the Venom” relies on a thick, molasses-like groove and somewhat pleasantly, some melody starts to seep in Jean-Francois Dagenais’ guitar work in the middle of “Hail the Renegade” which is a nice little touch and “As the Wall Collapses” is like a hybrid of ferocity and melody.

While the first half is business, the second half decides to throw in the unexpected shots mentioned in the intro, the opening salvo of “Numb and Intoxicated” decides to wake things up. The riff immediately grab attention with its slower tempo and it was nice to hear the hyperblasts had been backed off in place of some tasty double kick work that really gets your head moving. There is a little tribute to the Swedish melodic death scene in “Suicide River” without being plagaristic and closing the proceedings is the dark and venomous yet melodic “Blind Savior”.

Although Heaven’s Venom has a fair bit of the usual fare from the Montreal natives, there are a few curveballs and diversions to keep their fans and casual listeners interested. The little differences do keep things fresh and moving on without the band putting out a carbon copy of their previous efforts. 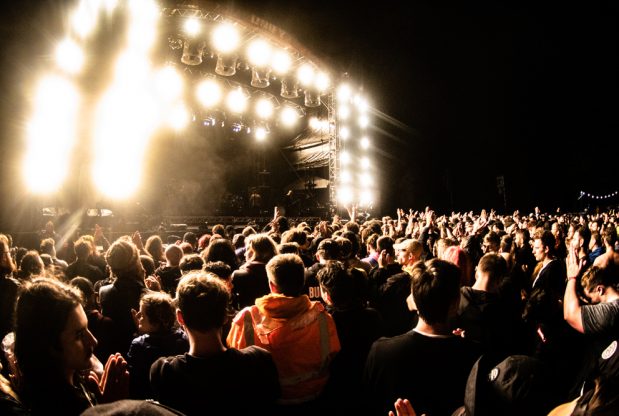 The year that was