Metallica’s completely unexpected change of direction, Sepultura’s last album with Max Cavalera, Pantera at their most aggressive, the return of the rock opera and prog – these were some of the things that defined the heavy music world of 1996. 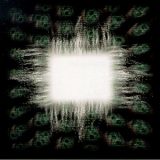 With the grunge movement all but dead it was suddenly ok for anyone to like arty heavy rock once again, and TOOL was there to provide. Ænima , the band’s exploration of Jungian philosophy and a tribute to their friend Bill Hicks, with its lenticular CD case and various covers, was the logical extension of where they had dabbled with Undertow. A moody, shuddering and sometimes sobering album fuelled by Adam Jones’ dark riffing and powered by the astonishing drumming of Danny Carey and the sheer power and range of Maynard James Keenan’s voice, Ænima was the album that set the standard for prog for years to come. 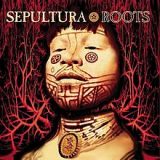 After establishing themselves as a true force with several distinguished albums of thrash that drew from American influences, Sepultura literally went back to their roots to finally produce an album with its own clear identity. Max sang in Portuguese on “Rattamahatta” and the band headed into the Amazon to record tracks with the Xavanthe tribe. The move away from pure thrash to a groove-heavy, down-tuned approach was controversial with older fans but the boldness of the experiment proved them to be one of the most original metal bands of the 1990s. Roots also laid the foundations for Soulfly following the elder Cavalera’s bitter departure from Sepultura only eleven months later. 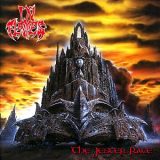 IN FLAMES: The Jester Race

Falling squarely into the realm of the mediocre these days, in 1996 In Flames were considered one of the spearheads of the burgeoning Swedish death metal scene and The Jester Race captures them at their savage and melodic best. Highlighting all the trademarks of the style – feverish death metal riffing, Maiden-like twin guitar melodies, subtle keys, sudden bursts of acoustics and the roaring vocals of Anders Fridén, The Jester Race is at the pinnacle of Gothenburg metal. 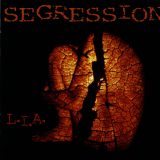 Having spent the previous 18 months re-inventing themselves, Segression began 1996 with a new name and, shortly afterward, an explosive new album. L.I.A. (Lesson in Aggression, just to be clear) exposed many of Australia’s metalheads to the band’s heavy, groove-infested and thrash-influenced style for the first time, paving a foundation for a career of unrelenting, passionate metal that put them at the forefront of the country’s scene. 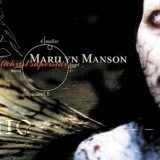 On his second full-length release, Marilyn Manson stamped himself as one of the most important artists of the decade to come. A Satanic, Nietzschean odyssey with a story that would arc across his next three releases, Antichrist Superstar was a full-blown industiral Gothic rock opera released at a time when such things had apparently been rendered obsolete by the rise of grunge and, like TOOL’s Aenima, by its very existence marked the fall of that era. 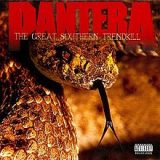 Released as they reached the height of their career as the major defining metal act of the decade, The Great Southern Trendkill was their most vitriolic and aggressive of the Pantera catalogue. With the vocals and music recorded in separate locations for the first time, Trendkill was the signpost for the fracturing to come, but the material, from the rabid intensity of “Suicide Note Pt. 2” and “War Nerve” to the lyricism of “Floods”, was some of their finest work. 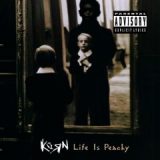 On their second album, the Bakersfield nu-metal innovators tightened and focused their song writing while retaining the twisted, dark angst of their debut. Recorded on the fly directly after their first major tour, Life is Peachy held a darker, heavier edge. It wasn’t as acclaimed or as groundbreaking as the self-titled record, but as their commercial breakthrough, Life is Peachy established Korn as one of the most influential musical acts of next two decades. 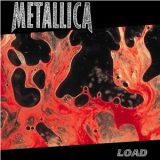 With their sixth album, it seemed like Metallica had suddenly become everything they had once stood against. On Load, the band turned away from the genre they had created almost entirely, experimenting instead with sludgey blues rock and even country. While hardly their most esteemed effort, it was another bold statement that as a band they would do exactly whatever they wanted. While anathema to many of their long-term fans, four hit singles and four weeks to #1 in America showed that not everyone had decided to leave them behind, either. 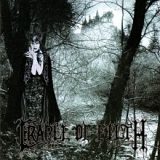 CRADLE OF FILTH: Dusk… and Her Embrace

Perhaps the band’s most definitive statement, with Dusk… and Her Embrace, Cradle of Filth elevated black metal beyond the restrictions of the underground. With more focus than previous releases, Cradle took the melodies of commercial metal like Iron Maiden and the Gothic stylings of Sisters of Mercy and made them fit within the template of extreme black metal far more successfully than any other band, setting a benchmark that few others have truly matched. 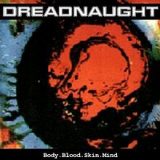 No list of albums from 96 on this site could be without this. Dreadnaught’s debut is a deep under-appreciated collection of sludgey, idiosyncratic metal that was unlike anything else being done at the time. A combination of dark, moody rock and explosive metal, Body.Blood.Skin.Mind was a slow-burning album that introduced the Melbourne quartet to Australia’s metal scene and established a precedent for excellence that continues to this day.