1998 – John Howard won his second term as Prime Minister and Titanic became the highest grossing film of all time. On the mainstream musical landscape, the world was being subjected to Savage Garden and Natalie Imbruglia’s insidious version of ‘Torn’, Cold Chisel’s first new album in 14 years and You Am I scored their third consecutive #1 album, putting them in rare company in Australian music circles. On the heavier side of things, the first albums by Morbid Angel and Sepultura with their new vocalists got mixed reactions while Max Cavalera divided opinions with his new outfit, Metallica released a double album of covers, Iron Maiden wobbled toward almost complete irrelevance and a strange-sounding band from California called System of a Down introduced themselves. Here are a few of the ones that mattered. 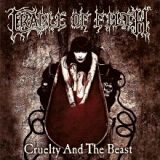 Cradle of Filth: Cruelty and the Beast
Their first complete conceptual piece, Cruelty and the Beast was also perhaps their most complete vision to that point, a musical portrait of Medieval serial killer Elizabeth Bathory. Though marred by poor production and a weak mix, it nevertheless cemented the band’s reputation for sweeping Gothic metal arrangements and established their penchant for album-length story arcs. 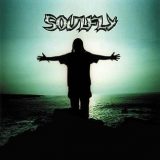 Soulfly: Soulfly
Soulfly’s debut made it very clear that Max Cavalera was far from done with the experimental direction of his last album with Sepultura. With a laundry-list of guests from contemporaries, up-and-comers and Brazilian artists, Soulfly swerved between heavy groove-laden nu-metal, tribal beats, samples, reggae and dub, a divisive but inventive and deeply influential debut. 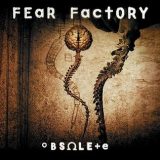 Fear Factory: Obsolete
After establishing a series of metal tropes still used to this day on Demanufacture, Fear Factory’s follow-up was a complete and detailed concept album. While musically similar, Obsolete upped the groove factor and, with a rawer vocal attack, followed the escape and pursuit of the political prisoner Edgecrusher through an increasingly bleak dystopian near-future that was in some ways scarily prescient. 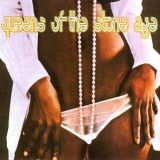 Queens of the Stone Age: Queens of the Stone Age
On his first album with QOTSA, Josh Homme took the rough-hewn stoner metal of Kyuss and chiselled out a sleeker sound that dabbled with keys and percussion and swerved between flint-hard rock outs and swinging grooves with song writing informed by a stronger pop sensibility. QOTSA gave stoner rock the firmer commercial appeal the genre had lacked to this point. 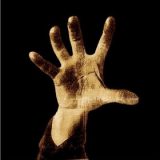 System of a Down: System of a Down
Like Deftones, System of a Down took the nu-metal basics laid down by Korn and twisted them into a form of their own, in their case a sometimes chaotic and experimental dissonance. With extra flavour drawn from their Armenian heritage, SOAD featured half-crazed time-signature shifts, the nasally half-rap half-singing of Serj Tankian and Daron Malakian’s quirky off-kilter riffing to create one of the oddest albums of the year. 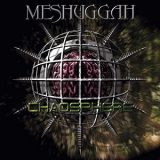 Meshuggah: Chaosphere
On their third album, Meshuggah would almost completely abandon their thrash proclivities to develop a sound that would become their signature style, one of the most distinctive and influential of the last 20 years. Technical, polyrhythmic and excessively down-tuned, Chaosphere introduced a method of playing that would change metal forever. 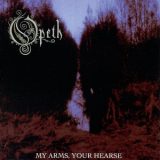 Opeth: My Arms, Your Hearse
Opeth had already established themselves as a band with a unique character on their first two albums. On My Arms, Your Hearse the songs were significantly shorter but became more cohesive, flowing better as a complete suite of tracks as they continued to develop the lavish and epic progressive death metal approach that would become so influential over the following decade. 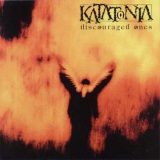 Katatonia: discøuraged ønes
Still in Sweden, and Katatonia drifted further away from their extreme doom beginnings with discøuraged ønes, a melancholic masterpiece of gloomy shoegazing minimalism. At first almost hypnotically repetitive in tone and pacing, the band’s songcraft is so subtle it takes several listens for the hooks and melodies to set in, finally evoking the mesmerising, dreamlike quality later work would further embrace. 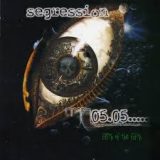 Segression: Fifth of the Fifth
For their second album, Segression began to clearly establish the style they would become known for on later works. Stepping away from the pure metal of previous albums, the band stripped back the riffs while building on grooves as they took Australian metal into a direction apart from most other bands on the scene at the time, propelling them onto some of the biggest stages in the country. 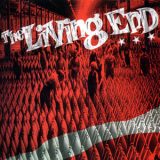 The Living End: The Living End
There could be no discussion of the music of 1998 without mention of The Living End’s massive debut album. Full of rollicking punkabilly hits that still resound around Aussie venues to this day, The Living End peaked at #1 and charted in the Top 50 for over a year, shifting over a quarter of a million in that time and becoming easily one of the most successful Australian rock releases of all time.