While it was technically still a year away, everyone was treating 1999 like the last year of the 20th Century. Doomsday cults were predicting the end of the world and billions were spent around the world to combat the (mainly) non-existent threat of the Y2K Bug.

The US intervened in the Kosovo war, the music sharing network Napster kicked off and Australians voted against becoming a republic in a referendum in November while gearing up for the Olympics the following year. In the world of heavy music, old schoolers got excited by the news that Iron Maiden were reuniting with Bruce Dickinson and Adrian Smith, but the real action was in the sphere of alterna/nu-metal, finally breaking out to dominate for most of the next decade. Here’s ten of the albums that made 1999 the year it was. 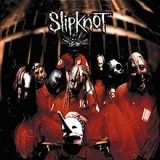 SLIPKNOT: Slipknot
Iowa’s Slipknot exploded into worldwide consciousness in mid-99 with the chaotic aggression of their dense, layered debut album. Bristling with nu-metal inspired grooves and riffs born of the band members’ heritage in thrash and death metal and melodic heavy rock, Slipknot was given further fuel by a multi-level percussive din and layers of samples, a controlled cacophony that elevated it beyond the standard nu-metal rumblings of the time and heralded the band as one of the most important musical acts of the next decade. 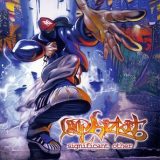 LIMP BIZKIT: Significant Other
On their second album, Fred Durst and crew tightened their playing and songwriting and gave their hip-hop/rock stew a heavier edge, making it perhaps their most fully-realised album. Collaborations with members of Wu-Tang Clan, Korn, Staind and Stone Temple Pilots also made Significant Other their most artistically experimental and creative album, shifting platinum twice in Australia on the way to them becoming one of the biggest and most controversial acts in the world. 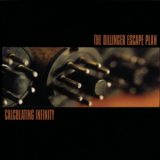 THE DILLINGER ESCAPE PLAN: Calculating Infinity
Erupting from the hotbed of the late 90s East Coast hardcore scene, New Jersey maniacs The Dillinger Escape Plan combined the outright speed and energy of extreme metal with grindcore’s dissonance, the elements of math rock and hardcore’s sensibilities. Calculating Infinity revolutionised extremity and set a new benchmark for every truly forward-thinking extreme band in any genre. 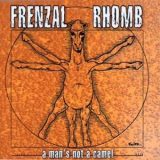 FRENZAL RHOMB: A Man’s Not a Camel
Sydney punks Frenzal Rhomb had been one of the top bands on the national scene for years but it took until their fifth album to break through to the mainstream. They did it by not changing a thing, just ripping out breakneck punk rock like nobody’s business, resplendent with catchy singalong choruses and droll, sarcastic humour. A Man’s Not a Camel is pure larrikin punk rock done the Aussie way and gave the band their biggest ever hits. 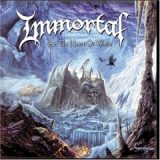 IMMORTAL: At the Heart of Winter
While their Norwegian compatriots were going in experimental directions or on journeys into bombast, Immortal focused their energies on a sound that was pure to black metal’s origins. Their fifth album was a relentless riff-fest, epic songs festooned with hooks, icy atmospherics and the perfect blend of frostbitten black metal and Teutonic thrash sensibilities, a sweeping and majestic album of pure metal. 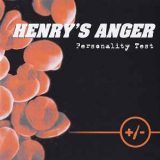 HENRY’S ANGER: Personality Test
They never told us who Henry was or why he was angry, but that didn’t matter. The second full length from the Canberra quartet saw the full flowering of their creative energies and a musical shift into the territory of tormented, angst-ridden nu-metal given a local flavour by the vocal delivery of Jamie Thomas and won the band an ARIA Award nomination for Best Rock Album. 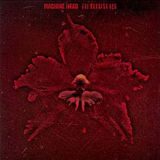 MACHINE HEAD: The Burning Red
The Oakland groove merchants took a left turn on their third album, much to the confusion and consternation of fans. The Burning Red offered a variation on their previous sound, with rap-style vocals and cleaner singing in some tracks, pointing toward a flirtation with the dominant nu-metal style. While established fans were split over the direction, the album went to be their biggest seller for many years afterwards. 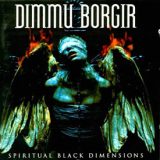 DIMMU BORGIR: Spiritual Black Dimensions
Dimmu Borgir’s fourth album saw their symphonic pretensions in full flower as the band incorporated synths and keys deeper into their sound. Along with faster-paced songs and the introduction of clean singing, Spiritual Black Dimensions marked a clear progression and separation from their early riff-heavy black metal, a style they have continued to experiment with to the present. 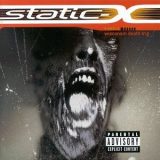 STATIC-X: Wisconsin Death Trip
LA four piece Static-X added their own touches to what was already becoming a heavily cliched style of music by combining it with industrial metal, thereby coming up with something that was very much their own. Wisconsin Death Trip sent them into the stratosphere, and while they were never to come close to matching this success, they at the very least created something unique among a sea of generic samey-ness. 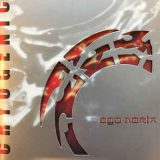 CRYOGENIC: ego-noria
Sydney’s metal champions Cryogenic had climbed to the top of the local pile with their solid and aggressive groove metal attack. While borrowing heavily from the likes of Pantera, the band made it convincing enough to win over a small army of fans and ego-noria certainly proved that Aussie metal could easily stand alongside anything else being delivered from any other part of the world at the time.

There was a wealth of others, but we had to stop somewhere. Check out some of these from the same year: In Flames – Colony, Opeth – Still Life, Grinspoon – Easy, Nevermore – Dreaming Neon Black, Metallica – S&M, Coal Chamber – Chamber Music, Type O Negative – World Coming Down, Emperor – IX Equilibrium, Nine Inch Nails – The Fragile, Dream Theater – Metropolis Pt. 2: Scenes From a Memory