The last year of the 20th Century and of the 2nd millennium, 2000 was dominated in Australia by the summer Olympics in September, praised at the time and still widely regarded as the best ever. Politically, it was actually a pretty stable year in what was designated the International Year of Peace, except in the US, where the Supreme Court halted the recount in the election and handed the Presidency to George W. Bush. In music, both Metallica and Dr Dre took legal action against the Napster file-sharing network for copyright infringement and in an attempt to curb bootleggers profiteering from their music, Pearl Jam begins their Official Bootleg series of recorded live shows that continues to the present; tragically, it was during their set at the Roskilde Festival in Denmark that year that nine people were crushed to death. And a little band called Linkin Park released an album that has since gone to be one of the biggest selling releases ever… 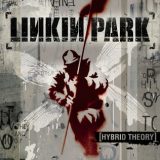 LINKIN PARK: Hybrid Theory
By 2000, Linkin Park were Johnny-Come-Latelys to the global rap-metal scene, but this was a band with a sound aimed straight for the mainstream. With its contrasting vocals, electronica splashes and pop-oriented songs, Hybrid Theory won over a global audience with their radio-ready angst-ridden rock. It may not have been the best album of the year, but it was certainly the biggest, moving more than 27 million – the biggest selling debut since Guns N Roses and eventually becoming the highest selling rock album of this century. 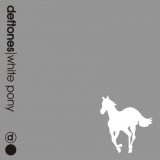 DEFTONES: White Pony
With their third album, Deftones transcended the genre from which they had emerged. White Pony took the Deftones’ experimental predilections to new heights. This is a wildly progressive album featuring a band bravely combining their aggressive riffing with atmospherically darker and bleaker elements by dabbling further into electronics, shoegaze and post-rock, stepping way beyond all boundaries and setting a high benchmark for the deluge of acts of follow. A watershed moment for the band and rock music as it crashed into the 21st century. 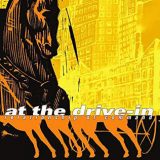 AT THE DRIVE-IN: Relationship of Command
While the band later rued the final mix of their ground breaking 2000 album, it was exactly why Relationship of Command was able to connect with so many. Without the arena rock sheen, ATD-I’s lethal concoction of socio-political rage, emotional hardcore and street-level metal may well have wallowed in relative obscurity. Instead, the simmering rage, ragged beats and aggressive but arty guitar work made this one of the most influential rock albums of the decade. 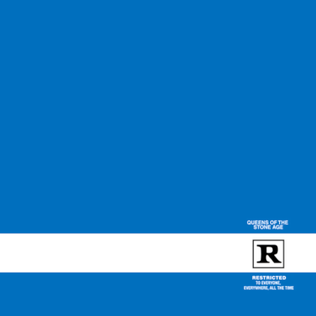 QUEENS OF THE STONE AGE: Rated R
For their second album, QOTSA went for a warmer, fuzzier approach but also a more expansive one, opening the door to an array of guests and instrumentation. Rated R‘s warm tones and psychedelic desert grunge was accessible to the radio rock crowd while staying heavy enough for the purists, both a raucous punkish rock and roll record and a smokey stoner metal one with its various guest singers from The Screaming Trees, Goatsnake and others (including a small contribution from Rob Halford) adding to the rich flavour of Josh Homme’s greatest post-Kyuss moment. 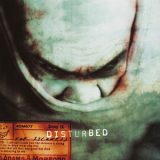 DISTURBED: The Sickness
As so-called alternative metal was entering its second wave, Disturbed stood out from the gathering crowd. While The Sickness still drew on the tropes of nu- and rap-metal, the band showed a deft knack for melody and genuine songcraft that elevated them above similar acts and knew how to break up the angst and aggression with hard rocking party tunes once in a while. It was the first step in a chart-dominating career in heavy rock that continues to this day. 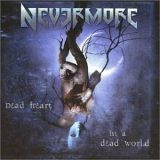 NEVERMORE: Dead Heart in a Dead World
Seattle’s Nevermore had already established themselves as a exceptional band with their previous issues. Their fourth album took their exploration of dark themes to a new level. Dead Heart is a Dead World combined Warrel Dane’s nihilistic world view and traditional, catchy metal riffing with nu-metal’s dark grooves, thanks to Jeff Loomis’ adoption of seven-string guitars, for a progressive metal tour-de-force spiral into the darkest heart of the human condition. 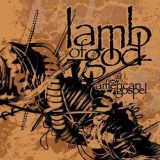 LAMB OF GOD: New American Gospel
No one knew it yet, but Pantera was close to pulling the plug in 2000, but there was already a feeding frenzy of bands waiting to fill the breach. Lamb of God, who had already established themselves as Burn the Priest the year before, were first in line with the debut under their name name, New American Gospel. A crushing amalgam of groove, technical accented drumming, thrash metal energy and total chaos, LOG took the lessons of 90s metal and added a few tricks of their own to begin paving their way as one of the coming decade’s more referential metal bands.

A PERFECT CIRCLE: Mer de Noms
With TOOL mired in legal shenanigans, vocalist Maynard Keenan set sail on the sea of names with his band’s guitar tech. A Perfect Circle’s debut fell inside the same ballpark as Keenan’s other band, but was less dark and ominous with a keener instinct for melody and both a more straight forward sense of direction and progressive flourishes provided by the group’s multi-instrumentalist personnel. Mer de Noms smashed into the charts worldwide and charted in the US Billboard Top 200 for a year, still regularly considered one of the best rock albums of the past 25 years. 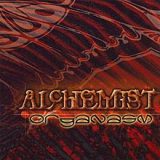 ALCHEMIST: Organasm
2000 was a slow year for Australian metal releases, but the 90s’ most daringly creative local metal band delivered once again in the shape of Organasm. A distillation of their stupendous previous release, Alchemist’s fourth album took all the elements of their established sound and added still more, with a warm production that further enhanced the unique, mesmerising character of the band’s peculiar and effective form of progressive metal. 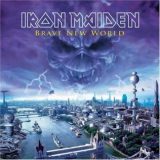 IRON MAIDEN: Brave New World
Iron Maiden ruled the metal world with a string of genre-defining albums through the 1980s. The departure of two key members left them as a spent force in the 90s, with a series of clunky and forgettable releases tarnishing their legacy as one of metal’s greatest acts. Reunited with Bruce Dickinson and Adrian Smith, Brave New World was a sterling comeback effort that hearkened back to their glory days and went a long way to recapture their old magic, relaunching their almost-stalled career for another legion of fans.

Other albums worthy of note released this year include High on Fire – The Art of Self Defense, Soilwork – The Chainheart Machine, Pantera – Reinventing the Steel, In Flames – Clayman, Halford – Resurrection, Killswitch Engage – Killswitch Engage, Rancid – Rancid,  Enslaved – Mardraum: Beyond the Within, Cradle of Filth – Midian,  Blood Duster – Cunt, Shihad – The General Electric, Dreadnaught – Down to Zero