The first official year of the 21st century hardly ushered in the hope that the early part of the previous decade had promised. The clouds of war had already begun to gather even before January’s inauguration of US President George W. Bush –  nine months later the horrendous 9/11 attacks sparked major wars, conflicts and invasions that last to the present.

Apple’s introduction of iTunes and the iPod during 2001 meant that the digitalisation of music and music distribution was close to complete, but the death of Jessica Michalik at the Sydney Big Day Out during Limp Bizkit’s set meant that even the music world of 2001 would be laden with bad luck, bad news and disasters. Wes Borland would subsequently leave Bizkit by the end of the year. Jason Newsted departed Metallica in January and death claimed metal pioneer Chuck Schuldiner, who lost his long battle with cancer on December 13.

Even in a less than stellar year, however, great albums still came to the surface – here’s just a few of those. 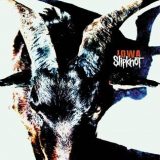 SLIPKNOT: Iowa
Slipknot only got heavier, darker, more intricate and extreme with Iowa, truly setting themselves up as the single most important and influential metal band of their generation. The unrelenting animosity and ferocity of the nonet’s delivery across the album and the precision of expert nu-metal producer Ross Robinson cemented Iowa‘s place at the top of the metal pile, an instant classic that few have come close to emulating. 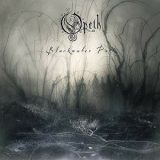 OPETH: Blackwater Park
After four albums that gradually established their style, Opeth came of age with Blackwater Park, the moment where their progressive vision for extreme metal crystallised in a grand magnum opus. A stark diversity of songs, allusions to both the grand prog masters of the 70s and baleful Swedish death metal, the balance of light and menace and the guiding hand of Steven Wilson combined to create one of the century’s early metal masterpieces. 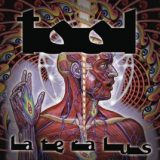 TOOL: Lateralus
Following almost a half-decade mired in legal dispute, 90s alterna-metal champions TOOL pushed further into the realms of art rock with the  sprawling immensity of Lateralus. An album of swirling darkness, complex rhythms, conflicting dynamics and sweeping moods, Lateralus once again redefined progressive rock, taking the Billboard #1 spot on debut and remaining one of the 21st century’s most lauded rock albums. 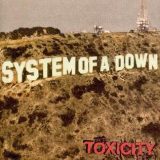 SYSTEM OF A DOWN: Toxicity
Already at the cutting edge, System of A Down stepped up their game on their second album, displaying an enviable ability to combine an outrageously quirky style with commercial sensibilities. Angular riffs, false starts, smatterings of western Asian sounds and seemingly chaotic song structures and oddball,  socially incisive lyrical content pushed their creative extremity to new heights while a keener sense of accessible melody not only ensured SOAD a wider audience but guaranteed Toxicity‘s legacy as one of the most inventive heavy rock albums ever devised. 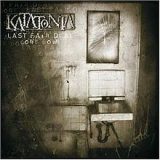 KATATONIA: Last Fair Deal Gone Down
Katatonia lost themselves a swathe of fans as they left their metal days behind them, but they weren’t about to let that stop them. Last Fair Deal Gone Down was the logical extension of Tonight’s Decision, a Cure/Joy Division influenced journey into depressive rock, dark beats, gloomy introspection, soft/loud dynamics and shoegazey aesthetics married to Jonas Renske’s mournful, off-key vocal mutterings, culminating in one of the year’s highlight releases in any genre. 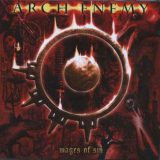 ARCH ENEMY: Wages of Sin
Arch Enemy was at the apex of Swedish melodic death metal when they switched out Johan Liiva for the unknown and untested Angela Gossow. There were other death metal bands with female singers, but none had the impact that Gossow’s surprisingly gutteral and aggressive roars had when added to Arch Enemy’s formidable arsenal of groove and shred, their hailstorm of riffs and a diversity of songs – a trait that would gradually fade from their skill set in later years. 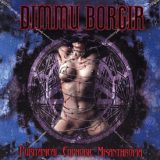 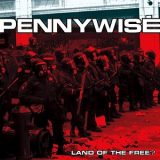 PENNYWISE: Land of the Free?
Skate-punks Pennywise switched back to their early hardcore days with their anger-fuelled protest album Land of the Free? Inspired by the socio-political climate of 99’s WTO protests, high-level corruption, the messy US election and school violence, the band came out harder and heavier than they had for many years with an album of high-energy punk rock fury and rousing choruses that made for one the toughest musical political statements of a tumultuous year. 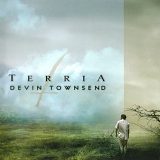 DEVIN TOWNSEND: Terria
After the disappointing miasma of 2000’s Physicist, Hevy Devy dismantled his music for this logical follow-up to his Ocean Machine opus. A suite of loosely structured tracks that explore the Biblical origin story, Terria was a showcase for Townsend’s eclectic combination of warm sounds, ambience, rock, metal, folk and prog, best envisioned by the vast Earth Day. While sometimes testing the listener’s patience with its musical sprawl and apparent randomness, Terria remains one of Devin Townsend’s finest moments. 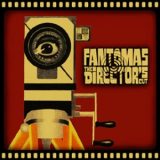 FANTÔMAS: The Director’s Cut
Experimental collective Fantômas exceeded all expectations with their second release, a wildly offbeat collection of variations on film and TV show themes. Completely original and defying any genre or classification, The Director’s Cut is a frenetic mash of thrash, jazz, ambience, electronica and total vocal insanity from mastermind Mike Patton, a challenging and utterly unique album that pushes the boundaries of musical experimentation to the brink.

Here are a few more you can also go back to: Converge: Jane Doe, Drowning Pool: Sinner, blink-182: Take Off Your Pants and Jacket, Green Carnation: Light of Day, Day of Darkness, The Donnas: Turn 21, Gojira: Terra Incognita, The Living End: Roll On, Rammstein: Mutter, Megadeth: The World Needs a Hero, Edguy: Mandrake, Lacuna Coil: Unleashed Memories, Pig Destroyer: Prowler in the Yard, maudlin of the Well: Bath/Leaving Your Body Map, Darkthrone: Plaguewielder, Akercocke: The Goat of Mendes, Anathema: A Fine Day to Exit, Tomahawk: Tomahawk, The Tea Party: The Interzone Mantras, Muse: Origin of Symmetry, The Mark of Cain: This is This, Propaghandi: Today’s Empires, Tomorrow’s Ashes