It wouldn’t be a stretch to suggest that 2020 has been the toughest, most unpredictable year in the living memory of a lot of people. Life in Australia became a surreal upside down world that began with fires, floods and storms that soon tumbled into the pandemonium of global pandemic, panic buying, lockdown living and mask-wearing like a dystopian novel come alive. Entire cities and countries closed down and places like the US seemed to be coming apart at the seams and we woke up from the hangover to find our country in some weird trade war with China suddenly and the pandemic still going.

We saw our dreams for tours and festivals crumble like sandcastles before our eyes and legends were lost: cancer finally caught up to the great rock music pioneers and innovators Eddie Van Halen and Neil Peart, Cynic titans Sean Reinert and Sean Malone died at opposite ends of the calendar, two members of Uriah Heep, Ken Hensley and Lee Kerslake, checked out within weeks of each other, heavy rock guitar giant Leslie West passed just before Christmas and Gang of Four’s Andy Gill died from pneumonia that is now suspected to have been an early COVID-19 death.

The one saving grace to come out of this shitty year was the ridiculous amount of excellent music that appeared. Live shows may have been in extremely short supply but in terms of actual releases, 2020 was a strong year for new music, with some particularly impressive albums coming from bands who haven’t released anything new in years. So once again, join us as we go through our musical highlights from the Worst Year Ever.

Writing for two publications and trying to also have a normal life stretched me this year, but that just meant I got to listen to and write about a lot more music than I probably would have otherwise. Because this year had so much great stuff, I decided to do a Top 20 instead of a Top 10/Honourable Mentions, because why the fuck not? So here they are in no particular order: 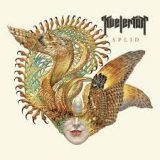 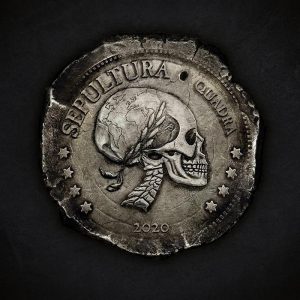 SEPULTURA: Quadra. Sepultura has had their ups and down over the last 25 years, but they’ve been building toward a blockbuster for a while. Quadra is a modern thrash-groove masterpiece that stands alongside anything from their legendary early catalogue. 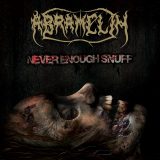 ABRAMELIN: Never Enough Snuff. 20 years after their last release, Abramelin basically came out of nowhere with a relentless gore-soaked return as savage and depraved as anything they have done. 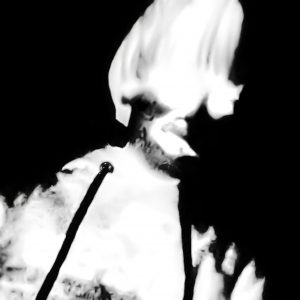 GREG PUCIATO: Child Soldier: Creator of God. Greg Puciato’s first solo album proved to be as mercurial and unpredictable as the man who created it, a wild and chaotic ride through anger, frustration, rage, catharsis and healing interpreted through everything from mathcore and industrial to electronica and dream pop. 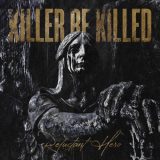 KILLER BE KILLED: Reluctant Hero. Killer be Killed’s second album proved that the first was no fluke, but this time they expanded and improved on the formula with a monstrous collection of epic, heavy, groove-ridden and catchy metal. 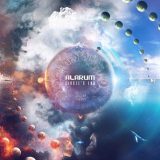 ALARUM: Circle’s End. Coming after a recording silence of 11 years, Circle’s End is the perfect crystallization of Alarum’s musical experimentation. With compelling jazz-inflected thrashy death metal and wild unpredictable arrangements, this is their most complete work. 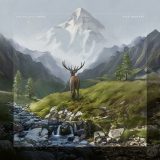 CALIGULA’S HORSE: Rise Radiant. Less intense in mood than In Contact, Rise Radiant continued C-Horse’s reputation for excellence with a brighter, triumphant musical journey that served as the perfect antidote to the dark days during which it was released. 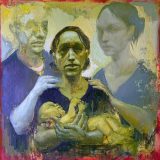 PALLBEARER: Forgotten Days. Forgotten Days took the lessons learned from Heartless and applied them further to their dark, mesmerising muse to powerful effect, deepening the menace and beauty of Pallbearer’s elegant despondency 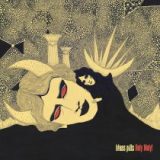 BLUES PILLS: Holy Moly! Stepping away from the Gospel direction of their previous album, Blues Pills came rocking back with a vengeance, a pumping volume of boogie- and acid-laced 70s flavoured rock and roll. 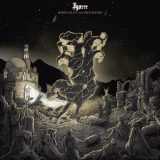 IGORRR: Spirituality and Distortion. Mysterious French entity Igorrr unleashed one of the year’s most bizarre musical statements here, a weird but catchy and effective melange of extreme metal and curiously alien genres from zydeco and ballroom to traditional folk and electronica. 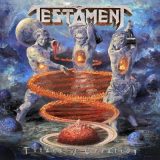 TESTAMENT: Titans of Creation. Thrash’s original titans rarely disappoint and Titans of Creation is as strong an album from the Bay Area veterans as they have ever put together: neck-wrecking riffs, solid songs, blazing solos and the mighty voice of Chuck Billy. 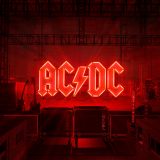 AC/DC: Power Up. Of all this year’s comebacks, AC/DC’s was both the most anticipated and surprising. With four fifths of their longest-lasting line-up back in the saddle, they took their last throw of the dice and smashed it out of the park with their best album in two decades. 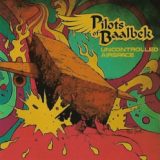 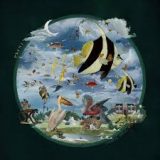 PLINI: Impulse Voices. An exceptional release from an exceptional talent, Plini’s second full-length album sees him leaving no stone unturned as he takes his listeners through various shades of rock, jazz and even electronic soundscapes with a sterling display of songcraft and musicianship. 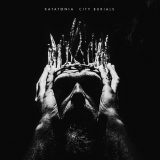 KATATONIA: City Burials. Katatonia brought the metal back to their gloomy oeuvre with a dark, heavy and diverse excursion into their trademark melancholy. City Burials is a darkly simmering album that serves as almost the perfect musical mirror of our current time. 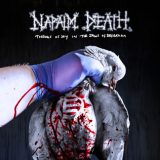 NAPALM DEATH: Throes of Joy in the Jaws of Defeatism. As to be expected, five years has done nothing to diminish the ageless rage and power of Napalm Death. Taking some more experimental diversions than they’re usually known for, ToJitJoD is another fine addition to a catalogue hard to fault.

MR BUNGLE: The Raging Wrath of the Easter Bunny Demo. More than a comeback, more than a reunion, Mr Bungle’s return after 20 years was a complete reinvention as they dusted off a bunch of their earlier tunes for an extravaganza of wall to wall crossover thrash n grind!

THE STOOGES: Live at Goose Lake – August 8th, 1970. A forgotten recording from a forgotten festival, a raw, undoctored document of an uncaged, out of control rock and roll beast exploding across the stage for a final moment of glory in its original form. 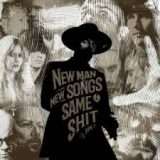 ME AND THAT MAN: New Man, New Songs, Same Shit Vol 1. Nergal invites a wealth of vocal talent from across the metal universe for another volume of blues, Americana, hillbilly music and outlaw country. A swaggering album of dark, rollicking fun. 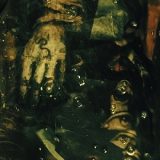 Also, as to be expected, the anniversary packages of Black Sabbath’s Paranoid and Ace of Spades by Motörhead were both extraordinary and extremely reverential. Wonderful tributes to two of the cornerstone recordings of modern rock music.

Not that many, for obvious reasons, but there were still a few pretty hot gigs this year.

2020, the year a pandemic brought music and art,  s awell as society at large, to its knees . Thankfully we may be seeing the end of such a horrible year for many as things begin to normalise and we find ways to hang out and socialise together again. Remember not to be that drunken dick in the crowd but far more importantly continue to support your favourite musicians, from the local guy playing an acoustic session down your local all the way up to the world beating bands whose t-shits and tattoos you support daily.  I assure you they all appreciate the support no matter how small it is.

Personally I have been fortunate enough to work through in my day job and avoid lockdown of any kind beyond the personal ‘keep it safe’ my family and I decided would be best as we have elderly family that need our love and support. Plus some of my favourite bands have sold some of the coolest masks going and whilst it was recommended to wear them in public, you better believe I did.

Thank you, dear reader, for poking your head in for another year and checking out what I thought of releases and live shows this year, and thanks as always to our ever patient editor-in-chief Brian for giving me a small corner of this coolest music blog going to rant and spout my opinion.
Below is a short list of albums that helped keep me entertained, sane and in good company when I needed it more than I thought, if you haven’t checked these out yet you may want too. Stay Safe.

In no particular order and with a short blurb just for the reading:

AC/DC: Power Up – Getting better with age is a real thing, and this album is all the proof you need. 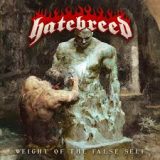 Hatebreed: Weight of the False Self – Who doesn’t want positive lyrics shouted at them and motivating them? With the dark year many have had, this is a great reminder that your future is still in your hands.

Sepultura: Quadra – After building up for the last few albums the Derrick Green fronted version of Seps has again proven that they are more than worthy of your time with and album dripping in their thrash and hardcore roots. 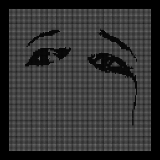 Deftones: Ohms – Accidently releasing an album that captures the crushing loneliness that so many have felt this year is something that only a band like the Deftones could do.

Mr Bungle: The Raging Wrath Of The Easter Bunny Demo – Re-record a demo and flip your fanbase on its head…welcome back Mr. Bungle.

Napalm Death: Throes of Joy In The Jaws of Defeatism – ND doing what they do best, attacking the world with their bleak grindcore political outlook. Pure fury wrapped up and ready to be served. 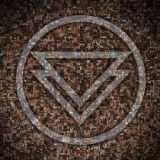 The Ghost Inside: The Ghost Inside – How this band not only made a comeback, but made an album oozing with so much positive mental Attitude that you cannot help but get up and do something righteous with your day beggars belief. Trust me, learn their story and just how big this comeback is. 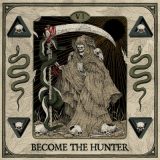 Suicide Silence: Become The Hunter – Following an album that saw the band follow their muse, but lose 90% of their audience, Suicide Silence rediscovered their death like roots and leapt for the listeners throat. 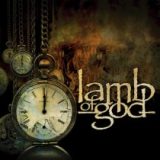 Lamb Of God: Lamb Of God – Speaking of dropping pretence and going for the throat. 2020 was a big year of bands re-proving themselves.

Killer Be Killed: Reluctant Hero – Sounding more formed and informed this time around, reaching the lofty heights set up on their first release.

I am sure there are more releases that deserve to be here that I have overlooked, but that is the most beautiful thing about art, it is subjective in nature, find what you dig and spread the word. 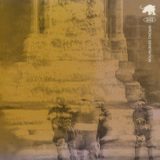 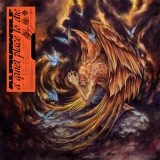 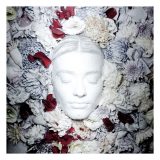 TOP 10 ALBUMS (in no particular order)

Christbait: The Box
Emma Ruth Rundle & Thou: May Our Chambers Be Full
Empress: Wait ‘Til Night
Jazz Sabbath: Jazz Sabbath
Lucifer: Lucifer III
Lucifungus: Derek
Mr Bungle: The Raging Wrath of the Easter Bunny Demo
Napalm Death: Throes of Joy in the Jaws of Defeatism
Private Function: Whose Line Is It Anyway?
Witchskull: A Driftwood Cross