So, 2021 hey? Remember how in 2020 we were told things would actually get worse before they got better, but we were all like, how can things get worse? But then the USA began to eat itself, the Taliban took back Afghanistan in the blink of an eye, Brexit turned out to be the clusterfuck disaster everyone knew it would be, and lockdowns got tougher when COVID didn’t magically go away because we just wanted it to.

Well, art shines brightest when things get dark so of course this year coughed up some incredible and amazing music, even if we couldn’t see much of it performed live. In a year when things literally did get worse, when we lost both one of the final vestiges of 20th Century imperialism and colonialist pomposity and one of the greatest and most strident voices for peace and human rights, along with two of the greatest drummers who ever lived, the music shone through. Here’s what rocked our worlds in 2021. 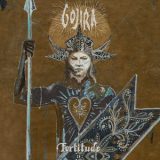 GOJIRA: Fortitude
Gojira pulled out every trick in their immaculate grimoire of metal wizardry with Fortitude. Complex and catchy, technical and heavy, melodic, mesmerising and often savage, this is a remarkable album from a remarkable band at the apex of their creativity. 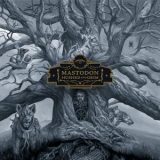 MASTODON: Hushed and Grim
A definite grower due to its sheer scope, Hushed and Grim is an exploration of the grief and sorrow of loss as only Mastodon can project it. A sweeping, brooding and moody epic, Mastodon maintain their reputation as one of the finest heavy bands of their generation. 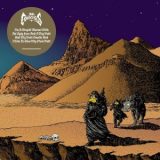 DR COLOSSUS: I’m a Stupid Moron With an Ugly Face and a Big Butt and My Butt Smells and I Like to Kiss My Own Butt
Superbly catchy and wonderfully clever, this righteously sharp and hilarious journey into the realm of television’s most popular absurdist universe was the perfect dose of fun during a time when it was truly needed. Inventive, funny and full of deeply hidden treasures, the finest piece of Simpsons fan art ever. 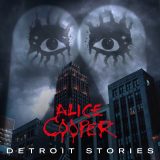 ALICE COOPER: Detroit Songs
Moving through 60s garage, 70 sass n swagger, hard rock and all points of his career in between, Alice Cooper’s love letter to his hometown is another pearler from the performer who continues to prove himself as one of rock music’s most all-time significant artists, more than 50 years on. 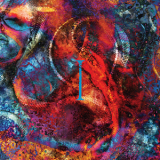 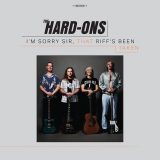 THE HARD-ONS: I’m Sorry Sir, That Riff’s Been Taken
Leave it to The Hard-Ons to go through one of the darkest times in their history, pull off one of the greatest coups in Australian rock and put out one of the best rock albums of the year in a little under nine months! An absolute cracker, with Tim Rogers sounding like he’s always been there. 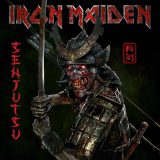 IRON MAIDEN: Senjutsu
Once a blazing high energy metal machine, Iron Maiden finally transcended to the realms of the epic progressive metal for which they had long yearned. Senjutsu is vast, with the emotional depth, musical dexterity and balance of light and shade they have long striven for – and finally achieved. 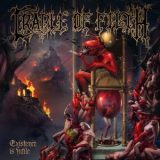 CRADLE OF FILTH: Existence is Futile
The latest in a hot streak of great albums from Cradle of Filth, Existence is Futile marries their speed and darkness with humanity, current world events and true existential terror that makes it particularly stark and meaningful, something which has rarely been said of their work before. A late-career meisterwerk. 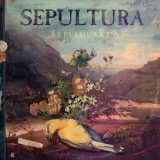 SEPULTURA: SepulQuarta
Live albums don’t usually make these lists, but Sepultura’s collaborative effort was a sterling and inventive effort that kept them connected to fans as they sat out COVID. Inviting guests to add their own touch to deeper cuts was like a revitalisation and a reminder of the sheer power of Sepultura’s music, even today. 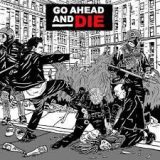 GO AHEAD AND DIE: Go Ahead and Die
What’s not to like about two generations of Cavaleras teaming up on an album of blitzkrieg socio-political thrash and hardcore? Very little, as it turns out. Scorching and abrasive, Go Ahead and Die is a timely and violent album that strikes at the heart of modern America’s turmoil. 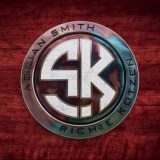 SMITH/KOTZEN: Smith/Kotzen
Two of the finest guitarists of their generation team up for a sublime album of smooth guitar rock, smokey blues and flat out rock and roll. Understated but immaculate, Smith and Kotzen deliver well-crafted, catchy songs with a wide appeal to all manner of rock fans. 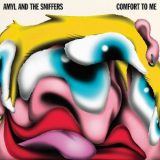 AMYL & THE SNIFFERS: Comfort to Me
Comfort to Me added some polish to the Melbourne reprobates but did little to rein in their wild and brash rock and roll. Amy Taylor shouts vitriol and self-affirmations while the band slams out uncompromising classic street level punk like nobody’s business – again. Top of the class. 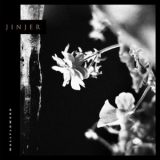 JINJER: Wallflowers
On their triumphant fourth album, Jinjer unleash a relentless assault of savage riffs and lumbering djent grooves in an avalanche of frustration and anger. Equal parts diverse and ferocious, the Ukrainian powerhouse truly step up to a whole new level here. 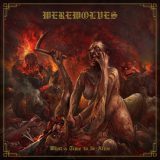 WEREWOLVES: What a Time to Be Alive
With possibly the best album title of 2021, Werewolves’ second album is all about extreme metal and nothing else. From its opening moments, What a Time to Be Alive rips out a path of seething disdain and destruction, misanthropic blackened death metal with no hope of remorse. 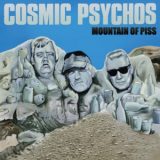 COSMIC PSYCHOS: Mountain of Piss
Perennial punks the Cosmic Psychos can always be relied upon to deliver the goods. Mountain of Piss is another power-charged rock and roll celebration of yob culture, larrikin humour and twisted but astute social observation. Loud, raunchy, raucous and fun. 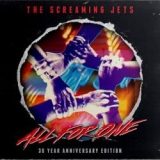 THE SCREAMING JETS: All for One 30 Year Anniversary Edition
One of the best albums of straight up hard rock when it was first released in 1991, the re-recorded 30th anniversary version proves how utterly timeless it was by being just as good now as the original was then. Ignore the critics – this one is actually better, no pun intended. 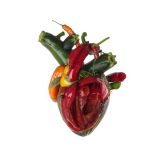 CARCASS: Torn Arteries
The legends of British death metal continue delivering the gore with every tool of the trade at their disposal. Vicious, heavy and unrelenting as ever, the rapacious speed may be long gone, but the calculated precision  and single-minded dedication to their craft still remains. 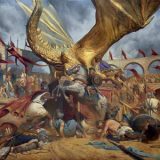 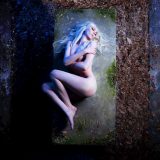 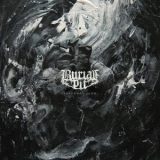 BURIAL PIT: Subhuman Scum
Downcast, discordant and at times difficult to listen to, Burial Pit are the new champions of extreme sludge misery. Subhuman Scum is an agonising monument to the brutality and discomfiture of extremity, utterly dark, crushing, pitiless and devoid of light – just like our current reality.

2021 was a huge year for great releases. There was easily another baker’s dozen that could have made the list above, and here they are: THE UGLY KINGS: Strange, Strange Days, THE AMENTA: Revelator, HELLOWEEN: Helloween, DEVIL ELECTRIC: Godless, EXODUS: Persona non Grata, SHIHAD: Old Gods, SPIRITBOX: Eternal Blue, DANGEROUS CURVES: Summertime Highs, ACCEPT: Too Mean to Die, BE’LAKOR: Coherence, EVERY TIME I DIE: Radical, RIVERS OF NIHIL: The Work, FEAR FACTORY: Aggression Continuum. Plus, let’s not forget the incredible Black Sabbath and Motörhead reissues, particularly the Technical Ecstasy one that really seemed to force a re-evaluation of this previously much-maligned album.

Dan Southall – Reviewer
Well, that was another interesting year wasn’t it? No matter your view on the virus that kept the world from diligently spinning for another year, or the ‘necessity’ of a jab to protect society from its inevitable collapse, the fact of the matter is that it all happened again. We are only just now being allowed to come blinking blindly into the sun as I write this.

But you know what that means right? More live gigs, more local festivals, and more reasons to hang out and drink your favourite sauce with your mates and strangers alike. As well as maybe going and getting a sneaky tattoo, or haircut and a coffee. Local bands, establishments and business’ need all the help they can get after such a tumultuous time. So when you are done here, why not call a mate and catch up. You never know, you might find me amongst it.

This year has been a strong year for so many bands locked up in their various cages. Some holding onto albums waiting for it all to blow over before giving up, others using a combination of pent up energy and idle time to create menacing pulsating masterpieces. Here is a list of some of what has impressed me this year in no particular order.

• Iron Maiden – Senjutsu – It’s bloody Iron Maiden! Sure, it feels drawn out in places. But that laser focus and attention to detail that got them back to the top of the metal pile 20 years ago still shines.
• Go Ahead And Die – Self Titled – Max Cavalera finally recorded the crusty hardcore album he has been promising to make for the last 25 years. Full of social and political venom and tightly packaged to be in and out as quickly as possible.
• ’68 – Give One, Take One – The most danceable album this year. If the opening two tracks don’t have you shaking your rump and having a good time then you are too late for the future of music.
• Gojira – Fortitude – Really, you want me to explain this one to you? After their mournful last album, the Duplantier brothers came back with an added dose of vitriol and their social conscience firmly back in place.
• Sepultura – SepulQuarta – What to do when live albums are dead in the water because there isn’t any gigs? You record across the world from the comfort of your loungeroom with your mates. There is some ripping versions of classic and new songs alike.
• Lock Up – The Dregs Of Hades – Just go back and read my review,. This gave the devil an extra horn. True story.
• Cradle Of Filth – Existence Is Futile – This kept the devil’s horn fucking strong. CoF have always been a band of strengths and weakness. This album is all strength.
• Blaze Bayley – War Within Me – The Wolfsbane and ex-Iron Maiden frontman has never been afraid to discuss his battles with mental health. This album is a full recognition of lockdown depression and a wrap up of positive lyrics and stories in a way that only Blaze and his backing band Absolva can do. If you missed this amongst the melee of albums this year, do yourself a favour and seek it out.
• Fear Factory – Aggression Continuum – Perhaps the most difficultly birthed album by any group in some time, but when it managed to finally make it to our ears it was no surprise that they were out to impress one more time. The vocals were in the can for two years but still dripped with a venom that could melt steel.
• Eyehategod – A History of Nomadic Behaviour – EHG have always lived on the edge, personally and musically. This album is a culmination of the bands influences and sobriety, as well as the musings of vocalist Mike IX as he awaited the a liver transplant.
• Every Time I Die – Radical – By name and nature, this is a band who have always been hardcore at their roots. This album just wants to remind you how to have a good time in the pit.

There are plenty more that warrant a mention such as Times Of Grace – Songs of Loss and Separation or Whitechapel – Kin, as well as the ones I have already forgotten. But I have taken up enough of your time, and there are plenty of other good recommendations here if you haven’t been paying attention to myself and everyone else here at Loud Online this year.

Have a great new year, and remember to get out and support as much as you can. If you don’t the music scene we all love may never fully recover.