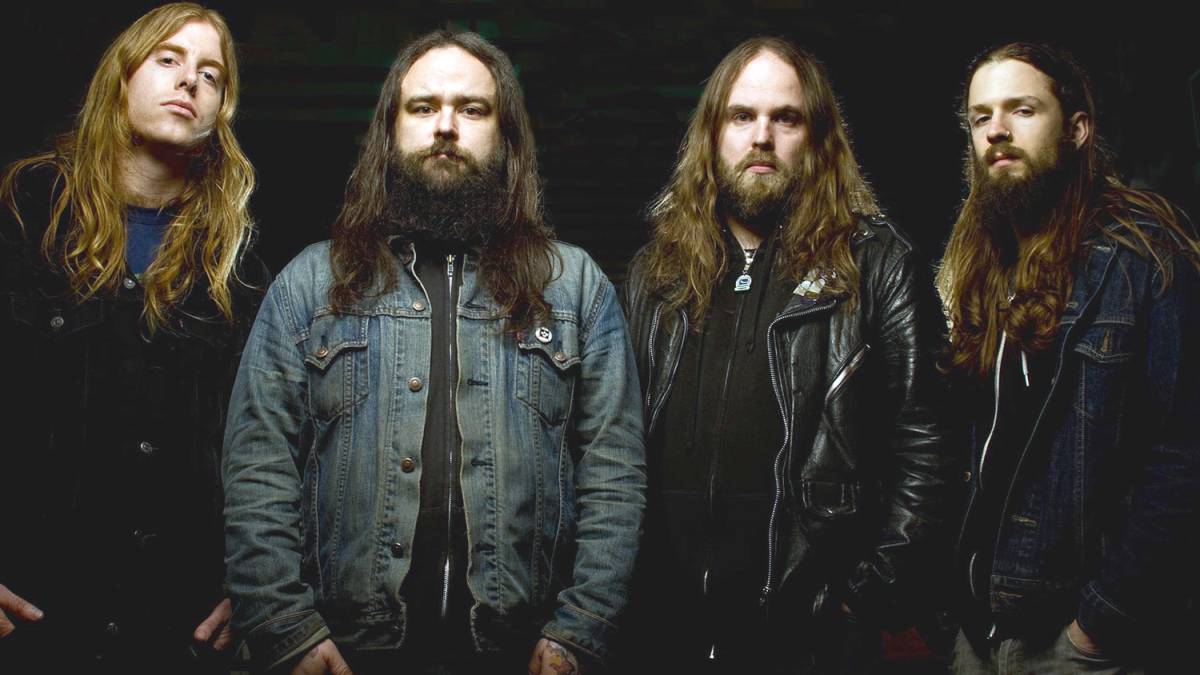 On a short break from touring, 3 Inches of Blood guitarist Shane Clark explains that their dates here on the No Sleep til Festival will be at least their third attempt at an Australian visit for the Canadian metalheads.

“We’ve been very close to coming down and playing but for whatever reason, you know how it goes, our plans fell through,” he says. “I think twice or three times this has happened to us, so it’s definitely good for us! We correspond with a lot of fans who always want to know when we are coming down, so it’s good to be able to finally give them some dates. We’re looking forward to doing a lot of headbanging down there. It will be the perfect live introduction to us too.”

3 Inches of Blood are no strangers to the touring carnival, and Clark is a big fan of them. A few months back the band toured on the Mayhem Festival with Korn, Rob Zombie and No Sleep colleagues Atreyu.

“I’m a fan of the festival atmosphere,” he says. “I like it when there’s a ton of bands, and it’s always cool that you might end up hearing a band that you maybe never would have heard in the first place. It’s always good.”

The Canadians will be in Australia on the back of their very successful fourth album, Here Waits Thy Doom, which cracked the US Top 200 last year, their second record to do so. That level of success has allowed them to fully concentrate on 3 Inches of Blood. The band’s idiosyncratic style has doubtless contributed to their popularity. Their blend of high vocals and growls with traditional metal continues to make them stand out, even with the departure of Jamie Hooper two years ago.

“Well the line-up’s different from what it used to be, but we have that dynamic vocal still,” Clark says. “Over the course of the band’s history, with new members and stuff coming into the fold and new influences and stuff… that kind of created the style of metal that we’re playing. It’s not really difficult to pinpoint, but it’s very much that New Wave of British Heavy Metal mixed with Slayer-influenced riffing and Metallica and stuff like that. It’s a little bit of everything as far as metal goes. We’re not real big thinkers. We don’t have a masterplan of formulas, or whatever. When people point out that it’s definitely different, I consider that a compliment. It’s definitely great when people like what you do. That’s no lie.”

Of course, not every one is a fan. The very high register vocals of Cam Pipes have often proved a barrier to some audiences. Shane Clark is philosophical about this, and is quick to point out that the same problem has also plagued the career of the greatest Canadian band of all.

“I can relate to… well I can’t personally relate to… some people don’t like Rush because of the vocals,” he says. “They won’t even listen to the genius instrumentals and stuff, only because they don’t like what they’ve heard. People are very opinionated, which is great. But I definitely think it’s important to acknowledge the bad along with the good. It just means you’re doing something real. You’re not doing something to please everybody, which doesn’t last very long.”

Having something in common with Rush, even something like having a vocalist many people can’t stand, could almost be seen as a badge of honour for any Canadian group. The Toronto trio are virtually considered gods among men in the annals of the country’s music history. At least to most.

“Well being Canadian, I grew up with Rush,” Clark says. “My sister… she hates Rush! So many people are divided on Rush. I personally don’t understand why you don’t at least appreciate Rush but… you know, to each their own. I don’t really care.”

When I ask him if he thinks that speaking out against Rush might be seen to be in someway unpatriotic in his country, Shane Clark pauses.

“I don’t know what the vibe is, but it’s probably like somebody [in Australia] saying they didn’t like AC/DC. It’s definitely like… lately anyway, there’s a really great movie by Sam Dunn who’s done a documentary on Rush that changed a few people’s opinions. I highly recommend that movie [Rush: Beyond the Stagelights]. If you even only kinda like Rush, you should see it.”

Eventually, the conversation comes back to the upcoming Aussie tour. When he asked what our audiences can expect as they watch 3 Inches of Blood from the pit every night, his answer is simple.

“We’re just gonna do what we do. There’s gonna be a lotta high energy metal being played and a lot of headbanging going on! I’ve heard the metal fans in Australia are very receptive and we throw the energy right back at you. So I think it’s going to be a positive experience for all.

And does he think that his music will have an appeal to the less parochial members of the audience, the hardcore crowd and the pop-punkers?

“Yep! I think so,” he replies without hesitation. “I definitely think that we have… bands that are playing on this tour, and in general… bands have a lot more in common than people realise. I think it’s gonna be a good time man. And if people don’t like it, fuck ’em!”