1988 was the year in which Australia celebrated its “Bicentennial” – actually 200 years since white settlement – and the Iron Curtain began to crumble as the seeds of Perestroika were sown in the Soviet bloc. The first Internet link across the Atlantic was established and Home and Away began infiltrating TV. Hair metal was still at a peak, with Bon Jovi on their way to becoming the biggest rock band in the world as Iron Maiden continued their dominance of metal. But not for long… 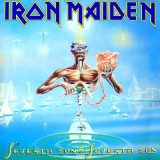 IRON MAIDEN: Seventh Son of a Seventh Son
Created when the band was at the height of their commercial and creative power, Maiden’s seventh album refined the progressive elements hinted at on its predecessor and added actual keyboards to their sound for the first time. While not the complete concept it is often given to be, the main theme of clairvoyance runs throughout, and marked the end of Maiden’s near-decade long dominance of the world metal scene. With the departure of Adrian Smith 18 months later, things would never be quite the same again. 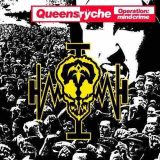 QUEENSRŸCHE: Operation:Mindcrime
With its astute socio-political observations manifesting as a complex, intellectual lyrical storyline, Operation:Mindcrime remains a hallmark for all subsequent concept albums, metal or otherwise. Geoff Tate’s vocal prowess, the band’s astonishing chops and talent for arrangement and story-telling and the solid production values all combined to create one of 80s metal’s most luminous, and timeless, masterpieces. 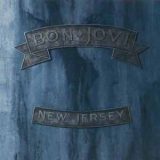 BON JOVI: New Jersey
After finding commercial success with the party rock classic Slippery When Wet, Bon Jovi surpassed records with the follow up, smashing into the #1 spot in eight countries and putting five tracks into the US Top 5. Just as slick but more musically adventurous than previous outings, New Jersey showed Bon Jovi to be more than a one trick pony and turned them into the biggest rock band in the world. 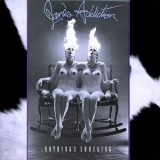 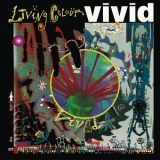 LIVING COLOUR: Vivid
New Yorkers Living Colour proved as chromatic as their name and as cosmopolitan as their city. Vivid was an explosion of hard rock guitar virtuosity crossed with funk, soul, rap and jazz and a sharp social conscience that made for an incredible rock debut. An innovative and original piece of work that continues to resonate and paved the way for further cross-over experiments, not all as successful as Vivid. 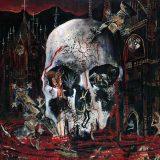 SLAYER: South of Heaven
In the wake of the insurmountable blitzkrieg of Reign in Blood, Slayer decided to go for atmosphere over speed on album number four. Slowing down did nothing to diminish the impact of their super heavy thrash, on South of Heaven the foursome continued to sound just as menacing as ever even as they exhibited new depth and character in their relentless assault. 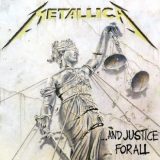 METALLICA: …And Justice For All
Still reeling from the tragedy of Cliff Burton’s death, Metallica’s audacious 1988 double album was over-long and under produced but gave them the major commercial breakthrough they were looking for and won them a Grammy nomination in the newly-created Best Metal Performance category. Their hearts weren’t really in it, and a shift in style was soon to follow. 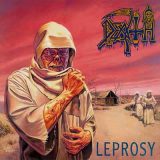 DEATH: Leprosy
A darker album than the debut and recorded with a complete line-up, Leprosy merely added a coat of polish to Death’s coarse extremity, tightening up the songwriting while still exhibiting the wild arrangements of the album before and paving the way for a plethora of extreme underground acts who were just starting to make their mark. 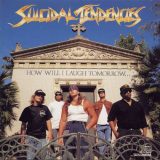 SUICIDAL TENDENCIES: How Will I Laugh Tomorrow When I Can’t Even Smile Today
The Suicidals’ third full length saw the thrash metal elements of their style take over from their earlier hardcore tendencies. The addition of Mike Clark as second guitarist heavied up the band’s sound, Mike Muir’s socially aware commentary was in full flower and their patented crossover was at the peak of its development. 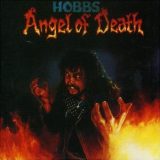 HOBBS’ ANGEL OF DEATH: Hobbs’ Angel of Death
Melbourne thrash pioneers took their European style sound straight to the source, delivering this album through Germany’s famed Steamhammer label before even doing a show in their homeland. A prime slice of early thrash metal menace, Hobbs’ debut is still revered both here and overseas by metal aficionados today.