1979 marked the end of an era. Although it could not have been foretold then, it was the year of Led Zeppelin’s last studio album and the final album AC/DC would record with Bon Scott. Ozzy Osbourne was fired from Black Sabbath, Joe Perry quit Aerosmith and Peter Criss’ tenure with KISS was all but over. But disco was in its death throes and rock was staging something of a comeback. INXS played their first ever show, U2 and Def Leppard made their first ever records and the term “New Wave of British Heavy Metal” was coined in the wake of the review of a gig featuring Iron Maiden, Samson and Angel Witch. A new decade was on the horizon, and here’s some of the records that made it an exciting year. 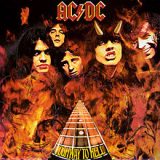 AC/DC: Highway to Hell
AC/DC’s sixth album turned them from up and coming road dogs to international superstars. Highway to Hell beefed up AC/DC’s commercial appeal without damaging their raw power, and the result was the ultimate – and tragically final – combination of the band’s animalistic energy and Bon Scott’s impish charm. 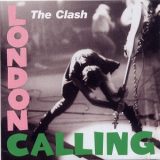 The Clash: London Calling
The Clash’s third album is perhaps the best-realised punk rock record of all time. London Calling encapsulated the band’s angry, intellectual, hard-rocking style and marked both The Clash’s and punk’s coming of age as it headed into a new decade, simply one of the best rock albums ever made that resonates just as strongly today as 40 years ago. 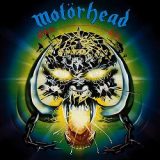 Motörhead: Overkill
Like Highway to Hell, Motörhead’s second official album was a combination of sheer animal and devilish charm. But Overkill had none of the spit and polish, just raw power, energy and immediacy, simple overdriven rock n roll brutality that left its mark as one of the most explosive and ferocious albums ever. 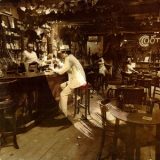 Led Zeppelin: In Through the Out Door
Led Zeppelin’s polarising swansong was a reflection of the state of the giant-killing band at the close of the decade they had ruled. Struggling with addiction and tragedy, In Through the Out Door was the band’s attempt at staying both relevant and ahead of a game they knew was changing. Depending who you ask, it was either a grand triumph or a total failure, but an era had come to an end. 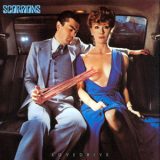 Scorpions: Lovedrive
Following a string of jazz-inflected hard rock albums, the Scorpions changed tack for a pure heavy metal assault featuring the blazing leads of both Michael Schenker and new whizkid Matthias Jabs. Lovedrive established a formula of fast heavy metal and big-sounding ballads that would bring them massive adulation across the next decade. 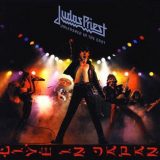 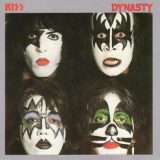 KISS: Dynasty
With the KISS phenomenon at its peak, Dynasty was their first record in almost two years. It marked an end of an era for the band with only one song to feature the complete original line-up and a markedly different sound as they flirted with disco, but it was monster hit, bringing them back to the top of the charts worldwide and spawning a couple of their biggest hits. 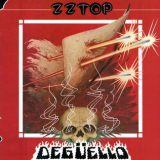 ZZ Top: Degüello
ZZ Top’s sixth album was harder and slicker than their previous efforts. The band grooved harder and they began to take their irreverant and bawdy humour to the next level with probably their wildest lyrics to this point. Degüello  was the sound of a band thoroughly enjoying their craft while churning out a solid collection of sleek n’ sleazy rock songs. 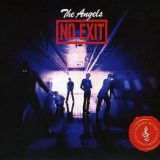 The Angels: No Exit
The Angels’ previous album was still on the charts when No Exit dropped. Another fine example of their hard rock power crossed with New Wave sensibility, the songs were a balance of subtly sophisticated lyricism and simple straight-out rocking, at least half of which still get a solid airing to this day. 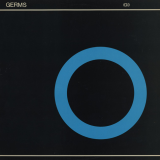 Germs: (GI)
Produced by Joan Jett, the Germs’ one and only album is an exercise of apocalyptic punk rock, short sharp hyper-speed slabs of anger and disdain. Perhaps one of the first true examples of hardcore punk to be recorded, (GI) was an explosive record from a truly chaotic band that would set a precedent for the movement to follow.

If that wasn’t enough to tell you this was a great year, the list of significant albums that dropped in ’79 was impressive: