The 70s had seen rock music changed forever. Bands like Led Zeppelin had reinvented the way bands toured and artists like Queen, Bowie, Kiss and Alice Cooper (to name but a handful) had redefined the way they looked both live and on screen. Metal, punk, disco and reggae had helped to redefine how it sounded as the genres and movements wrestled for attention and dominance across the world. The 80s were about to usher in even more changes, fashions and trends and music stood on the edge of the digital revolution.

Inspired by Kerrang’s article The New Wave of British Heavy Metal the year before, a surge in interest in metal throughout the UK led to the establishment mid-year of the Monsters of Rock festival (the precursor to Download) and the Metal for Muthas compilation that featured Iron Maiden, Samson and Angel Witch and also helped bolster the careers of Judas Priest and Motörhead.

It was a year marked by tragedy in the music world too: Bon Scott of AC/DC died in London in February on the verge of the band’s international breakout and Ian Curtis from Joy Division committed suicide right before a US tour. Two of the biggest bands ever also met tragedy: Led Zeppelin officially disbands on December 4 in the wake of drummer John Bonham’s death in September, and four days later John Lennon in murdered outside his home in New York. A savage and brutal end to a year of immense global turmoil that saw the Moscow Olympics heavily boycotted in protest at the Soviet invasion of Afghanistan, terrorists took over the Iranian embassy in London, the Iran hostage crisis continued to drag on and Ronald Reagan became the US President. Perhaps coincidentally, or maybe some stroke of weird fate, but among all of that 1980 produced some landmark rock recordings. This list could have easily been twice as long. 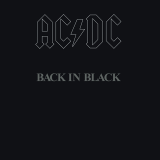 AC/DC: Back in Black
Only a band with the self-belief of AC/DC could have rebounded as strongly and as quickly from the tragedy of a frontman’s death. Back in Black was not just a tribute to their lost friend, nor was it just another rock album. This was an almighty powerhouse of rock and roll with a string of high energy tracks that took over the radio across the world, propelling AC/DC to arena superstardom and going on to outsell almost every other rock album that has ever been released. 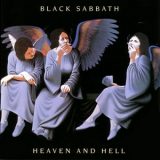 BLACK SABBATH: Heaven and Hell
No one could have expected Black Sabbath to survive the split with their charismatic but problematic frontman Ozzy Osbourne, but a chance encounter with the mercurial Ronnie James Dio soon led to the creation of their best album in five years. Heaven and Hell was a Black Sabbath that sounded almost nothing like they had before, a re-energised band going in a completely new sound for a new decade. 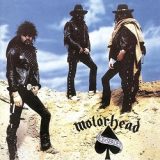 MOTÖRHEAD: Ace of Spades
Motörhead had already made two pretty good records that had won them fans from both punk and metal, but Ace of Spades was their tour de force.
Fast, visceral, heavy and raw, Ace of Spades is the perfect synchronicity between punk, metal and rock n roll, one of the greatest hard rock albums of all time, another standard-setter for the decade to come and a title track that set the template for thrash. 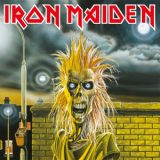 IRON MAIDEN: Iron Maiden
By 1979 Iron Maiden was at the vanguard of what would be retrospectively called the New Wave of British Heavy Metal. Their debut album was fuelled by a punkish immediacy (despite Harris’ protests to the contrary) and a love of early 70s British metal and prog, with a speed and skilled delivery few other bands on the scene at the time could match, an introduction to a band about to influence metal from that time onward. 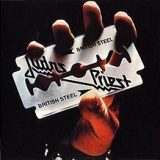 JUDAS PRIEST: British Steel
Heavy, hard, speedy and slick, British Steel built upon the template of Priest’s previous success with Killing Machine. Released on the same day as Iron Maiden and with a cluster of songs both hard as nails yet commercial enough for radio and helped by a new interest in metal thanks to the NWOBHM, British Steel opened the gates for Judas Priest’s near superstar status in the 1980s. 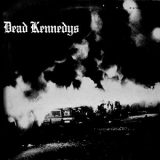 DEAD KENNEDYS: Fresh Fruit for Rotting Vegetables
San Francisco punks Dead Kennedys dropped their scorching debut right as America was about to swept into a new era of neo-liberalism at the hands of the Reagan administration. It was then, the perfect protest album. Jello Biafra’s caustic political observations were delivered in his undeveloped whiny rant, loud, noisy and fast but eloquently structured songs played through a filter of rockabilly and surf-rock riffs and straight-up punk rock energy and attitude. 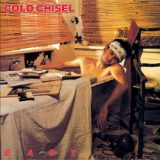 COLD CHISEL: East
AC/DC may have been our best known band overseas, but in Australia 1980 belonged to Cold Chisel. With its fine collection of radio-ready tunes ranging from smoky blues to sizzling, politically-charged hard rock, East wasn’t just Chisel coming through the door – it was knocking the entire house down as they went from rising up and comers to the biggest band in the country. 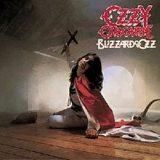 OZZY OSBOURNE: Blizzard of Ozz
If Black Sabbath sounded different without Ozzy Osbourne, Ozzy’s solo debut was nothing like Black Sabbath. Building an incredible team around him that featured the songwriting clout of Bob Daisley and paradigm-shifting guitar playing of Randy Rhoads, Blizzard of Ozz was Ozzy completely reinventing himself for the next generation of rock and metal fans. 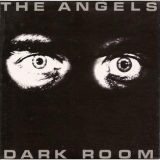 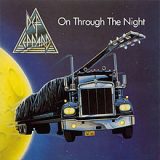 DEF LEPPARD: On Through the Night
Like Iron Maiden, Def Leppard were at the very forefront of Britain’s new heavy metal revival. Similar but different, Leppard added glam rock hooks and a pop sensibility to their blazing solos and speedy riffs on their debut collection of tightly-written and well-paced metal tunes. On Through the Night demonstrated a creative savvy that would lead to Def Leppard’s dominance of the rock world by the end of the decade.

As already pointed out, this is just a sprinkling of what we could have included. Let’s list a few more: Joy Division: Closer, Ramones: End of the Century, Saxon: Strong Arm of the Law, Queen: The Game, Circle Jerks: Group Sex, Killing Joke: Killing Joke, Boys Next Door: The Birthday Party, The Clash: Sandanista!, Rush: Permanent Waves, Stiff Little Fingers: Nobody’s Heroes, Van Halen: Women and Children First, Girlschool: Demolition. What a year.