Hard rock was in ascendance in 1971 as the hippie alternative psychedelia of the late 60s was made further redundant by the continued escalation of the Vietnam War.

While protests across the US and Australia grew in intensity and size, rock music was entering a darker and heavier phase. In a year dominated by wars in South East Asia where conflict and genocide engulfed Laos and the future Bangladesh, the US landed another six men on the Moon and three Soviet cosmonauts died in space, Muhammad Ali lost to Joe Frazier, Jim Morrison died in France, William McMahon replaced John Gorton as Australian PM after a tied confidence vote and England and the Aussies played the first ever ODI in Melbourne, 1971 also seemed to belong to big rock epics, and the albums showcased here were loaded with them. For some of these artists, these records are still considered their very best work. 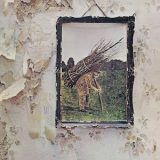 Led Zeppelin: Untitled
Barely four years into their career and Led Zeppelin was already on track to be one of the biggest bands of all time. But their determination to let their music speak for itself was stronger than ever after the lukewarm critical response to III, so album number four came without a track listing, a title or even the name of the band. And speak it did – this is a peerless record that shows off the full range of Zeppelin’s personality, from full-blown heavy rock and psychedelic freak outs, thunderous blues jams and Celtic folk fantasies to the towering majesty of Stairway to Heaven, the benchmark for all rock epics to come. Other albums and excesses were to come for the band that dominated 70s rock, but this was arguably their artistic and creative peak. 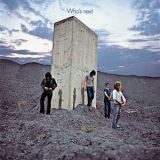 The Who: Who’s Next
In the wake of Pete Townshend’s frustrated effort at creating another rock opera to follow Tommy, The Who opted instead for a full-blown hard rock album. While they had long been considered pioneers of heavy rock, with Who’s Next they went for broke. Roger Daltrey took vocal histrionics to another level while Keith Moon’s more focused drumming actually gave the tracks more power as The Who experimented with dynamics, synthesisers and computerised music, well-placed acoustic moments and a fuller, well-balanced production that added even more impetus to Who’s Next sonic attack. 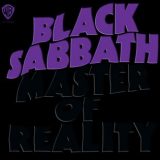 Black Sabbath: Master of Reality
Three albums in and Black Sabbath only seemed to be getting darker and more bleak. Master of Reality’s protest songs and Apocalyptic visions were thrown into starker relief by down-tuning and a total lack of reverb, bigger drums and bone-dry, bludgeoning riffs. Children of the Grave set a new standard for heaviness and even Sweet Leaf, their paean to pot smoking, sounded like doom – a word that would later come to embrace heavy metal music of this nature. Master of Reality is where ‘heavy’ and ‘metal’ truly met at last. 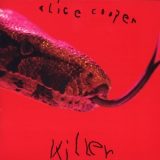 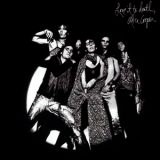 Alice Cooper: Love it to Death and Killer
Too weird for LA and with two failed albums of psychedelia behind them, Alice Cooper moved to Detroit in 1970 and fell in with the hard rock crowd. The next year they delivered two stone cold, cornerstone heavy metal classics. Love it to Death tightened up their songwriting and heavied up the sound; Killer further refined that direction – both are loaded with high-energy proto-metal growl, lumbering riffs, theatrical garage rock and darkly sarcastic social observation from a band playing everything to the hilt. 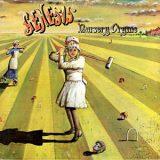 Genesis: Nursery Cryme
Nursery Cryme came out a time of flux for Genesis as they recruited Phil Collins and Steve Hackett and adopted a more aggressive direction. On their third album, the band let themselves indulge in instrumental and theatrical prowess, creating tales of haunted music boxes, murderous plants and Classical mythologies with doses of humour and spectacularly inspired musicianship that established them as one of the pre-eminent progressive acts of the 1970s. 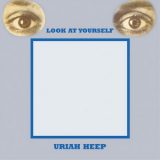 Uriah Heep: Look at Yourself
The second of two albums Uriah Heep released in 1971, Look at Yourself was the album where the band’s progressive rock inclinations met their heavy metal power perfectly. Ornate vocal harmonies and operatics, swirling organ, acoustics, symphonics, stomping hard rock majesty, Look at Yourself had everything that the Heep had so far brought to the table finally in balance, best realised by the immense epic July Morning that dominates side one. 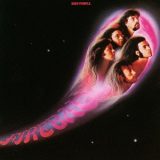 Deep Purple: Fireball
The second album to feature their classic line-up, Fireball came in the middle of a run of excellent albums from Deep Purple. Focused and diverse, there was humour and a sense of fun with a spirit of adventure and inventiveness as they again mashed big riffing heavy rock with classically-influenced progressive proclivities onto an album unlike any other they would later create. 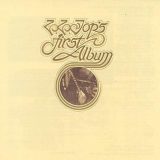 ZZ Top: ZZ Top’s First Album
The first album from Texas rockers ZZ Top immediately established their brash, gritty playing and the breezy humour of their attitude. Incorporating boogie, blues and hard rock ZZ Top’s First Album was heavy-hitting, gut-punching rock and roll flavoured with a distinctive Texan rock feel and groove that would colour all the band’s future releases. They would make better albums, but this showed a band that meant business. 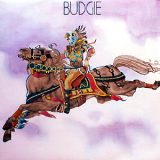 Budgie: Budgie
Welsh power trio Budgie had been making a racket since the late 60s. Their first album was wild heavy metal abandon, like Black Sabbath on copious amounts of acid with Robert Plant strung out on psych drugs doing vocals. Chaotic and bombastic songs explode with a flurry of riffs and Burke Shelley’s barely controlled wail, every song going in completely unexpected directions, everything teetering on the cusp of total insanity. Budgie is a genuine wild ride.