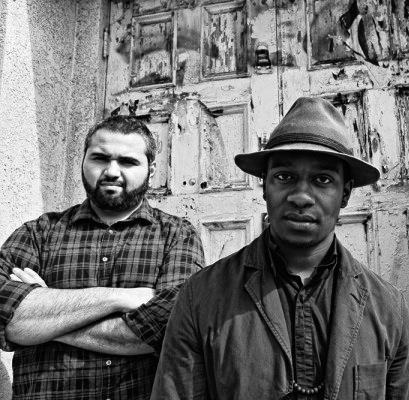 Animals as Leaders: Without Words

Progressive instrumental unit Animals as Leaders are hitting Australia this week for the first time, taking part in a tour package with Between the Buried and Me. A couple of weeks back, Loud had a chat with band founder Tosin Abasi for some inside information.

First of all, it’s going to be nice to have you here. And with Between the Buried and Me as well. That’s probably going to be pretty special.
Well thank you. We like playing with those guys and it’s great that people are excited about us coming down there.

Instrumental bands are quite rare in the metal world, and in rock generally really. Why did you choose to play music that doesn’t use vocals?
Musically, there’s probably a lot of people who like what’s going on with metal music, but primarily where the vocals are screamed or growled or whatever, it’s a turn-off for them because they don’t perceive it as a musical element. I was a metal fan – and I still am, but I’m a fan of a lot of other musical genres as well, and not having a vocalist has allowed us to do certain things with our compositions and has allowed us to reach audiences that are not metal fans and let them hear what we’re doing.

So do your albums then follow particular themes or concepts?
The songs are guided by abstract imagery… we use our music to create a sonic enviroment, sort of other-worldly and also emotionally compelling, that’s familiar but also alien at the same time. It’s trying to balance a lot of things. As far as concept goes, I try to take the vibe of each song and apply some imagery that comes to me and try to name the songs appropriately. And sometimes, we come up with some pretty consistent song titles that creates the sense of a concept.

Do you find it easier to follow a concept because you’re concentrating solely on music and not having to develop a lyrical story as well?
I’ve never taken a concept and then composed the music to represent that concept. It’s usually more of a simple imagery. With Weightless, I was just reading a lot of Arthur C. Clarke and science fiction and I just liked the idea of leaving the Earth and being weightless and the idea of alien worlds. And then the music itself has a bit of otherworldly quality to it. So a lot of the songs are vaguely pointing towards this concept of otherworldly existence, weightlessness and stuff like that. But that wasn’t the theme of those songs. I wasn’t thinking of thinking of those concepts and then writing the material. It was kind of like the other way around.

A few people I know were thrown at first by the electronic sounds, even going so far as saying that your music was like a computer game theme.
We’re not gamers at all, but instrumental music is pretty conducive to computers games, I guess. We didn’t want people to think about computer games, it was just another texture, but I can see where they’re drawing that comparison.

Has anyone ever approached Animals as Leaders about working on music for a game?
No, but sometimes I’ll visit a message board for gaming, forums and stuff like that, to see what people are listening to when they play a particular game, and our name crops up quite a lot. So it seems like just a matter of time before we’re working directly with a developer for a game, or maybe a film.

Is there a band or a musician that’s influenced you that you think perhaps doesn’t get a lot of attention that you could recommend to fans of your music to check out?
There a guitar player called Kurt Rosenwinkel who is under the radar of a lot of jazz players, and even other musicians. He’s not exactly well known, but his approach to melody and harmony is really refreshing and, I think, at the cutting edge of harmonic ideas involving guitar. So Kurt Rosenwinkel is a huge influence on me. Adam Rogers is great guitar player. Great harmonies, great technique, great compositions, very unique and refreshing.

What’s the thing you are looking forward to the most about coming to Australia?
I think it will just be great for the whole band to play down there. I’ve done a lot of clinics and I noticed there was a lot of enthusiasm and people asking when the whole band was gonna come with me for some performances, so that’s what I’m looking forward to the most. Finally being able to play with the entire band.