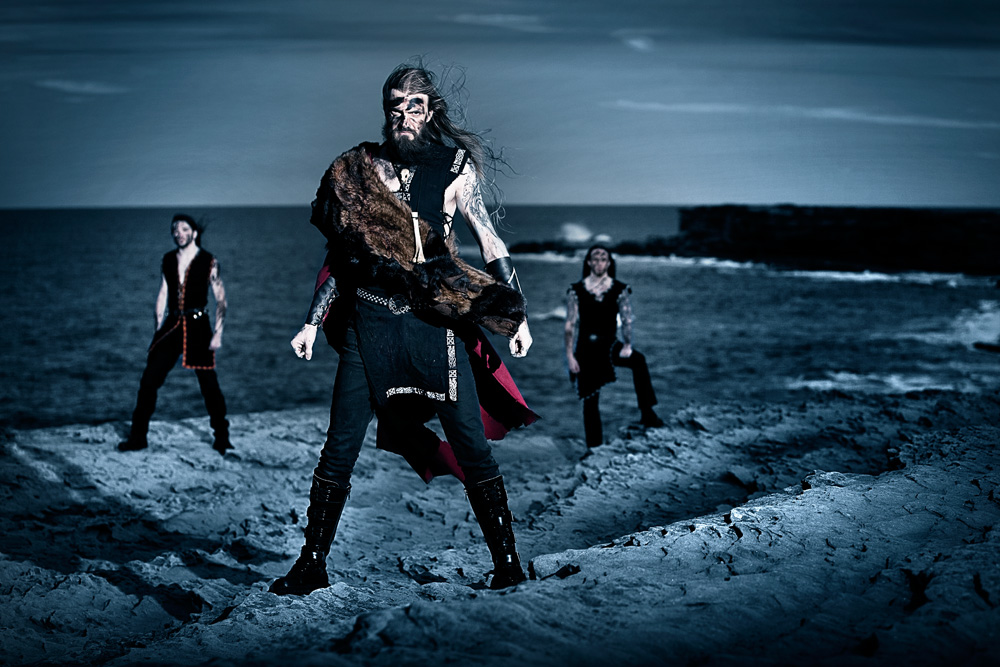 Bane of Isildur: On Wings of Black

Home > Features > Bane of Isildur: On Wings of Black

Sydney melodic death/ black metallers Bane of Isildur have steadily been gathering momentum since forming in 2006, culminating in the release of their debut full-length Black Wings last year. Loud spoke to bassist/backing vocalist Ray McGill about the reception afforded their debut, writing new material, their recent Japanese tour, performing on the Sydney leg of the Loud-approved Bastardfest and more.

Q: Black Wings was released last year and appeared to be well-received. Did the album itself and the response afforded it live up to your initial expectations?
A: I believe it was very well-received. We are selling a solid amount of digital and hard copies both here and abroad. There are always big expectations for a first full-length album, especially in our case of it taking such a long time along with lots of money and effort going into it so we could have it sounding how we wanted it. In saying this, we were certainly happy with the end result. The response from fans new and old has been excellent, all the reviews have been positive and you really can’t ask for much more than that.

Q: Indeed. Our reviewer enjoyed the record but wasn’t too fond of the AC/DC cover. Why did you select that song and have you got plans for more covers in the future?
A: Shea (Cramer, guitars) just started playing the intro riff at rehearsal one day a month or so before we were heading to the studio, and we decided to do it. We’d talked about doing a cover for a long time and wanted to do an Australian song, that we could sort of make our own, so AC/DC was kind of an obvious choice. ‘Hells Bells’ is a pretty tough sounding song as well so it was pretty easy to make more ‘metal’. We are of the opinion with covers that you either have to do it perfectly like the original, or do something to make it your own. We did the latter; most people seemed to like it, although, as you say, some were less than enthused with our take on it. These things happen. We haven’t really been talking about future covers at this stage, but no doubt there will be another one at some stage.

Q: Is the band currently writing new material and if so, how far into the writing process are you?
A: At this stage Shea and Aaron (Warboys, vocals/guitars) have the better half of an album written and now we are starting to work on structuring and refining the ideas as a whole band. We’ve been jamming on one new song in particular quite a bit. After Bastardfest the plan is to take a break from playing live and really concentrate on writing for a couple of months; this should give us an idea of when we’ll be expecting the new album to take its final shape. We are hoping to get things prepared for a release sometime next year.

Q: Good to hear. How is the new material shaping up compared to Black Wings?
A: It is maybe a bit early to say at this stage. There is definitely more of a black metal leaning than with some of the tracks of Black Wings. It’s also proving to be more ‘epic’ than previous offerings. To throw the cliché out there, we are focusing on making the new stuff heavier, darker and more furious than we have done before. Another thing is, with Dave (Pietersz) joining the band on drums, we’ve gained a lot more freedom to do whatever we want I guess. Whereas in the past we’ve had to deal with some different limitations of what people could pull off live, which is always frustrating.

Q: Bane of Isildur recently returned from a Japanese tour. How was that experience and does the band have further overseas touring plans in the pipeline?
A: Japan was an amazing experience, it is an awesome country to visit and it was a lot of fun to play shows there. The shows in Tokyo and Nagoya were packed out, and the crowds really like to get into it, which makes it a lot easier for us. Everyone seemed to want autographs and photos with us as well, which was a pretty funny thing to get used to. We are currently looking into some more Australian and overseas touring for next year, but nothing is locked in at this stage.

Q: Do you think more Australian metal bands should save their money and network as hard as possible so they can take their music overseas like you did?
A: Absolutely, bands should take themselves out of their comfort zones and really test themselves, playing in different places with crowds who don’t necessarily know all of your material. You’ll learn more from one interstate or international gig than you will at five in your home town with your mates in the crowd. There really is no better feeling than getting to the airport early in the morning and cracking open the first beer of the tour.

Q: (Laughs) The band has opened for some major names in extreme metal, but if you had your choice who would be the three bands you’d most like to support?
A: In my opinion the best thing about supporting a major band is getting to see how they go about things, from sound-checks to destroying crowds. The fact that you are playing as well is kind of separate, so for me it is more about bands I’d like to see up close, and at the moment, taking into account our style otherwise Virgin Steele would be at the top, it would be Primordial, Moonsorrow and Ihsahn (or Emperor).

Q: The band’s upcoming touring schedule includes a performance on the Sydney leg of Bastardfest. What are your expectations for this festival?
A: It is going to be a great festival; the lineup of bands is really impressive and the Sando isn’t a bad venue at all. A lot of Australian metal festivals get too caught up with just having a lot of bands, with a lot of them being up-and-coming bands or relatively unknown bands. There aren’t any passengers on the Bastardfest bill; every band has headlined shows before, and every band has earned their stripes. It will be a great gig.

Q: What do you think Bane of Isildur can bring to Bastardfest that the other bands can’t?
A: That is quite tough considering the variety of bands playing the show, and I don’t think any two bands on the bill really sound the same, so we will all be bringing something to the table. Having said that, we are probably the only band playing older style melodic death metal, with a black metal leaning on the bill. Also, I am certain I will be the only one playing an Ironbird bass, which is important as well.

Q: Any famous last words?
A: The time is at hand and the enemy approaches. Prepare to attack!