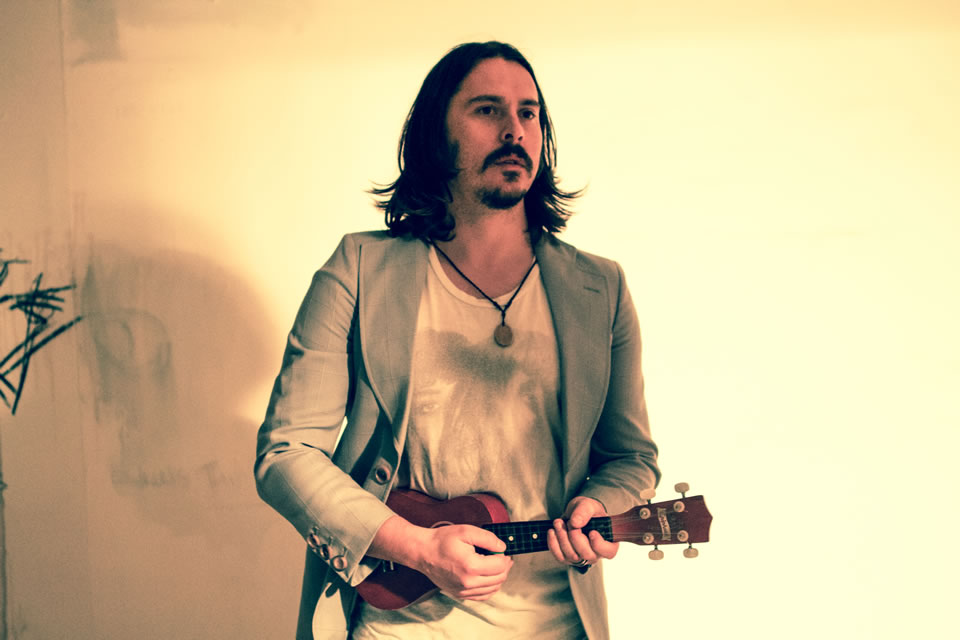 Bento: Some Days are Diamonds

As the drummer with Silverchair, Ben Gillies has had five consecutive #1 albums, won more ARIA Awards than Springsteen has Grammys and sold in excess of six million records, putting him and the band into a strata of the Australian rock hierarchy inhabited by only a very few. Yet when he calls for this interview, he sounds just like any young musician excited about his new album. He even apologises for ringing a little early, asks if I need more time, then rings me back a few minutes later.

“It’s been about two years in the making,” he says cheerily when he gets back on the line, referring to Diamond Days, the first album from his new solo project Bento, the subject of our chat today. “I kind of started working on it in between doing some Silverchair recording and then when Silverchair decided to go on an indefinite break, I thought, I’m just gonna keep going with my thing. That was two years ago. Because I’ve had a lot of songs and ideas floating around, I kind of had to massage some of the ideas to make sense of them and it’s been a process, but it’s been a friggin’ fun one!”

While piecing the album together was a gradual process, compiling the material took longer still. The genesis of Diamond Days goes back almost a decade to old ideas that didn’t fit into Silverchair’s evolving oeuvre.

“Some of the ideas are about eight years old. I took a step back from the writing for a few years in Silverchair when Dan changed his approach a little bit,” Gillies says. “But as a song writer and an artist it’s not something that you can turn off. And I don’t want to turn it off.”

Silverchair’s announcement of an extended break in 2011 after fifteen years at the pinnacle of the national music scene finally meant that Gillies had the opportunity to develop those long dormant ideas, free of the restrictions of recording and touring schedules that huge bands are bound to.

“I love what I do and I love song writing and I’ve always written ideas and songs and Silverchair’s such a mammoth and big thing, and I love that and I’ve been part of that for longer than I can remember, and I love being in the band and I love playing music with those guys,” he says earnestly. “Sometimes you don’t have energy left for anything else. So, in a way, us going on a bit of a break has been a blessing in disguise because it’s given me time to focus on all those ideas I’ve had over the years and put some time into my baby. It’s been really really exciting.”

No matter the importance of the roles Gillies and bass player Chris Joannou played in Silverchair – Gillies co-wrote almost every song on the band’s first two albums – most attention was focused invariably on Daniel Johns, often for things unrelated to his music. Gillies admits jokingly that Bento is his turn in the spotlight.

“Fuck yeah! In my mind I’m shining like the brightest star in the sky!” He laughs, then continues more seriously: “It’s a different thing. It’s really hard to compare Silverchair to what I’m doing now. It’s apples to oranges. I think Silverchair has those big budgets, a record company, structure, there’s like…  management we’ve had for fifteen years. There’s just a lot of formula involved. I don’t have any of that to tap into so my thing’s very DIY. We give 100% to Silverchair, and we all add our own little piece. It’s a totally different thing.”

Musically, Bento– the name, according to Gillies, reflects the baring of his soul, “a piece of everything that I’ve been doing for the past six or seven years” – has a loose, indie rock vibe to it that’s quite removed from the layered, polished rock and pop of Silverchair and includes one track that is almost completely guitar solo. Like his previous excursion Tambarlane, it’s identifiable but different to his other band.

“My musical lineage is very much based in that old 70s kind of rock,” Gillies says. “I’ve always been an old rock guy at heart. Between Led Zeppelin and James Brown, I’m done. I’m happy. I love new music and I love a lot of other music as well, but to me this is like an indie-pop-melodic rock for 2012, going into the future.”

Diamond Days will be released digitally worldwide on October 26. That’s exciting for Gillies because it means Bento is free of the staggered release schedules that were imposed on Silverchair albums, and also because it’s instantly accessible to anyone, anywhere. As he’s already pointed out, Bento exists outside the Silverchair machine as an independent enterprise, and for him the digital age is a huge boon to independent artists.

“It’s great for Bento because the digital age and the online stuff is so strong for indie artists, it just gives you so much more room to move. There’ll always be live music and there’ll always be people buying music. But how to they do that? It’s always changing. You’ve just got to embrace it,” he says. “I think artists – local artists and international artists – really need to embrace the future, whatever is the current climate. It’s sink or swim, and if you don’t embrace it and look at the positives, then you’ll sink. Yes, record companies and that wanna make money, but for artists, we just wanna make good music. And I think in terms of that it’s really good because there is so much clutter, so much musical clutter, that only the really good stuff shines through. All of a sudden it starts sifting out all the bad music and all the good stuff kinda comes through.”

Music has been good to Ben Gillies, and his passion for his art continues to carry through. There’s no trace of cynicism in his voice as he talks about his past or what he hopes to do in the future, even if he does confess that attaining such a degree of success has certainly been beneficial.

“The success is great, and you kind of almost have to have that balance between art and commerce once you get to certain levels because you want to keep pushing the envelope and seeing how far you kind push your mind in terms of creativity. Sometimes in order to do that you do need money,” he admits. “Which is a shame. But it’s like any industry really. Once you get to a certain point you’ve got to push forward. To me it’s always been about the music and having a good time and playing songs or playing something that makes those hairs stand up on the back of your neck.”

“It’s always about the music” is a cliche, but most cliches are also true. Ben Gilies was already a professional musician when most people he knew were still struggling to complete school exams. He’s had the sort of success in his chosen field that most others merely aspire to. If his heart wasn’t in it, he could have quite easily walked away a decade ago.

“I’ve never done music to sell millions of records or be famous or anything like that,” he declares. “I’ve always done it because I love it. I love writing songs and I love coming out with new melodies and new beats and all that stuff. I’m still like a little kid in a candy store. The reason we were so successful early on was that we discovered that. That’s what we loved to do so much. I feel as enthusiastic now as I was when I first started playing drums when I was eight years old. It’s just exciting for me everytime I play. That’s why I do it.”

It’s that attitude that he’d like to impart to others, along with a caveat for those who aren’t in the game for the right reasons.

“Everything I’ve ever done,” he says, “I’ve done it because I fuckin’ love it! I’m having the time of my life! I love what I do. And I think that’s how people become successful, because they’re so pumped about what they do and they’re so excited about it – that’s what shines through. If you’re still out there trying to do something just to get famous, well, people can smell a rat, mate!”