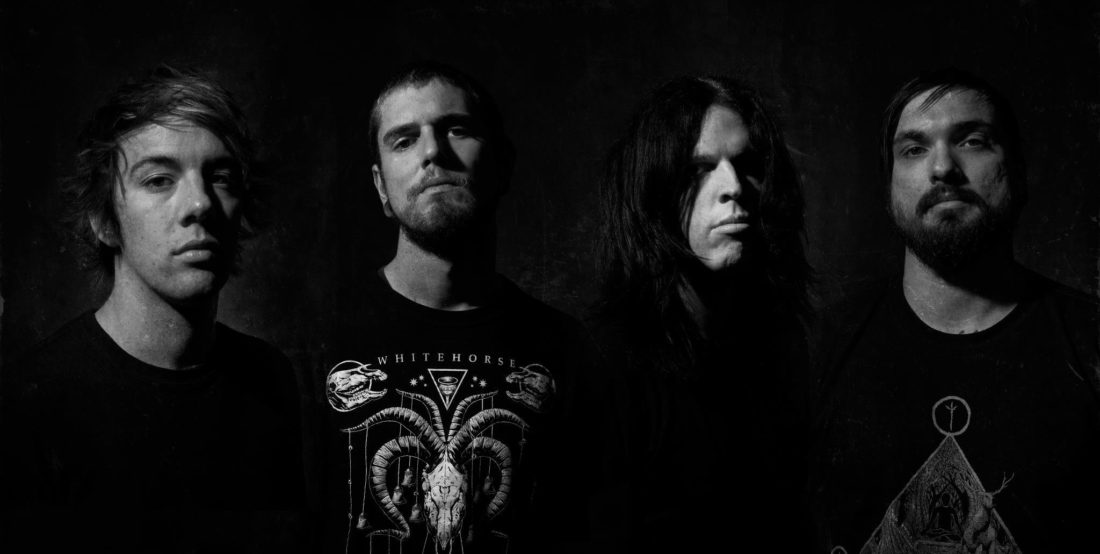 Beyond Terror Beyond Grace: A Change of Pace

Home > Features > Beyond Terror Beyond Grace: A Change of Pace

Sydney outfit Beyond Terror Beyond Grace pulled off a rare trick recently. After playing more than 55 shows throughout Australia, Europe, the UK and the US in recent times, the band released new album Nadir. Their creative about-face from Napalm Death-inspired grindcore to ambient post-metal/black/death was remarkable. The band will now perform at the Sydney leg of Bastardfest. Guitarist Scott Heldorf talked to Loud about the festival, their new creative direction, “hipster black metal” and more.

Q: The band has undergone a significant shift during the past few years, both in terms of musical style and personnel. Can you fill us in on just what has happened within the Beyond Terror Beyond Grace ranks of late?
A: The biggest musical shift for us came in between our European and US tours, where we decided to change our musical direction from the short, fast grindcore songs we were playing to longer, more dynamic and ultimately for us, more interesting tracks. As far as personnel goes, we currently have a new drummer playing for us. Dan Grainger (from Wardaemonic and Nexus) has been a great addition and is a top-notch drummer who slipped into the position easily.

Q: It’s rare for a band to make such a radical change in sound, yet pull it off so effectively. What were the reasons for this decision and were you at all nervous about how it would be received?
A: The main reasons for the change in music style came down to all of us and our individual tastes dovetailing into something we all enjoyed playing. We all love grindcore and the band had played those tracks for quite some time, but we wanted to do more with our music which is hard to do with 30 second to one-minute tracks. Myself and Blake (Simpson, vocals) listen to a lot of black metal, both old and new, so we were always going to be pushing for that influence in the new album. We ended up with an album that was as ambient as it was frenetic, which was our end goal, really. I don’t think being nervous about it was part of the equation at all. We made peace with the fact that we would probably lose some fans in the process, but at the same time, there is no point writing and playing music you don’t enjoy yourselves.

Q: Indeed. Did you still have any fear of a backlash from fans though, either for the lineup changes or the creative shift you made on Nadir?
A: There is inevitably always going to be some sort of backlash regardless of what a band does or how well they do it. We are used to that kind of thing by now and really couldn’t care less what people think about us or our music. We don’t like to feed into that sort of negative bullshit because it doesn’t get you anywhere at the end of the day. The proof is in the feedback the album has gotten, and I think that speaks for itself.

Q: What has been the response from your audience thus far – have some fans already abandoned ship as a result of your new sound?
A: The overall response to the album has been really positive. Of course we had our doubts about how well it would be received here, but more importantly overseas. So when we get that kind of positive feedback from fans and reviewers not just here, but all over the world, it’s an awesome feeling. We have been lumped into the ‘hipster black metal’ category multiple times because none of us really look like ‘black metal dudes’, which I find hilarious. I think people should just listen to the music without having to pigeonhole it so readily.

Q: Well said. How, if at all, has the band’s lyrical approach altered during the past few years?
A: Again, the lyrical content has changed drastically with the lengthening of the tracks and the change in musical style for the new album. The new album was basically a concept album referring to cults, mass suicide and the ability some people have to control others when they are at their ‘nadir’. The lyrics were always going to be dark, brooding and bleak. Blake is not only an amazing vocalist and frontman, but an excellent writer and very talented lyricist who crafted the lyrics based around that theme.

Q: The band also signed to Willowtip, a label renowned for selecting intriguing, forward-thinking bands, for the release of Nadir. How did this come to happen?
A: We have been big fans of Willowtip for quite some time, and they have obviously released albums for amazing bands like Misery Index, Cephalic Carnage, Psycroptic and many more. For this reason we were very interested in seeing what they thought of the new album. It was just a matter of us approaching them, sending the mastered album and crossing our fingers.

Q: Does the band plan to do any foreign touring in support of the new record?
A: At this stage we are unsure of any overseas touring plans. A lot of us have life commitments like university and work that are taking priority at the moment. I hope we can get back over there at some stage but that remains to be seen! Next year may see us do some shows around Australia. Everything is up in the air at the moment.

Q: You will be appearing at the Sydney leg of the Bastardfest tour. What can fans expect from your set?
A: Our set at Bastardfest will be all new material from the album. I don’t want to give too much away as we like our live show to take people off-guard. We don’t use much light on- stage and it’s a pretty intense set.

Q: What bands are you looking forward to catching at the festival?
A: Well I just found out that Pyscroptic have been added to the lineup which is pretty fucking amazing. We have played a lot of shows with those guys over the years; they have helped us out a lot and they are by far my favourite Australian death metal band. Blood Duster is always going to be a favourite too. There’s a shitload of good bands playing on the day, it’s going to be a lot of fun.

Q: On a more personal note, what have been some of your favourite releases of 2012 thus far?
A: I have been listening to the new Hour of Penance album Sedition a fair bit, along with Black Breath’s new release Sentenced to Life and Silencing Machine by the always amazing Nachtmystium. All killer bands and albums!

Q: Any famous last words?
A: Don’t be shit, come to Bastardfest. It could very well be the last show we play.