Since first descending on the country’s stages in 2015, there’s been very little to stand in the way of hyperactive sludge trio Black Rheno. Together, the three piece blazed their way through venues up and down the east coast, leaving audiences bemused and amused as vocalist Ryan Miller – Milla to most of us – rampaged through rooms, jumped onto tables, leapt from balconies and occasionally snatched phones from punters’ hands as he charged around headlong.

“If someone’s looking at their phone I grab it and put it in my back pocket and say ‘Get off your phone, man!’,” the gregarious frontman says with a chuckle. “I always give it back with a smile on my face and I have a giggle and they have a giggle, and it’s fun. I don’t take it too much to heart. I just do it because it gets a reaction and it’s funny.”

Black Rheno have adopted the same philosophy as modern barnstormers like King Parrot, Totally Unicorn, Clowns and others who often take their frenetic energy beyond the limits of the stage, and sometimes to the limit of the venue itself. It’s an aspect that has made them a popular drawcard and puts the emphasis on the entertainment factor, and it’s something the band applies to their video clips too. The latest one, for Battle Ready, the first piece of music since 2019’s Noise Smasher, is basically an extended chase scene with Milla being pursued on foot and then in hijacked cars for reasons we won’t give away.

Both Battle Ready and its clip were announced by the band on the same day they gave warning of their touring plans for May. The clip hadn’t even been filmed at the time. It’s unlike Black Rheno to reveal all their plans in such a way, but it hardly needs to be said that the last year or so has been like no other, for everyone. 2020’s tour was cancelled for COVID reasons and then their recording timetable was also thrown out when Milla was locked down during the summer.

“I lived in the red zone on the Northern Beaches,” he explains. “We were going to record the single over Christmas, but Nano, our guitarist, couldn’t come and visit me when he had time off work to spend some time in the studio. Then he had to go back to work, so it was really messing our schedule around. So this has all been done at the last minute. We only shot the clip two weeks ago. We announced the tour, then started shooting the clip, so it’s all been a bit nuts!”

More new material can be expected, but Milla doesn’t put a timeframe on when.

Forced into hibernation like every live music act, Black Rheno will be back for the attack in May on an eight-date tour that will see them traverse the country from the Gold Coast to Frankston.

“We had a tour booked for May last year,” Milla says. “We got cancelled like everybody else, but now we’re going to go on tour – which is kind of weird! I don’t think I’ve gone this long without playing a gig since about… 2005? I don’t know. It’s been a long time. I haven’t had a year off from playing gigs for a very long time. We’re just champing at the bit to get back out there doing it. We just love playing live.”

Booking gigs after such a long absence wasn’t difficult and the venues were keen to have them, he says, even if they had to stretch the tour out a little more than usual because of other tours cranking up again. By this time next year, everything going well, hitting up places to see live music could once more be a regular event.

That promise holds dangers of its own, though, with the amount of shows that will need to be accommodated and the drastic nationwide lack of venues for them to be held in.

“It will be hard, because there’s only so many venues, and they will probably be giving space to international acts because all anyone’s seen for twelve months is local bands.” Ever the optimist, Milla sees a ray of light for the industry as a whole in that possibility. “Maybe that will spike some new venues opening up. Maybe there will be a real growth period.” 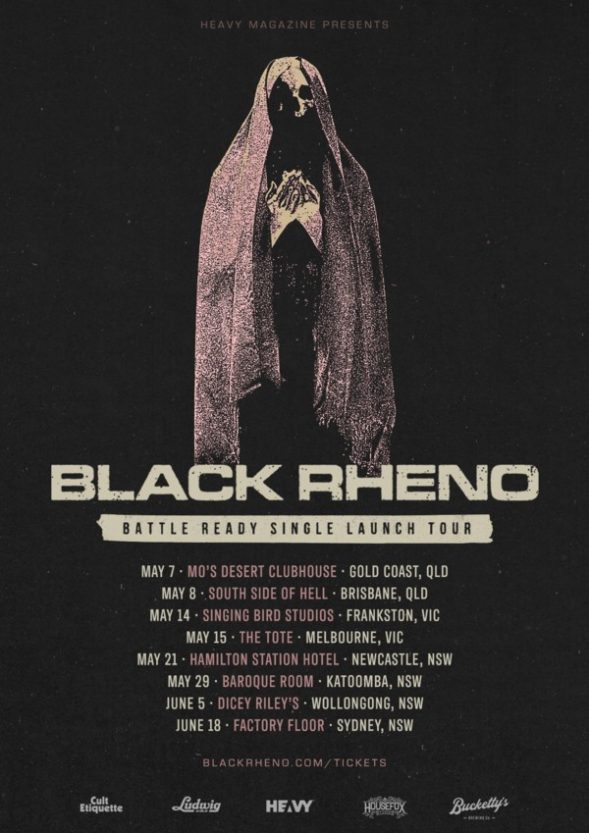