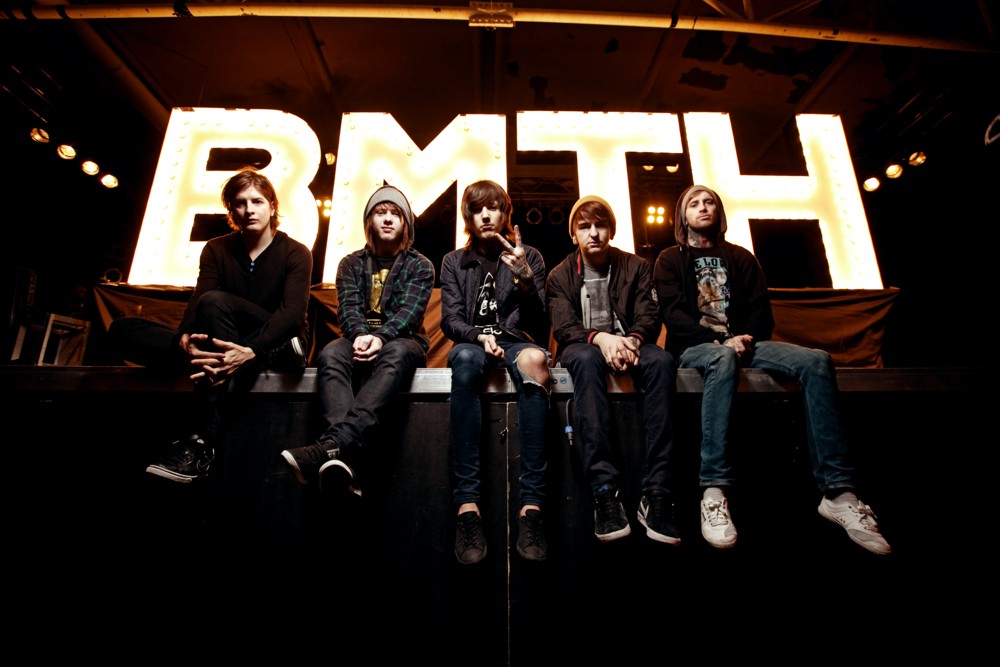 Bring Me the Horizon: Heaven and Hell

Home > Features > Bring Me the Horizon: Heaven and Hell

Latest release: There is a Hell, Believe Me I’ve Seen It. There is a Heaven, Let’s Keep it a Secret (Shock)
Website: myspace.com/bmth

When Bring Me The Horizon’s quite frankly ludicrously (yet perhaps ingeniously) titled There is a Hell, Believe Me I’ve Seen It. There is a Heaven, Let’s Keep it a Secret album debuted at #1 on the ARIA Album Charts last October, virtually all heavy music fans on these shores were justifiably stunned.

Seemingly in accordance with the divisiveness and even outright anger that the British metalcore crew has attracted throughout their career, the backlash followed shortly after. Reports surfaced that the record was possibly the lowest-selling #1 in the history of the ARIA Charts, some critics even lambasting their label for intentionally releasing the album during a “quieter” chart week (ie. one with no major mainstream artists releasing a new album to compete with them). As it turns out, even lightweight morning television shows got in on the act.

“We read some articles where they were saying that it was one of the lowest-selling Number Ones,” Australian-born guitarist Jona Weinhofen (also formerly of Adelaide’s I Killed the Prom Queen and Bleeding Through) says from Berlin. “We’re like, ‘hey guys, give us our moment’. Even Sunrise wrote us off, going on about how some unknown metal band from the UK had gone to Number One… Saying how any backyard band could have a Number One. I wrote them an e-mail telling them how the scene was actually quite large, what the band had done and more. I didn’t get a response, but it was good to get it off my chest.”

Irrespective of whether the criticisms had validity or not, there was no conceivable way the band could have seen such success coming. Weinhofen reflects on being informed of their debut atop the charts. “We got that call at like 6am while we were in the US. It was one of those surreal moments. Someone was running up and down the bus, yelling, ‘We’re #1 in Australia!’ It was surreal, but such an awesome moment. We were hoping for maybe a Top 20 (debut). I checked my e-mail straight away, wondered how it happened, called some people. Maybe it was down to luck, maybe it was a slow week for releases. (But) anyone who wants to argue with me – Number One is Number One.”

Causing passionate argument and debate is something Bring Me the Horizon are highly familiar with. The quintet – particularly frontman Oli Sykes – are arguably the most controversial band in heavy music, at least in terms of the wide range of opinions they elicit, from unwavering worship to venomous criticism about their appearance, outspokenness and metal credentials. Go visit a message board where the band is being discussed and you’ll understand. Some may even suggest giving an album the title There is a Hell, Believe Me I’ve Seen It. There is a Heaven, Let’s Keep it a Secret only provokes and intensifies reactions from all quarters.

“It was a working title Oli came up with,” Weinhofen explains. “I think it just popped into his head one day. We know there are people out there who hate us, but we also know there may be a lot more who love us,” the axeman states firmly. “We’re not afraid to stick up for ourselves. People have physically got in our faces at shows and we’ve stood up for ourselves. People seem to think we’re just a band with nice hair or whatever… [They don’t expect] that we’ll actually be physical. [The band] looked and acted a certain way when they were younger, and unfortunately that sticks in some people’s memories. If people met us now… It’d be different. They still see the 18-19-year-old us, not the 25-26-year-old us. [Regardless of whether] people judge us on whether we look good or sound good, we just wanted to focus on writing a good album. It’s turned a few heads, especially those who didn’t like us before.”

He elaborates that the tide has really begun to turn, at least with regard to some fans. “The interesting thing was, our label was telling us about how there was a lot of feedback on some forums and we should check it out. There was a lot of good feedback; people on these message boards were angry that they actually liked it,” he laughs. “People who were, ‘I fucking hate Bring Me The Horizon, but this is great’. They were almost forced to like it – they were angry that it was good.” What of the negative responses then? “We try to focus on the positives; if we paid attention to that nonsense the band would have been over years ago.”

The guitarist is also full of praise for producer Fredrik Nordström’s (At The Gates, Arch Enemy, In Flames, Opeth, et al) contributions to the new record.

“We’ve been mates for a while, [since] we did the Prom Queen album (2006’s Music for the Recently Deceased) album over there. I think that was one of the reasons Bring Me the Horizon went to him to record (2008’s) Suicide Season; that they loved the way the Prom Queen album sounded. We toyed with the idea of (using) another producer and engineer, but the worry was it wouldn’t sound as good as with Fredrik. We knew he’d be enthused about the record. He told us he really wanted to use more production ideas, whereas on Suicide Season he was pretty much an engineer. He had a lot of ideas with production – the choirs, some of the melodies, things like that.”

On the topic of I Killed the Prom Queen, much like Weinhofen’s current outfit said band were, to use a well-worn cliché, very much a “love them or hate them” prospect during their lifetime. This scribe brings up the example of the band’s jaunt opening for The Haunted and Exodus throughout Australia in early 2006, whereby Prom Queen were met with widespread, extremely vocal hostility.

“You’ve picked probably the worst… The worst experience we’ve had with people hating us,” he ponders. “That was probably the darkest. It wasn’t as bad otherwise, but that was a crowd of people against us.”

Rumours have persisted that they may reform at some point in the near future.

“We’re constantly in contact with each other; they’re still my best mates. The plan and the idea has always been there to do something. I’m so completely busy with Bring Me The Horizon to [be able to] get together and plan something and write something. I don’t think we’d tour again unless we had a new album out. We don’t want to be a band who just tours every few years to milk it. Hopefully in the next twelve months we can make it work and people will still care by then,” he adds with a laugh.

Weinhofen’s schedule is indeed full with Bring Me The Horizon, who will return to Australia as part of the Soundwave Festival and assorted side shows; their first visit since the album’s chart success.

“I don’t think we have that many expectations. We’re touring Europe at the moment, a market we’ve never been that strong in – it’s been a tough market for us due to distribution and things like that. [But] we’re playing these sold out shows and it’s blowing us away. We’re not coming over [to Australia] thinking, ‘Oh, we’re a number one band’ or anything. If you keep the expectations low, it’s an easy way to keep having fun and enjoying it.”