Home > Features > In defense of Sepultura

This time of year (late December to late January) is generally always light on new music releases, causing the wandering mind much strife. So in lieu of listening and commenting on late coming albums and subpar releases, I thought I would change tack this year, and make my first write up a defense of Derrick Green- era Sepultura.

Now bear with me, as this argument has finally made null and void by the wider metal community finally realising the quality the band have been capable of with the release this time last year of the excellent Quadra album. The only problem I had with this final acceptance (20+ years late), is that I have followed and defended this era of the band from their first release Against in 1998. So follow me down this path as I explain, in as little paragraphs as possible, why you need to go back through their catalogue now you finally are on board with just how great Sepultura is with vocalist Derrick Green at the mic. 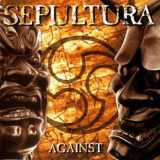 Against (1998) – After the initial shock had set in that iconic frontman Max Cavelera was out of the band, and without the existence of the internet as it is today, fans waited, drip fed information before the announcement that Sepultura had found their new vocalist, and he was from nowhere. Unless, of course, you were a tape trader. Then you may have heard of him from hardcore band Outface (shock! horror!).

The band wasted no time trying to prove themselves, showing off that Max didn’t have all the cool riffs or huge tribal drum patterns. The title track comes straight out of the speakers for the listener’s throat with a similar hardcore vibe as Chaos A.D., with some refreshing thrash bite that pays no mind to the slower and lower nu-metal tuning of previous (and biggest) album Roots. Against covers many themes, from the hurt the remaining members felt at the separation of the band’s vocalist at the height of their collective fame, to their concern for global climate on Old Earth, a subject that was a lot less testy in 1998. As well as this, they continued letting their mates and peers in the music scene make appearances, most notably Jason Newsted of Metallica on the three pronged vocal attack of Hatred Aside, that comes across as a band cleansing themselves of their past problems and knuckling down to move on together. 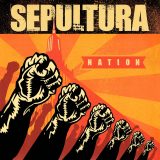 Nation (2001) – Another strong album with strong themes of unity, following on where the band left off with Against, exploring their interests in political and hardcore musical themes even more. Bringing along some of the biggest names of the metallic hardcore genres, Jamey Jasta (Hatebreed) guests on the crackling Human Cause and João Gordo (Ratos de Porão) pops up for an appearance on the cover of Black Flag’s Rise Above. Elsewhere, the band’s punk ethos springs to the fore as punk rock royalty Jello Biafra lends his skills on Politricks.

Sadly this is also where things began to go wrong for Seps, as their record label lent more support to their ex-frontman, and perhaps a few strange business decisions saw them disappear from the mainstream metal conscience for years to come, becoming more a memory than being recognised for the quality music they continued putting out. 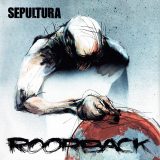 Roorback (2003) – This album is the one I like to introduce to newer and stubborn anti-Derrick listeners as the band’s attempt to drop their metal pretenses and assemble a hardcore crossover album, allowing Green to show off a bit more of his musical roots. Fear not though, Sepultura are still out to prove themselves. By now it has become apparent that the beating musical heart of the band has always been Andreas Kisser, and that he has never been happy to rest on his musical laurels and just repeat his output, even when he finds a formula that works well for both band and record label. Unfortunately a continued lack of label support saw this album disappear among all but the band’s faithful, who seemed to be thinning in number as time went on. 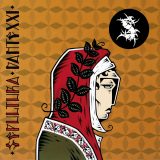 Dante XXI (2006) – This is the album I still like to show to those that completely missed the good ship Sepultura and chose to just follow the band’s ex-frontman’s adventures in heavy musical output. Based around Dante Alighieri’s The Divine Comedy, this is the beginning of Sepultura’s journey into creating concept albums as a way to keep themselves focused from album to album, and it works. This album has the best drum sound Igor Cavalera ever managed to put to tape, as well as his most intense performances as a drummer. If the beginning of Dark Wood of Error doesn’t illicit a reaction in your subconscious there may be something wrong with you (it also initiated the idea of one day writing a piece defending this era of the band). It is a track I always come back to for the intense build up it has. This is the sound of a band falling back in love with their thrash metal roots. The only real stumble comes with the closer Still Flame, where it feels as though they ran out of confident ideas and felt closing it with chanting would be good enough. 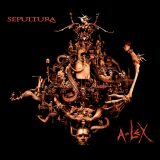 A-Lex (2009) – This album sees the thrash intensity ratchet up a couple of notches and the band’s cinematic scope and vision reach a maximum as they tackle a heavy metal version of the story of A Clockwork Orange. To be honest the I found the idea of this off putting until I heard it, bringing back some of the tribal drumming on tracks such as Filthy Rot and the acoustic guitars and ambience on We’ve Lost You as well as tackling Beethoven to great effect on Ludwig Van. 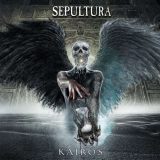 Kairos (2011) – Here is where the band’s rise to new world dominance began. Back on board with a label that was willing to help push the Sepultura ‘brand’ and remind people that they never actually went anywhere: the metal public just stopped listening. Their third concept album in a row, this time looking back on themselves and choices made as a band and individuals. Settling back into the more groove-orientated style and easing up on the thrashier moments while putting more focus on the lyrical message and stories contained within, although for me this actually feels like a weak link in the armour I am defending here. Something about the groove after the previous thrashier albums feels a little lazy at times. 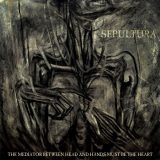 The Mediator Between Head and Hands Must Be the Heart (2013) – This album was a departure from the previous three releases as it is not completely tied to any one concept. Although Andreas Kisser explained that the title was inspired by a film from the 1920s, the album is more a musical and lyrical investigation of the human spirit in modern times. The biggest news as that 90s metal uber producer Ross Robinson was back in the chair, the first time since they collaborated on Roots. The spirit of Mediator… is back to the thrash roots again, but with a darker undercurrent running through everything. From The Vatican’s rumination on blind faith to the surprising drum guest spot by Dave Lombardo on The Obsessed, everything about this album feels hyper-focused and intent on continuing to mine the rich seem of musical gold the band struck with new drummer, Eloy Casagrande. 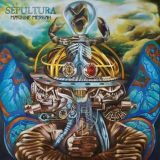 Machine Messiah (2017) – The album that perhaps began to make the metal masses stand back up in force and take notice, no longer were scattered fans like myself defending just how good the band still were. Old fans and new were back on board, along with the might of a record label that showed belief in the (now) old dogs and were willing to put their faith into positive promotion of the product.

The band stuck to a conceptual vision again, honing their focus into a story arc that encompasses a view that as a society we are all controlled, knowingly or not, by a technology god that will one day see the end of humanity as we know it unless we back off using it all so much. Another cheery metal record, then. Musically this has a very ‘throw it and see if it sticks’ mentality as Sepultura weave from quiet clean vocal passages to some of their thrashiest moments since Dante XXI, all without one track failing to stick. Even the instrumental Iceberg Dances slots in where it is needed in the middle, to allow a small respite from everything that is swirling around. 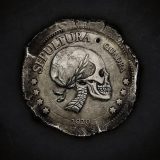 Quadra (2020) – Finally back where the band belong, on top among their musical contemporaries and peers. With the release of this album people through all spectrums of the metal community were finally ready to admit that they should have paid more attention to this sleeping dog before it reared up and bit them. To those of us already paying attention, it was no surprise that the band had yet again found a groove that suited them and a concept that kept it all from rattling wildly off the rails.

This time the concept was balanced carefully on the four arts (Arithmetic, Geography, Music and Astrology) as well as using it all as a metaphor for the old ‘life’s a game’ insight, as Quadra is also a Portuguese word for a court.

Keeping to the theme, the album is broken into parts, opening with the thrashiest material, before settling itself into the groove era of the band with the last part tackling their interest in the progressive element of their music. It didn’t matter what they did though. This album is just a constant roll of hit after hit as Sepultura stretched out once more to show off their skills, and why you can never keep a good group down.

So, after all of that, I hope you bother to go back and check out what you have been missing out on if you have remained a staunch apologist for the bands former vocalist, and remember Derrick has been there a lot longer. Like it or not, he has helped make Sepultura the great band that they continue to be.