Dream Theater: The Essence of Prog

“I think it’s an important album in rock history, if i dare go that far. It was a genre-breaking album. It really introduced the world to the whole progressive metal thing. There might have been other bands doing that style, but you didn’t really know about it until Dream Theater hit.”

Jordan Rudess is of course referring to his band’s second album Images and Words, a recording that became the cornerstone of all modern progressive metal. Released in 1992, the album combined melodic progressive rock elements with influences from metal and hard rock, ushering in a sound and style that had not been heard before. The album’s eight minute opening track became a surprise US top ten hit and Images and Words itself was certified Gold in 1995. It stands like a colossus over the progressive metal field to this day.

“Images and Words opened up the whole thing and it really became a leading album,” Rudess continues, before confirming it was his introduction to the band and their style of music. “It was the first Dream Theater album I heard, and I also really liked it and I was really impressed with the guys and the music and I got really turned on to it.”

Rudess didn’t join Dream Theater until 1999, but feels he is as much a part of Images and Words these days as the members of the band who actually played on it. With 2017 marking the album’s 25th anniversary, Dream Theater has been performing it in full on every date of this current world tour. Each show is a sprawling three-hour event that also includes the entirety of ‘A Change of Seasons’, the multi-part 23 minute epic that was too long to fit on Images and Words and later released on the world’s longest EP.

“Now I’ve played that album so many times that I feel a little bit of ownership of it,” Rudess says, “which is good because I’ve taken it and let it become part of me, and the easy part about it is that basically speaking that really melodic, progressive metal sound is something that I can relate to and I feel very close to it and that makes it work.”

He’s not afraid to admit that if he had been with Dream Theater at the time, he may have approached the album somewhat differently to Kevin Moore.

“I’m coming from a different place than the other keyboard players they’ve had,” he explains. “I have a lot of respect for Kevin Moore and he did a beautiful job on this album and what he offered was so important, but because of who I am what I would have done would definitely have been different. It wouldn’t necessarily have been better, but it would have been different!”

The major part of this tour is focused on music written and performed long before he was in the band. Keenly aware of how protective Dream Theater’s fanbase is of the band’s music legacy, Rudess is careful about putting his own spin on older tunes.

“When I’m going back and doing tunes that were done before my time, I try to understand what it was that people really, really want to hear. What about it is really important to maintain and what about it do I want to change, what do I feel I want to have fun with. So I try to be respectful of the original and give people what they want but also do something of my own as well.” 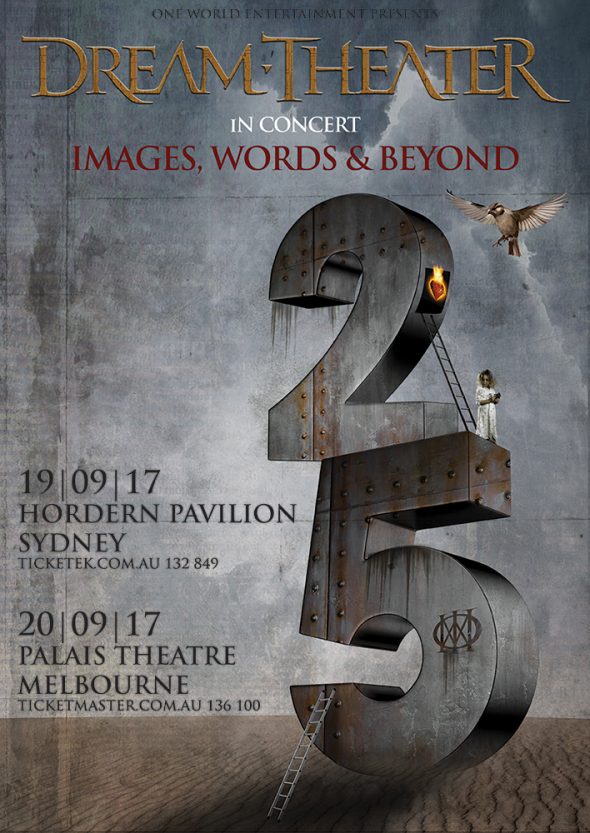