Evanescence: Back to Life

Home > Features > Evanescence: Back to Life

There haven’t been too many rock musicians who have had the chance to play inside the Sydney Opera House. There’s been even fewer to have done it on their very first Australian tour, but Jen Majura is no ordinary rock musician. A professional since the age of 17, Majura is a guitarist, bassist, vocalist and songwriter, co-proprietor of a German music school and has played with folk metallers Equilibrium and NDM maniacs Knorkator. For the past two years she has been slinging the strings with rock superstars Evanescence, whose impending Australian visit will see her appearing in the hallowed concert hall of our most famous venue.

She makes no effort to disguise her excitement.

“I’ve never even been to Australia before,” she says breathlessly, “and I will be on stage at the Sydney Opera House! I simply can’t believe it.”

The most recent incarnation of Evanescence has seen group leader Amy Lee working with long-term collaborator David Campbell on a complete reimagination of the band’s catalogue. Synthesis is the culmination of that vision, an album that takes their best known works and combines them with full orchestration and electronics. This tour brings those reworkings to life as band and orchestra every evening. It’s the fulfilment of a long time ambition for Lee.

“Amy and I aren’t just in a band together,” Majura says. “We’re also friends and we hang out when we’re not playing and I know that she has been planning this for a long time, since long before I was in the band.”

Already a well accomplished musician, Majura admits that watching and playing with an orchestra every night on this tour has helped her to develop as an artist. She has also been able to add another string to her considerably well-armed bow.

“You certainly get to learn a lot more about yourself as a musician and a guitarist and a songwriter watching an orchestra every night,” she confesses. “It’s just so inspiring and amazing. And on this tour, I’m hardly even playing guitar! I’ve been playing Theremin! I had to learn to play the Theremin for these shows. That’s something that I never thought I would learn how to play… it’s such an incredible instrument. You use your hands to play it, but you never even touch it.” 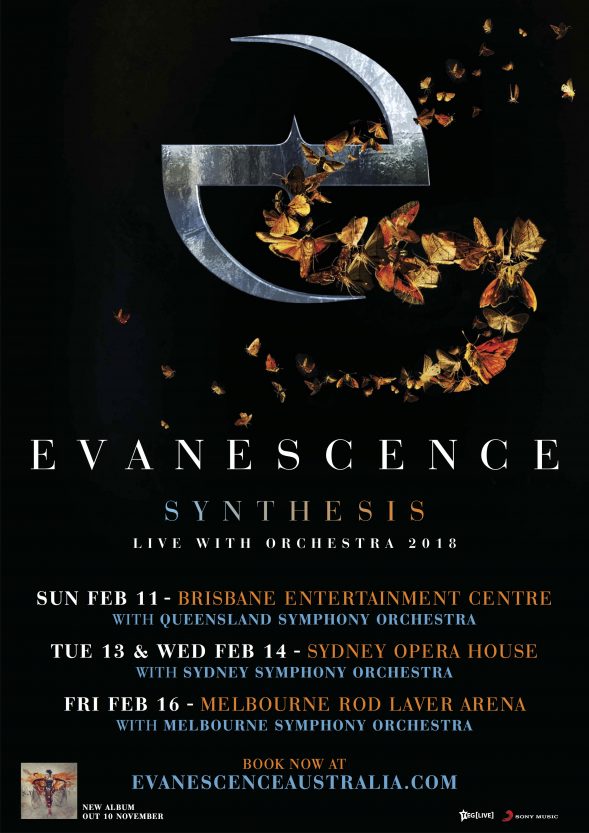