1970, and the heady days of the 60s were over. Nixon was in the White House, expanding the Vietnam War. Altamont and Manson had murdered the hippie dream. Dark times were ahead. Protesting students were gunned down at Kent State. Counter-culture heroes Jimi Hendrix and Janis Joplin died from drug overdoses within days of each other, and on the last day of the year, the great musical phenomenon The Beatles officially came to an end. Rock music was getting heavier, darker, more explosive, daring and experimental. Hendrix, Cream and Led Zeppelin had become a massive inspiration for other guitar-based bands, and the dawn of the new decade ushered in the slow rise of hard rock and its gnarled offspring: heavy metal. 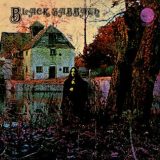 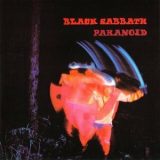 BLACK SABBATH: Black Sabbath and Paranoid
Heavy metal existed before Black Sabbath, but no band had presented it with the dark majesty the Birmingham quartet projected on their debut, released  (of course) on Friday 13th of February: indistinct, sinister cover art, Tony Iommi’s booming tri-tone riff, Ozzy Osbourne’s mournful warble.  Paranoid crystalised their gloomy world view even further, combining Iommi’s immense riffology with Satanic metaphors for earthly suffering and the brutality of the Vietnam war in a suite of songs few of their imitators have ever matched. 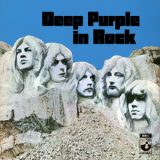 DEEP PURPLE: Deep Purple In Rock
Deep Purple’s first three albums saw them flirting with psychedelic pop to some success in the US but by late 1969 a change was brewing. Deep Purple In Rock was the debut outing for the band’s so-called Mark II line-up, an undisputed masterpiece of heavy rock that remains one of the best albums of all time where the incredible power and control of Ian Gillan’s voice added gravitas to Ritchie Blackmore’s Baroque guitar style and Jon Lord’s weighty organ, best exemplified by the magnificent anti-war epic Child in Time. 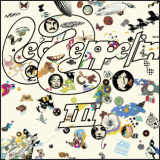 LED ZEPPELIN: Led Zeppelin III
After establishing themselves as heavy rockers without peer on albums one and two, Led Zep threw a complete curve ball on III, a deliberate counter move to the hard rock boom they had helped to establish. Blasting out of the blocks with the full tilt rocker Immigrant Song, the album then offered up a platter of epic blues rock and folky acoustic songs inspired by the Welsh countryside. This was a different face of the band that had been merely glimpsed before, and only added to their mystique even it confused and confounded critics at the time for its overall lack of heavy rock as the band experimented with instrumentation and style. 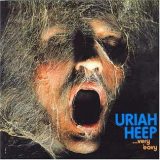 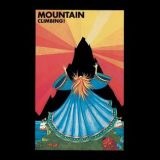 MOUNTAIN: Climbing!
Cream’s influence hung heavily over Mountain, what with their former producer Felix Pappalardi in the group, but their debut, recorded shortly after their appearance at Woodstock, held plenty of its own treasures. Not the least of these were Leslie West’s versatile guitar playing and the huge opening boogie classic Mississippi Queen that set its own benchmark for heavy-hitting rock indulgence. 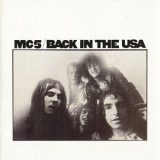 MC5: Back in the USA
Detroit upstart rockers The MC5’s first studio album lacked the rawness of their live debut but remained a true force in blistering straight-up rock and roll. Opening and closing with rock and roll standards, the MC5 filled the rest of the album with fierce political comment and teen frustration driven by solid riffing and an edgy, toppy-sounding production that would go on to inspire later generations of punks. 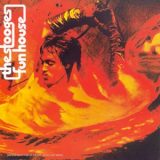 THE STOOGES: Fun House
The Stooges ripped the studio apart for their second outing, basically blasting out a live show in the confines of the room. Fun House was an urgent, shambolic, primal release of guitar-driven mayhem, Iggy Pop’s animalistic ranting and a full-on aural attack. Fun House was a mutant swaggering garage rock beast careening out of control, a wild and immediate slab of blazing furious rock and roll energy.