1977 proved to be a watershed year in rock music. Elvis Presley and Marc Bolan died a month apart and a little over a month after Bolan,  Lynyrd Skynyrd’s plane crashed killing three of the band’s members including brother and sister Steve and Cassie Gaines. Robert Plant’s 5 year old son Karac died suddenly while Led Zeppelin was on tour, almost ending the band, and entertainment greats Charlie Chaplin, Bing Crosby and Groucho Marx also cashed in their chips.

On the flipside, it was the year punk truly broke, rejecting the excesses of the lumbering mainstream rock monoliths for stripped down, socio-political, anti-establishment rage. Here’s a selection of albums that hit the shelves forty years ago this year. 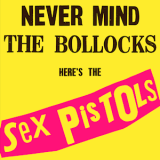 Sex Pistols: Never Mind the Bollocks, Here’s the Sex Pistols
The distillation of two years of anarchistic anti-establishment rock n roll, the first Sex Pistols album is one of the most potent and important records ever made. The flagship release of the British punk explosion that changed the face of rock music forever, with Steve Jones’ jagged guitar and the remarkable unsung snarl of John ‘Rotten’ Lydon, Bollocks epitomised youth frustration and white working-class rage, just as relevant now as when it first appeared. 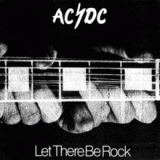 AC/DC: Let There Be Rock
Fired up by the US rejection of their previous album, AC/DC went into the studio to record their first true masterpiece. The result was an album of cohesive songwriting, white hot riffs and scorching guitars that properly captured the band’s live energy for the first time; soaring, stratospheric solos from Angus Young and Bon Scott’s heady mixture of menace and bawd. Let There Be Rock is a guitar-driven monster of a record. 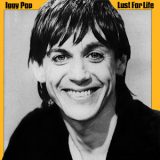 Iggy Pop: Lust for Life
The second of three albums the ex-Stooges frontman would release in 1977, Lust for Life shed the introspection of The Idiot for wild, wide-eyed hard rock. Bowie dialled down his influence to let his friend rock out with some hard hitting grooves and a sonic attack that showed Iggy Pop was back in business. 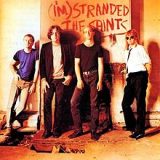 The Saints: (I’m) Stranded
With (I’m) Stranded, Brisbane noisemongers The Saints officially kicked off punk rock in Australia. Buzzsaw guitar, snarly, garbled vocals and four to the floor beats delivered with an urgency and power unprecedented on the local scene, it was an album so cheaply and primitively recorded it sounded like a blur, an unpolished gem of intense rock n roll power and noise. 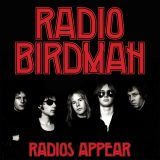 Radio Birdman: Radios Appear
With a tenacious DIY ethic that mirrored that of the British punks, Radio Birdman had stamped their authority on Sydney’s underground with their 76 EP release – with Radios Appear they took over. Informed by a love of the Stooges and MC5, their scorching hard rock and proto-punk energy was spurned by the mainstream for decades while spawning off-shoots and setting a standard for imitators across the country. 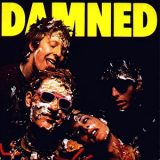 The Damned: Damned Damned Damned
The first full-length album by a British punk band, Damned Damned Damned was a full tilt rock n roll explosion, immediate, messy and immense fun. Leaving the political posturing to their peers, the Damned just rocked here, hard and loud and wild and with ridiculous power, a testimony to Brian James’ sharp songwriting and the astonishing skill of drummer Rat Scabies. 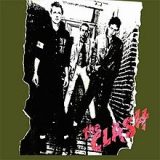 The Clash: The Clash
There aren’t too many other debuts with the white-knuckle punk intensity of The Clash’s self-titled album – if fact, there may not be any. The Clash was a blitz of political-fuelled anger and searing rage boiled down to fourteen lightning-like songs that blazed a swathe of angst and protest across a mere 38 minutes. 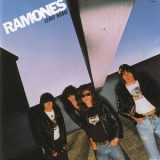 Ramones: Leave Home
By turns funny, ferocious, dumb and world weary, the second Ramones album was much like the first, but faster, with better production and some poppier aspects and barely a minute longer with the same amount of tracks. It was also less raw, but that took none of the shine off the goofy appeal of their joyous four-to-the-floor splats. 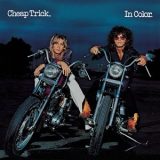 Cheap Trick: In Color
Cheap Trick’s In Color came in the middle of a hot streak that started with their debut earlier in the year and ran through to their fourth album Dream Police two years later. Part hard rock, part power pop and sprinkled with humour and bubblegum, In Color showed that rock in 1977 didn’t have to be all about anger and rage. 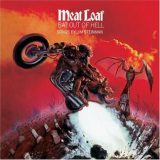 Meat Loaf: Bat Out of Hell
As if in complete ignorance of punk’s efforts to slay dinosaur rock, Meat Loaf and his co-conspirator Jim Steinman unleashed their big dumb rock opera that went on to be one of the biggest selling albums of all time. Rejected by every label they approached for half a decade before they could finally get it off the ground, Bat Out of Hell eventually charted in the UK for nine years and still sells thousands to this day.

If that wasn’t enough to whet your appetite for the rock of four decades ago, here’s some others that stand the test of time: Queen – News of the World, The Runaways – Queens of Noise, Ted Nugent – Cat Scratch Fever, Kiss – Alive II, Pink Floyd – Animals,  Aerosmith – Draw the Line, Rush – A Farewell to Kings, Judas Priest – Sin After Sin