By 1978 the first wave of punk had ebbed as its initial protagonists began to grow up and move toward the “New Wave” – the Sex Pistols broke up in January and disco was about to take over the world as the Saturday Night Fever soundtrack album charted in worldwide Top 10 charts for seven months straight. In Australia, the pub rock phenomenon was climbing toward its ascendancy and a California band called Van Halen was about to change the face of rock guitar playing forever. Here’s some of the albums that were shaping the world forty years ago. 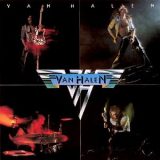 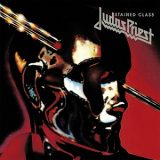 On their fourth album (released the same day as Van Halen!), Judas Priest streamlined the progressive wanderings of previous releases into an epic juggernaut of heavy metal that both crystalised their more expansive tendencies (‘Beyond the Realms of Death’) and signposted a new direction with songs like ‘Savage’ and ‘Invader’. With worldwide stardom soon to be theirs, Judas Priest would never sound quite the same again. 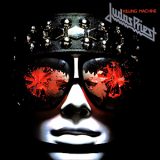 A mere nine months after Stained Class, Judas Priest delivered their second album of 1978. Killing Machine was a faster and leaner Judas Priest that paid no debts to any except themselves. A slick, accessible but no less heavy album this established a template for both the band and heavy metal until well into the next decade and beyond. 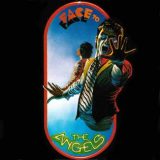 THE ANGELS: Face to Face

On Face to Face, The Angels took the upbeat boogie rock of their debut and blended it with the urgency of punk. The result was a set of songs that would become part of the lexicon of Australian rock. Face to Face charted for 18 months and most of its tracks remain staples of the band’s live set right up to the present day. 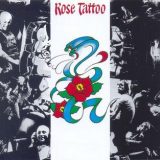 Rose Tattoo’s self-titled album was very bit the street-tough hard blues rock band that had been intimidating live audiences for most of the previous two years. Loud, raw, savage and heavy, featuring Pete Wells’ slashing slide and Angry Anderson’s devastating rasp-file voice, the album was too much for local audiences but established a strong foothold for them in western Europe and became an inspiration for the later L.A. hard rock scene. 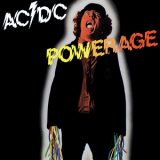 Wedged between Let There be Rock and Highway to Hell and created during a volatile period for the band, Powerage is often over-looked and under-rated. Yet it retains the same rawness and vitality of previous albums, some truly ferocious playing and Bon Scott’s best lyrics to that point of his career while showing a band that had truly matured as writers and players in the five years since their foundation. At least half of the songs on Powerage remain firm fan favourites to this day. 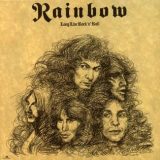 Featuring the voice of a man who was born to sing metal – Ronnie James Dio – and the combination of guitar maestro Ritchie Blackmore and drum god Cozy Powell, Long Live Rock n Roll was the last of Rainbow’s great albums. The third of a series that helped to shape what would later be termed ‘power metal’, side two leads off with the archetypal “Kill the King”. It was to be the last time Rainbow would sound anything like this. 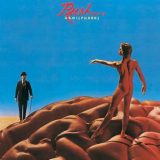 If punk was supposed to sound the death knell for prog, no one told Rush. Hemispheres featured some of their most sprawling works, including the side-long sequel to A Farewell to Kings‘ closing track and a nine-minute multi-part instrumental, but also marked the end of a musical era for the band. After exhausting themselves on Hemispheres, their work would take a different direction from this point. 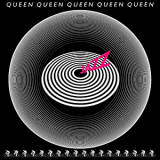 One of the lesser-regarded of their 70s albums, Jazz nonetheless showed a prodigiously talented band able to work any type of outside influences around their hard rock base. Jazz upped the heaviness and layered vocal tracks while taking their ever-present campy silliness to new heights with songs about bicycle races and girls with big arses, along with some funky vibes in “Fun It” that were a signpost of things to come. 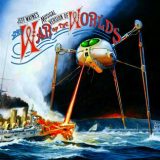 JEFF WAYNE’S MUSICAL VERSION OF THE WAR OF THE WORLDS

In what other decade but the 1970s could such an auspicious concept piece have found itself? Gathering together one of the finest actors of his time – Richard Burton – with the cream of the British Isles’ musical talent including Justin Hayward of the Moody Blues, David Essex, Thin Lizzy’s Phil Lynott, musicals star Julie Covington and guitarists Chris Spedding and Jo Partridge (who provides the unsettling Heat Ray guitar motif), Jeff Wayne combined drama with heavy rock, prog and symphonic rock on an epic double album that would inspire generations to follow. 20 years later, Alchemist would cover part of “The Eve of the War”.