Less considered a major year for music as it was for other factors – the beginning of the Reagan years, tensions in the Middle East, a string of assassination attempts (Reagan, the Pope) and successes (Sadat in Egypt, Rahman in Bangledesh), riots in England, hunger strikes in Northern Ireland, a Royal wedding – but there was still plenty going on.

Most significantly, MTV aired in the US for the first time, kicking off the music video phenomenon that would change the way popular music was promoted and marketed. Synthpop began to take over the charts in the UK, and the so-called NWOBHM hit its peak with the establishment of the specialist Neat Records label that would release some of the scene’s most important acts. The newly-minted Reagan administration provided plenty of fuel to the burgeoning US hardcore movement, which released some of its most important albums in 1981, while the scene in and around Hollywood was about to launch a glam metal explosion. If that wasn’t enough, some of metal’s most important bands were forming – Metallica, Anthrax, Slayer, Napalm Death, Manowar and Mercyful Fate all had their origins in 1981.

Here’s a few of year’s most significant releases. 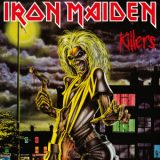 Iron Maiden: Killers
While most of the songs on Maiden’s second album were older than those on their debut, Killers nevertheless showed further development of their rampaging style. Boosted by better production, Adrian Smith’s introduction made for a more explosive melodic dynamic and Di’anno’s rough-and-tumble delivery sounds more comfortable. Killers’ songs were less expansive and more aggressive, filled with the simmering menace of a fierce and ambitious band bracing itself for a worldwide break out. 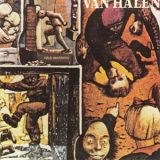 Van Halen: Fair Warning
Eddie Van Halen always wanted his band to be known for more than just party tunes, and on their fourth album he got his wish. Fair Warning was a darker, meaner, grittier and nastier album than the band had made before, or would make again. Even though it remains the slowest selling and most obscure of the Roth-era records, Fair Warning showed them to be capable of more than just flash and flippancy – Van Halen also had a darker and heavier side. 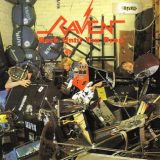 Raven: Rock Until You Drop
Athletic metal campaigners Raven had already been around for seven years when Rock Until You Drop was unleashed in late 1981. The first album for the legendary Neat Records, Raven’s debut was an over-the-top rollercoaster of shrieking vocals, pummeling drums and blistering songs that ramped up their influences like Priest and the Sweet to a degree of barely-controlled chaos that epitomised the frantic energy of the British underground metal scene. It remains one of the period’s landmark cult releases. 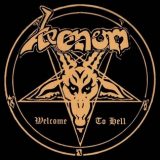 Venom: Welcome to Hell
Going in to record what they believed would be just a demo, British trio Venom accidentally produced one of the most influential metal records of all. Welcome to Hell celebrated depravity, drug use, blasphemy and Satanism with Motörhead’s unrestrained speed and Sabbath’s imagery cranked to the max. The subterranean production standards made them sound like rank, under-rehearsed amateurs but beneath the murk was a unique creative force who were  virtually inventing almost every extreme metal trope of the next four decades all in one go. 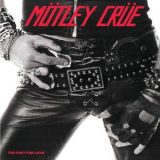 Mötley Crüe: Too Fast for Love
Before it was picked up and re-issued a year later, Mötley Crüe’s first album was pressed by the band themselves in a limited run of 900. Raw and inspired, Too Fast For Love presented a revved-up bar band full of bravado and swagger but, like the best bands of their kind – of which the Crüe undoubtedly were – it also projected a sense of menace and danger, a sense of wild abandon and complete recklessness that came to define an entire generation of rockers to follow them out of the Sunset Strip. 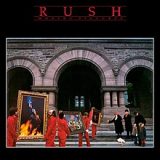 Rush: Moving Pictures
As newer rock audiences moved away from prog at the new decade’s dawn, Rush were clever enough and ahead of the curve enough to develop and compromise their music to accommodate such a shift. With their eighth studio album, Canada’s preeminent prog lords honed the New Wave/hard rock mix of Permanent Waves to perfection, maintaining their complex prog inclinations with a more refined songwriting savvy. Thus, Rush constructed both one of the greatest ever releases of its kind and their most popular album, with three tracks remaining in their live set until the end of their career and winning a Grammy nomination for YYZ. 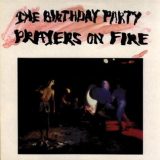 The Birthday Party: Prayers on Fire
Prayers on Fire took The Birthday Party’s crazed Gothic live melodramatics and pressed it onto vinyl. This was a debauched, clattering racket where the chaotic, unpredictable musical dynamics of the Velvets and Beefheart met the aggression and urgency of the Stooges, Nick Cave ranted wildly in an undeveloped, indecipherable howl and Rowland S Howard’s stabbing guitar splats wrestled with sudden explosions of horns, a fearsome, ferocious and depraved cabaret act not just pushing everything to the edge, but gleefully watching it go over, into the abyss. 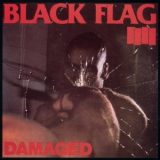 Black Flag: Damaged
Black Flag’s vision of the hardcore ethos crystalised with Damaged, their first full-length recording and Henry Rollins’ debut as vocalist. Rollins’ ferocious bellow was the piece needed to fully bring out the rage and dark self-deprecation of songs fuelled by Greg Ginn’s atomic, aggressive riffing, a truly explosive and dangerous-sounding punk rock assault that set a standard for every US hardcore band to follow. 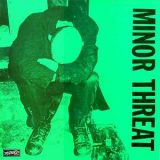 Minor Threat: Minor Threat
While Black Flag were laying the rules in the west, Minor Threat were doing so in the east, not only defining hardcore but accidentally kicking off the straight edge ethos in one fell swoop. At just nine minutes in length, the DC punks’ first release was a high-velocity lesson in snarling DIY punk rock fury, the rhythm section barely holding things together under Lyle Preslar’s frantic guitar hammering and Ian Mackaye’s fevered, tuneless shouting, an inspiration for punk and metal to come. 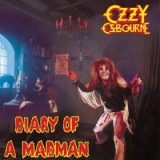 Ozzy Osbourne: Diary of a Madman
The second of the knockout punches that launched Ozzy’s solo career, Diary of a Madman was perhaps even more of a showcase for the outstanding talent of his guitarist than its predecessor. Randy Rhoads’ astonishing talent stamped itself all over every track, elevating the album to beyond the status of solidly good to a true classic of the genre – and the tragically final masterpiece for an extraordinary musician gone too soon.