Saga-length epics are nothing new in the realm of metal music, but rarely does an artist stretch such a track across the breadth of an entire album. Until recently, Edge of Sanity’s Crimson was perhaps the best known recording of this kind. Last year, Insomnium dropped Winter’s Gate, a track that not only took up the album’s entire playing time but somehow managed to be exactly forty minutes long. Currently on tour and soon to be in Australia on their second visit here, Insomnium bassist and frontman Niilo Sevänen, upon whose short story the song is based, is incredibly pleased how it eventuated.

“It really was a special thing,” he says. “We also really wanted to try something different and make things interesting for ourselves as well. It’s very different from doing a normal album and the end result was very good so everyone is really happy with the album. So I’m really pleased that we decided to do something that might have seemed like a crazy thing to do, or commercial suicide. But it wasn’t! It was our most successful chart position that we’ve ever had.”

Winter’s Gate cracked the top slot on the Finnish album charts and made Top 20 in Germany, making a strong impression in other European markets as well. Far from commercial suicide then, and it was quite a favourite with critics too. This website scored it 95% and made it one of the best albums of last year, but Sevänen is keen to point out that the band really isn’t interested in trying to please anyone except themselves.

“You don’t try to please the label, or the fans, or anyone else,” he says emphatically. “You do exactly what you want, and if you think that you need something fresh, that a new approach is needed, that you want to challenge yourself and you want to keep doing music that is interesting and not just repeating yourself so you’re doing the same album over and over again, then you can do something that hopefully will reach out to other people as well, something that other people will find cool.”

Importantly, despite its enormous length, Winter’s Gate sounds natural. It’s a song that flows organically across each of its sections, and while it can be broken down as it was for some promotional versions, it is very much a piece that has to be appreciated from beginning to end.

“There was nothing forced in the process,” Sevänen explains. “We started making this long song, and we had the idea to see how long we could make it. If it we had run out of ideas, then it would have been shorter. But we went along and we had a part that could go here, and here, and very soon it was almost finished. We were lucky of course, but also unconsciously we somehow knew what to do and everybody had a creative spark and we finished it very easily. It was a very interesting process, but it was something that really flowed very naturally.”

The song also allowed the band to experiment not only with elaborate song structures, but adding different sounds and styles to their oeuvre too. Sevänen stresses that while experimentation is vital for many artists, it is also of key importance to retain a signature that the audience will recognise.

“Everybody knows the feeling when your favourite band changes too much, and you don’t recognise it anymore,” he says. “That’s a horrible feeling. It feels like you are losing your favourite band. That’s happened to a lot of artists. When you change your style and you add new elements, you have to be careful about it so that you don’t turn into something unrecognisable. It’s a delicate balance. It’s important that the core of your sound stays the same. But of course, follow your heart. If you want to start doing acid jazz, do it, but your fans may not come along with you!”

As experimental as Winter’s Gate is, “it still sounds like Insomnium,” he observes, and critics and fans agreed. The question now is where they will go from here. Once you’ve recorded a song that’s as long as the average setlist at a festival show, what’s next? Niilo Sevänen is pretty sure that even he doesn’t know what Insomnium’s next record will be.

“It’s a very good question, and I’m not sure yet. But I’m sure this has given us new confidence to try new things and widen the spectrum even more. Something experimental might come up a little later, but I don’t know. But you are right: we set the standard high. We want to do something even more experimental, but what is it? I don’t know. We want to make things even more interesting and challenging for ourselves.” 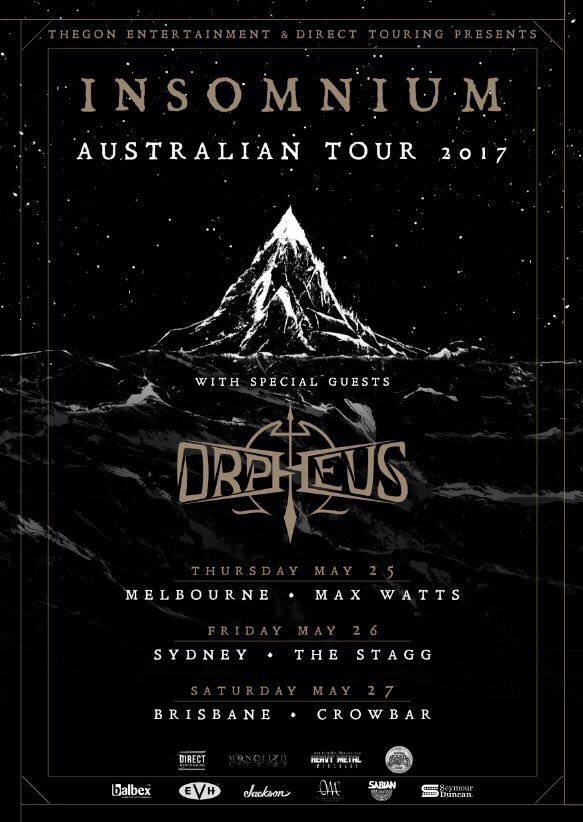