Pagan: Lords of the New Church

“It’s 2018,” says Pagan bassist Dan Bonnici sagely. “You almost can’t call your band anything without being boxed into some sort of cliche.”

A band name like Pagan certainly invokes a lot of hackneyed ideas: rousing drinking songs, kilts and helmets with horns, maybe gourds turned into hand-luthiered musical instruments playing some kind of metal. While it’s true that Pagan does indeed play some kind of metal, Bonnici is almost apologetic about the fact that “there’s not a single Irish folk part on the record.”

“There’s no Celtic influence on Black Wash, unfortunately,” he says.

Listening to the band’s long-awaited debut album reveals an array of other influences however, from death n’ roll to hardcore to black metal, an aspect that seems to have overshadowed a lot of the other shades in their palette.

“Entombed is not a direct influence on the band,” Bonnici says when asked if there might be an element of the Swedish band’s late 90s period thrown in there somewhere. “They’re probably a band that only I out of the four of us would listen to. But that deathy rock n’ roll is totally where we’re coming from. Entombed is really flattering, actually, because I don’t think we’re anywhere near as tough as Entombed!”

“It was almost intentional,” the bass player says wryly of the development of their sound. “There were a few names that we tossed around when the four of us first got together, but we never got into the rehearsal room and said, ‘Let’s do a Turbonegro riff on this song!’. It’s never like that. We go home, we come up with stuff and we bring it together. At the crux of it, it’s just us. The band sounds like who we are as people. We’ve even started talking about working on another record, and it’s cool because the options are limitless. I don’t think we’ve pinned ourselves into a corner. Whatever we come up with, it’s going to sound like Pagan.”

Pagan runs deeper than just the music. Bonnici talks about the world-building narratives of the great writers and filmmakers and applying it to the band as a complete conceptual experience. To this end they’ve developed the Church of the Black Wash, the central idea behind their current creative phase.

“Aesthetically if you look at our visuals, the intention was always to make Pagan something bigger than just the songs. We wanted it be very continuous through every aspect of the band. I don’t think you can have the musical side of Pagan without the visual side. We wanted to create this world that exists around the band so that if you get into the band and you come to a show, for however long you’re listening to the band or watching, you exist in this void that only exists for that period of time.”

Black Wash, which has been introduced to audiences incrementally with a drip-feed of singles over almost two years, is the encapsulation of Pagan’s vision. The Church of the Black Wash is a fearsome place, founded on crushed hopes and despair. Anguish, frustration and rage are its only fruit. The band’s collision of extremities are the perfect backdrop for Brumen’s amazing, unhinged vocals as she traverses her cathartic journey. Lyrically, this is very much her story.

“The whole idea of the record is this metaphor for realising that you’re caught in this relationship that you don’t want to be in, and realising that you might never be able to escape from it,” Bonnici explains. “So we took that idea – which is what Nikki was writing about from a persona perspective – and we ran with it to make it the Church of the Black Wash, which is kind of a cult, I suppose.”

He elaborates even further, using the atrocity of Jonestown as a further example of the failed promises and inescapable hold of religious cults. Drawing comparisons between a mind-controlling self-styled church and a poisonous personal relationship isn’t really that much of a stretch, after all.

“People followed this idea of hope and faith, only to realise that they were in a really bad situation that didn’t really give them the eternal happiness that they hoped for and ultimately got to a point where there was no way out except death,” he says. “That’s the two themes that run through the record. The realistic idea of being in a relationship where is just feels like there’s no way out of it, and then the idea of joining some weird Evangelical church or cult. Things are really difficult to ran away from sometimes, and that’s why I think it worked as a metaphor for what Nikki was trying to convey, and use the record as a way to cathartically make some realisations of her own about situations she’s been in over the last couple of years.” 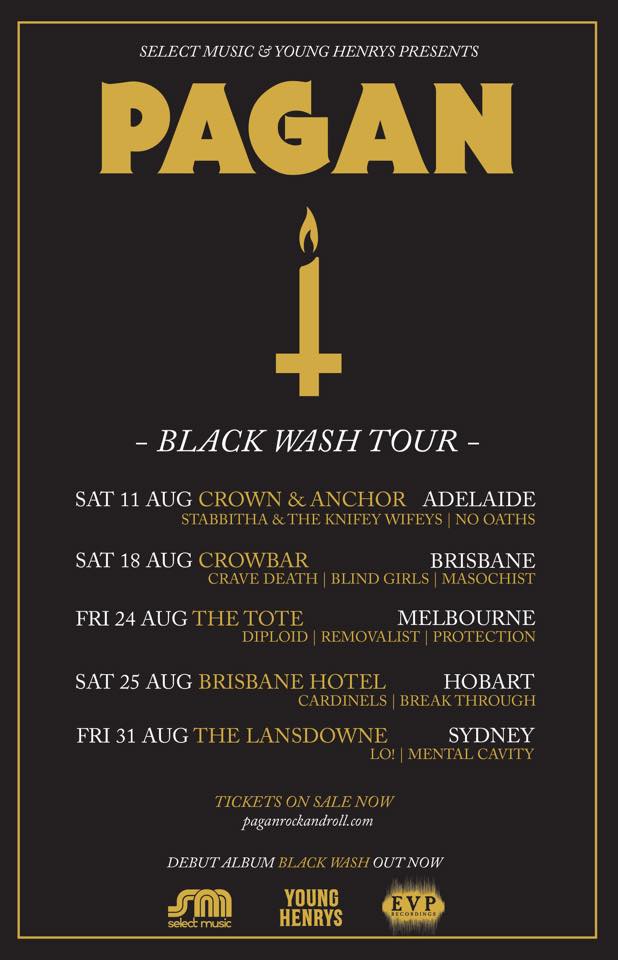