Doom pioneers Paradise Lost are making their third visit to Australia this month, but as headliners in their own right for the first time. Championed as masters of both doom and Gothic rock, the band’s 15th album Medusa resurrects the heavy and slow doom they helped to establish as a genre. But as guitarist Gregor Mackintosh points out in our interview, it wasn’t something that the band just decided to do one evening.

“It’s been a gradual process over years and years,” he tells us, as he settles in to chat about the past and present of Paradise Lost, and their upcoming Aussie visit.

Greg, you’re about to return to Australia for the third time. I can still remember the first tour Paradise Lost did down here. That had to be at least twenty years ago now.

Probably, because we were still partying like young men then. I remember us and Cathedral were pretty much pissed every day! I can’t really do that anymore.

The next time you came down was also with Cathedral on a Soundwave tour. They played their last ever shows on that tour. That will make this time the first official Paradise Lost headliner.

I’m surprised we haven’t done it before, but logistically it’s a little difficult to set up. But you would have thought that in nearly 30 years we’d’ve done more than one of our own tours! I’ve got a friend called Jess who works in a bar around the corner from one of the venues and she says quite a few people are quite excited about it so I’m really looking forward to it. The one thing I’m not looking forward to is the heat. I don’t know how hot it is there now, last time we were there at that time of year with Soundwave, it was pretty unbareable for me.

You’ll be happy to know that Medusa has been getting very good reviews here.

It’s good to hear that, because we don’t often get the feedback from places that we don’t go to. This is literally the first time I’ve heard about how people have reacted to it in Australia. That’s great to hear – you’re never disappointed when you hear someone say that an album’s good! After this amount of time, as well, it’s good to still be relevant.

Plenty of fans have said that it’s like the Paradise Lost of your early period. What are your thoughts on Medusa?

I can see why fans are saying it’s reminiscent of our early stuff, because Nick’s return to gruff vocals and some of the heavier guitar stuff. I think the connection to our past for me would be more to do with one of our most overlooked albums, which was Shades of God, our third album. That’s always been one of my favourite albums of mine from our back catalogue, so me, [Medusa]’s the closest record to that record, and that was quite intentional. And we just wanted to do another doom metal record, something heavy and slow. It’s that simple.

It seems like doom has become quite popular of late, for some reason. There’s been a real explosion of interest lately.

I’ve noticed that. We just did a European tour and we took Pallbearer from the US out with us as support and it seems like there’s a lot of bearded trendy people into doom, which I didn’t realise before. For me it’s just harking back to the traditional doom stuff like Trouble and St. Vitus, and obviously Black Sabbath and things like that. But there seems to be a whole new generation of people who didn’t know this existed before and they’re all very excited about it.

A lot of us have been around metal most of our lives and seem to be passing it on to our kids, and somehow they seem to be rediscovering bands and albums that we may have even forgotten about.

That’s what’s happened since time immemorial really. Most people that I know from my generation got into metal from their ‘elders’ and it’s passed on like a torch, isn’t it? In the UK you’ve got the festivals and there’s lots of people there, but there used to be a rock club in every little town. There’s none left now. There’s none of that left now. I think it’s almost going back underground in a way, especially in the UK, anyway.

Do you think that’s something of a double-edged sword?
As long as people still come out and see you, I think it’s a good thing. It’s not super trendy. Nothing irks a metalhead more than seeing a Bieber or a Kadashian wearing a metal shirt. I’ll be glad when that’s gone.

I think we all will be. Dee Snider said recently that metal isn’t ironic. It’s never been a fashion statement, has it? To most of us it’s a lifestyle.

And that’s why on the street you’re the laughing stock of the masses, but in your own circle, you’re kind of cool. Someone like Shane Embury’s a super cool guy, but if he wasn’t in a band and just working on a building site, people would probably say, ‘Why are you behaving like that?’ Same with me, same with our singer Nick. It is a lifestyle and, for right or wrong, people from the trendy side of things take that as irony these days.

I wanted to ask about Nick actually, because there’s a few times on Medusa where he sounds positively evil! What that something that doing that album with Bloodbath brought back out in him, or was it something else?

Well he didn’t actually want to do Bloodbath for a long time! They were pestering him for quite a long time to do it and he said, I don’t really want to do the death metal vocals anymore. And I was pestering him to do the death metal vocals, and I think we just broke him down. I think when he did the Bloodbath album he wasn’t as polished as he is now with those vocals, but I think doing that brought him up to speed again with the death metal thing and he’s definitely a lot better on Medusa, I think, than on the Bloodbath album. You can tell that he’s worked his way back into it.

Was there a particular reason for wanting Nick to go in the harsher direction again?

Some of the music over the last five or six years, maybe even longer, for me screamed out for a bit of gruff vocal on it. Just the dynamics. I never said to Nick, ‘Let’s become a death metal band’, I just thought some parts really, really demand it. Once he laid some stuff over the music, he understood what I meant, I guess. It’s really about dynamics. You’ve got to have light and shade, especially with heavy music – really heavy music. You’ve gotta have something to counterbalance it out, otherwise it becomes too samey. Same goes for if it’s too light. It gets too boring, I think.

Some people would suggest you’ve found your way back to the dark side again, but it wasn’t something that happened over night. The last couple of albums have also been leading towards getting darker and heavier again.

We’ve been asked in interviews, ‘Why the sudden return to the roots?’ Do you realise people have been saying that for the past 15 years! It’s been a gradual process over years and years. The reason we changed in the first place is because of boredom. We get bored easily. If you just kept listening to this stuff in the car on the way to work and back, great, you can listen to it for thirty years non-stop. But it you’re doing it every single night and every single day for thirty years, you’d have to be slightly retarded to just listen to that and nothing else. So for our own state of mind, our own enjoyment, we mixed it up a little bit. I’m so glad we did that because we wouldn’t have been able to do an album like Medusa with the same kind of passion that we’re doing it today if we’d just done album after album like that.

By the same token, not every band, but some of the bands that stay the same for a very long time – every album – over and over… I have to be slightly cynical about that because it’s like they have to know who they’re selling records to. Which is the real form of selling out, to me. We got accused of selling out on every record we ever did. You can never win, really. If we were selling out, we would have just done Draconian Times Pt 2, 3, 4, 5, 6, 7, 8… because we’d’ve known where the audience was. But we didn’t do that.

Did you ever have any misgivings about the fact that you needed to do something different as a band because as artists you needed to grow?

I think if you start second-guessing an audience, then you’re already compromising yourself and your album won’t be as strong, whatever you do. You don’t know what people are going to like and what they’re going to dislike, and also times change, as well. The scene can change. So you just never know. Don’t second guess yourself. Stick to your own path. 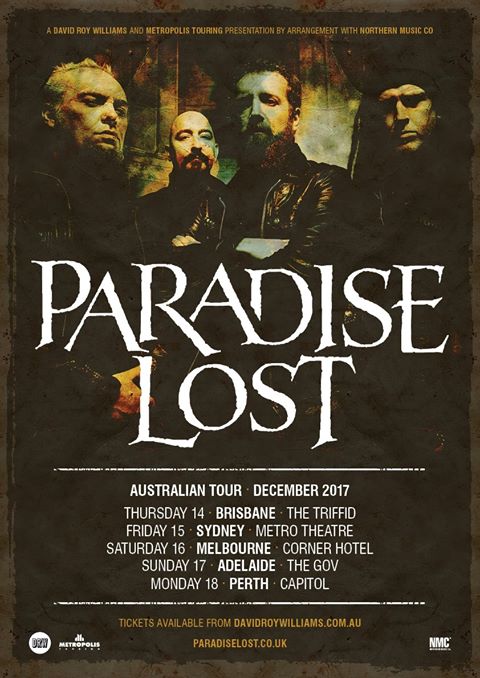