Anthrax guitarist Scott Ian has spent almost 40 years in the public eye. Not only is he the founding member of one of thrash metal’s seminal acts, he’s moonlighted with other groups like The Damned Things, Stormtroopers of Death and his wife Pearl Aday’s touring band, appeared on TV and worked on shows like Metalocalypse. He’s also a spoken word performer and will be in Australia in this capacity this month.

Scott, you’ve been around the entertainment industry now for a few decades so I imagine that you have plenty of stories to tell when you’re up under the lights.

It’s not like I was looking to stand on a stage and tell people stories. It fell into my lap years ago because someone asked me if I’d be interested to try it and out of curiosity I tried it and found that I liked it. But still, if I didn’t have something to say, I certainly wouldn’t do it. But I have a wealth of words to speak  at people, and when I put them into sentences and into the context of stories, they seem to make people laugh quite a bit.

It’s quite a different experience to playing in a band of course. You’re on your own and you don’t have other people to bounce off apart from the crowd. So how do you find it when you’re up there?

I don’t think about it. It doesn’t mean anything to me. I have to get on stage and I have to entertain  people. It’s the same thing I do in Anthrax. I’m there to have fun. I understand that people are coming to see me and they have an expectation, and I try to fulfil that expectation. That’s always been my attitude. It doesn’t matter what I’m doing onstage. If I have the privilege to be in front of an audience, I like to do the best I can to make that audience happy.  It doesn’t matter to me if I’m in a band, or not in a band, I’m up there having fun and doing and giving everything I can to make sure people have a smile on their face.

What sort of preparation do you do? Going back to the first time you did spoken word, what preparation did you do then?

None. None at all. I don’t know! How do you prepare? There’s no manual. There’s not a course, as far as I know, at school, and if there is, I wouldn’t have done it anyway. My wife gave me the best advice. She said, “Go tell stories like you’re in the bar with your friends. That’s all you need to do.” And that’s all I did. And the more shows I did, the more I learned how to use my body languade and use my voice to add so many dynamics. Certainly when I’m on stage in front of an audience it’s different to just standing in a bar with my friends. I might be saying the same words, but it’s a show. I’m live, and I’ve really learned how to tell a story on stage. I learned how to do that just by doing it.

Are you ever on your way to a show and something happens that you feel you really need to talk about that night that you then need to work in to the show?

Oh yeah, it’s not like I have a set list that I have to stick to. I can talk about whatever I want. Usually on stage, when I’m halfway through something I’m thinking about what I’ll talk about next just based on how the audience is reacting to the things I’m saying. I just try to frame it that way. I have enough material in my brain that I don’t have to worry about running out of things to talk about. It’s really about what to talk about, and what might work on the night.

I’d like to pick your brains a little bit about what you think the future of metal might look like when the rest of the big guns stop touring and recording. One of our writers recently opined that we’re now in a post-Black Sabbath, post-Motorhead world, and of course Slayer are about to retire – what do you think the metal world is going to look like in a few years from now?

I haven’t given it a thought. I’m in a band and when I’m on tour most of my thoughts are about how to put on the best show we can put on that day. Then I’ll worry about tomorrow tomorrow. As far as heavy music and what’s going to happen – I’m not the mayor of heavy metal. I don’t have that responsibility. There will always be heavy music. That’s my answer. I don’t know in what shape or form or capacity… I don’t know anything. I play rhythm guitar in Anthrax. That fills up my brain enough. I can’t worry about what’s going to happen. When Iron Maiden retires, it’ll suck.

You have a long relationship with Australia and you’ve been here quite often now. How do you feel about coming back here to do your spoken word again after presenting it here once before?

We must been down there with Soundwave when I did those. I didn’t come down there just to do them. I was down there with Anthrax. I love Australia. I can’t believe I’m coming there to do this. I wasn’t even invited there to do  these. I was invited initially to make an appearance at the Brisbane and Sydney Comicon. I thought that would be a lot of fun, because I do that a lot in the States. I’m a nerd for that kind of fun anyway, and because those shows are on the weekend, I had a whole week off in between so I had the  grand idea of instead of going to the beach or sitting in my hotel room watching Netflix for five days in between conventions, I figured why not do some talking shows while I’m there?

So are you saying that you need to be doing something all the time? Are you one of those people who just needs to be constantly busy?

No,I can sit still just fine. No problem. I don’t look for reasons to leave home. I love to be at home with my son and my wife. I have two ways of doing things. I get offered to do a lot of stuff and it’s either going to be fun, or it’s not. Getting to go to Australia and going to Comicon is going to be fun and the talking shows ended up going along with that. It’s not like I’m going to be gone for a long time. It’s two weeks. It all just worked out… but don’t get me wrong – I do not have a problem just sitting at home with my family just watching Star Wars. I could do that for the rest of my life!

I’m sure there’s quite a few of us who would be happy doing that, Scott. So it was the Comicon invitation that got you down here?

Yes my agent got the offer from Comicon. They said they’d love to have Scott come down, and I said I’d love to come to Australia! So let’s do it!

It’s going to be great to have you here because you are one of the guys we always refer to when we talk about metal and heavy rock, and you’re known for not being short of a word.

Well now you get to be in a room with me and get it straight from my mouth. And you’ll have the opportunity to ask me questions. I do a Q&A in the show, and I don’t have a problem answering anything.

I imagine you get asked the same questions a lot, but has there been a time when you’ve been asked something that you’ve not been asked before. Have you ever been stumped for an answer?

Um, no. I’m not stumped for an answer ever. I can’t say that anyone’s ever… I’m not answering trivia questions! Nobody’s ever asked me something that I didn’t have some kind of answer for. There’s a story in my last book that came out of one of these Q&A. We did that TV show Married… With Children years and years ago and somebody asked me, basically, “Did you have sex with Kelly Bundy?” I just thought that was a pretty interesting question, and instead of just saying “No”, like I should’ve, I totally over-analysed it and said, So what you’re asking me is, did I get Christina Applegate – the actress who plays Kelly Bundy – to actually go on a date with me, and that date turned into a full-blown relationship, and that relationship got to the point where we were going to have sex, and I asked Christina Applegate to have sex with me in her Kelly Bundy persona. That’s what that question was saying to me in my brain. That was a really interesting one!

Do you find yourself over-analysing things much?

No, only things like that because it was so weird to me. Because asking me if I had sex with Kelly Bundy… it’s like, “You realise that Kelly Bundy is not real?” It was just me being an asshole, because I knew what the guy meant. So I turned it into a bit, and everybody laughed so it worked out well! 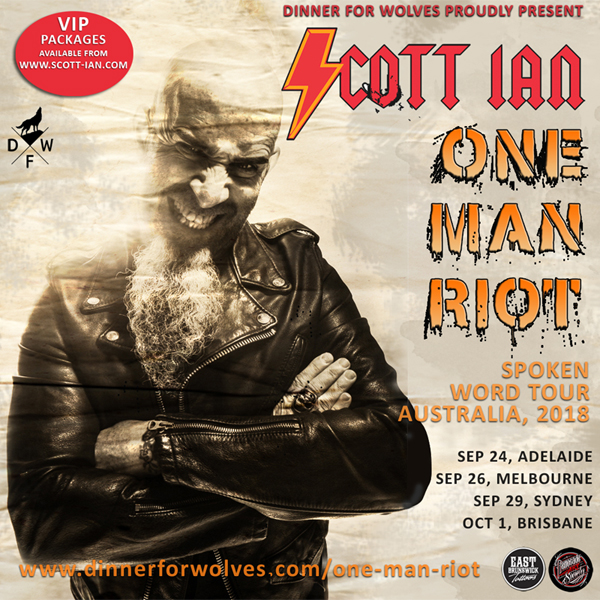