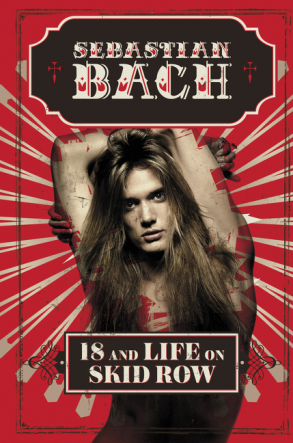 Sebastian Bach is one of rock’s most versatile performers. With a voice of enviable range and power, he has appeared on dozens of recordings beyond his solo albums and work with Skid Row and has dabbled in film, television and Broadway as an actor and singer. As a testament to his enduring popularity, his upcoming Australian tour is on the verge of being completely sold out. Loud took the opportunity to catch up to the affable and ebullient singer as he prepares to head Down Under once more.

Hey Sebastian, great to talk to you man. It seems like it’s been a little while since you were here in Australia.
It’s been about two years… a year or two, maybe. It’s not that long really. You know there was one point on Angel Down, when we had that record, before it came out and after when I was opening up for Guns N Roses all the time, we toured three times in Australia on that album. And then on Kicking and Screaming we didn’t tour at all, and that album charted in Australia higher than Angel Down. So I have no idea what the rhyme or reason is, but we’re coming back. We’re very excited. Sydney is already sold out and Melbourne is like 99% sold out so it’s gonna be a fun set of gigs.

You must feel very blessed that you’re able to sell out shows like that.
Yeah! Yeah I do. We’re starting the tour in Singapore, which is a country that I’ve never even been to. The only thing I know about it is that I’m not going to chew any gum when I go there!

My wife told me that I should be careful not to ask you any stupid questions when I speak to you today. What sort of stupid questions do you still get asked?
Oh I get asked lots and lots of questions. In this climate, that we’re in politically, it’s very easy to alienate people with opinions. We all have opinions, but it’s a crazier, more volatile world that we live in right now, so you gotta watch what you say.

That sounds a little strange coming from you, because you’ve never been one to hold anything back.
Well, maybe I say that from experience. Maybe I’ve lived and learned a bit at this point. Let me give you a couple of examples: gun laws. I come from Canada originally, and I can’t wrap my head around gun laws in America where I live now. It’s insane. I tell people, ‘Why don’t you do what Australia did and ban the fuckin’ guns? It worked over there!’ And I get attacked for that shit. I’m from Canada, so I just don’t understand. And I don’t understand climate change deniers. What is it with these fuckin’ people, man? I just don’t get it.

It was the anniversary of 9/11 there two days ago, and that seems to bring out a new raft of conspiracy theories each time. What is your take on that type of thinking?
Well I would say that if you watch all those programs, it’s pretty obvious that a plane did not crash into the Pentagon, because there’s no plane. I wrote in my book what I did on that day. I was driving my car as far away from New York as possible, because I live in New Jersey so I was trying to get as far away as possible and I was listening to the radio in the car the whole time, and I heard them say, ‘We have just heard that the US Government has just shot down a plane that was headed for the White House’. The newscaster said that, but I only heard that once. I don’t know if there’s a conspiracy, but I heard them they say that, while I was driving, myself. There’s all sorts conspiracy theories, but that was weird, that the newscaster said that.

I don’t know if you’ve been following the story about the band [Decapitated] that got arrested for gang-raping someone in their tour bus. Do you have any thoughts about that?
Well I have nothing to say about that, but I saw the headline in the news and I think it was ‘Decapitated Members Arrested’. I think you could switch those words around in the world of death metal and say, ‘Arrested Members Decapitated’! [laughing] There’s probably a band named Arrested, and for doing something like that, they should be decapitated, so there you go!

It’s a very weird and wonderful world isn’t it, rock and roll. Obviously you’ve been in it your entire adult life. Would you change it for anything else?
No, and the very short, cliched answer is: because I love it so much. I’m what you would call a rock fan. I myself collect vinyl and I have an amazing collection and I cannot wait to come in like a locust in Australia and just take all your Kiss records! I collect music, and I have this voice that I can sing with, so just for selfish reasons alone I won’t quit, because I just love it.

Speaking of your voice, how is that now? You had some problems with it earlier in the year.
No, I didn’t have any problems at all with my voice, but I had a hernia from screaming my guts out. It was a voice-related injury, but it was nothing to do with my throat. Rob Halford from Judas Priest and Dug Pinnock from Kings X had it too. I definitely think, well, I know, that’s it’s from screaming on stage for all those years because I have to contort my body into weird positions… when I was a kid, I used to look at Joe Cocker and think ‘Why does he move around like that?’ He would do anything he can to get those notes out of his body. I am ok now. I got an innie now, instead of an outtie.

Have you had any problems with your throat?
Knock on wood, I have never had a problem with my voice. Everybody gets sick, and singers get completely miserable. Like, it’s really not fun. But my voice is one of my muscles, and I know how to warm it up and get it ready to go on tour. One thing that will damage my singing voice is if I get mad and yell, or talk too much. When I put my book out, we did an audio book, and that involved me reading my book from 10am until 6pm for five or six days in a row, and I couldn’t sing after that. So talking affects us.

I spoke to Rex Brown recently and, of course, he hasn’t been singing as long as you have, but he said he got pissed off with doing a lot of interviews because it was making it hard for him to sing afterward. I guess a lot of people don’t realise how much that can affect your voice.
Well when you’re talking you’re just hitting the same note over and over and over. When you’re singing you’re going up and down your vocal chords. You’re not just hitting the one spot. One thing I always think about when I’m talking about this subject is the Behind the Music on Journey and they interview the whole band, and the bass player said, ‘Steve Perry was always such a jerk. I would go up to him and he would never want to talk’, and then they spoke to Perry and he was like, ‘I was trying to save my voice! I can’t win!’ Damn, dude. Everyone’s always mad at us, and all we’re trying to do is sing like Steve Perry! You try it!

I have to ask you this, man: Are you looking forward to turning 50?
Welllll – Yes. It’s better than the alternative. I gotta say, it’s been a miserable couple years losing so many rock and rollers. The list is endless. So I’m glad I’m not on that list! 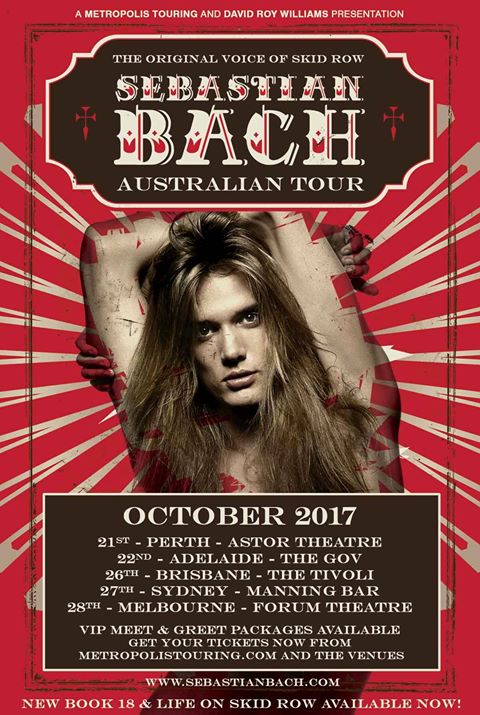