While the previous year had delivered a wealth of gems, most particularly in the thrash metal universe, 1987 was responsible for some genuine game-changers, albums that invented and defined entire genres and others that still rank as some of the biggest sellers of all time… 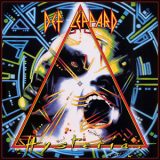 DEF LEPPARD: Hysteria
Plagued by substance abuse and tragedy, three years behind schedule and massively over-budget, Hysteria need to sell 5 million copies just to break even. Propelled by a ridiculous seven hit singles (seriously, the entire first side!) Hysteria went on to dominate worldwide charts for years, setting new precedents in production standards and sales records while also becoming the benchmark for pop-metal to this day. 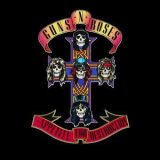 GUNS N ROSES: Appetite For Destruction
No one wanted a bar of the Gunners’ debut album when it was released in July 1987, but after it hit #1 in the US eleven months later rock music would never be the same again. Combining blues and boogie based playing with street level punk rock attitude, the aesthetics of glam and the force and energy of metal, Appetite for Destruction changed hard rock forever, taking it back from the hair metal pretenders and going on to become one of the biggest selling and most influential rock records of all time. 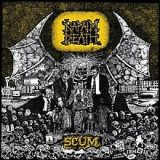 NAPALM DEATH: Scum
There’s hardcore. There’s extreme. And there’s Napalm Death. Essentially two EPs recorded a year apart with two completely different line-ups, Scum took everything about punk and thrash and pushed it to the limit, an art in and of itself where speed and noise were paramount over structure and length. The occasional slower sections only made the fast parts more devastating, as Napalm Death single-handedly invented a whole new form of musical expression. 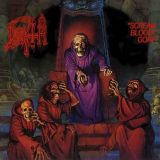 DEATH: Scream Bloody Gore
Possessed had laid the groundwork earlier, but Chuck Schuldiner took metal to new extremes when he unleashed the first Death album. Scream Bloody Gore was raw, brutal and dissonant, an ugly soundtrack to the horror films it was inspired by, an album of tortured rasping vocals evoking evil, twisted and frantic riffs and howling solos and relentless drumming that formed the final blueprint for death metal – and give the genre its name. 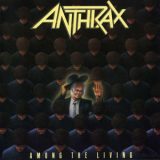 ANTHRAX: Among the Living
While the other members of the Big Four had dropped their magnum opuses in 1986, Anthrax took a little longer to release their signature album. Among the Living found them taking things a little more seriously, matched socially aware lyrics with lightning fast riffs and staunch grooves and gang-style shout-along choruses borrowed from their beloved hardcore, establishing a sound that would help elevate them to the level of legends. 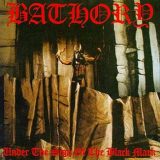 BATHORY: Under the Sign of the Black Mark
Quorthon raised the production standards for his third album under the Bathory name, but had far from abandoned his roots. His anguished vocals barked through rabid thrashers like ‘Equimanthorn’ while his increased song writing and musical skills also allowed him to expand his basic sound and show hints of the epic metal that was to come, while injecting a level of eerie ambience behind the churning maelstrom of frantic, buzzsaw riffing and furious drum assault. 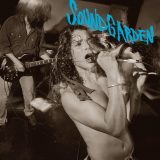 SOUNDGARDEN: Screaming Life
While only an EP, not an album, this was the world’s introduction to the dirty dissonance of Soundgarden and the incredible voice of Chris Cornell. A percursor to the Seattle explosion that would change rock music forever, Screaming Life meshed the rawness of punk with the sludge-ridden guitar attack of Black Sabbath filtered through the Melvins. 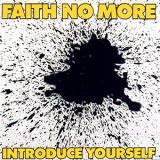 FAITH NO MORE: Introduce Yourself
Like Soundgarden, Faith No More would become one of the most influential bands of the next decade. Introduce Yourself, a more polished effort than the uneven debut, gave a wider audience to their strange but catchy and inventive mixture of metal guitars, hip-hop rhythms and funky beats. While still not as developed as they would become with the follow-up, it was already clear they were a creative force to be reckoned with. 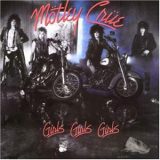 MÖTLEY CRÜE: Girls, Girls, Girls
No one but Motley Crue themselves could have expected them to return intact from the reckless death and destruction they had strewn in the mid-80s. Yet Girls, Girls, Girls saw them hitting the stride they had lost with its shambolic, unfocused predecessor, playing up the sleaze factor of their earliest recordings with a blues-heavy, Aerosmith-inspired dirty rock and roll style. 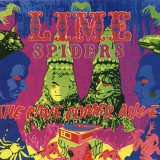 THE LIME SPIDERS: The Cave Comes Alive
We couldn’t let this list get away without an Aussie release, nor one of our favourites. The Lime Spiders had already split up twice and gone through several line-ups before they got their shit together for their definitive release. The Cave Comes Alive bristled with punk energy, taking its cues from the proto-punk garage rock of Radio Birdman from a decade before (“Jessica” sounds exactly like “Love Kills”) but with enough snarl and spittle to be its own entity, and one of the best Oz albums of that year.