1989 was a turning point in world politics, as revolutions throughout eastern Europe dismantled years of dictatorships and oppressive rule in Romania, Czechoslavakia, Poland and Hungary. In December, the Berlin Wall came down in one of the most momentous days in Europe since the end of World War Two. Less than two years later, the Soviet Union would crumble. Newly elected South African president FW deKlerk began the winding back of apartheid. Elsewhere, however, the story was less positive: a student revolt in China was brutally put down when the army massacred probably thousands in Tiananmen Square and throughout Beijing, with purges, incarcerations and executions going on for years afterward.

Musically, the hair-metal feeding frenzy was at its height, thrash metal was solidly established and death metal was coalescing in the underground, moving toward a worldwide cult movement in the next decade. The Mosow Music Peace Festival, headlined by Bon Jovi and Ozzy Osbourne, is held, and Adrian Smith parts ways with Iron Maiden. 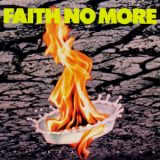 FAITH NO MORE: The Real Thing
San Francisco’s Faith No More had been building up to a breakthrough for years, their talents championed by a growing army of admirers led by no less than Metallica. The introduction of Mike Patton to the line-up proved the perfect union of souls as he added his thoughtful if offbeat lyrics and chameleonic vocals to their metalised funk-rock bounce. It was the breakthrough that made them one of the coming decade’s most revered rock acts. 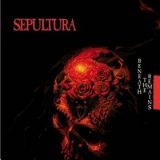 SEPULTURA: Beneath the Remains
With their third album, Sepultura transitioned from Third World metal upstarts to a genuine world-class band. Focused and mature, Beneath the Remains is just about the perfect 80s thrash album, so good that it holds up in its sound, delivery and execution to this day. The literal definition of all killer, no filler, Max Cavalera and Andreas Kisser struck songwriting gold here and the band are at their absolute peak: young, hungry and passionate. A masterpiece. 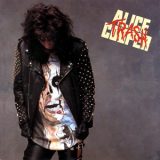 ALICE COOPER: Trash
Broken by the effects of his 70s excesses, Alice Cooper had stumbled through the 80s with a series of poor to average albums that made little impact. While the two albums prior to Trash pointed to a reversal of fortune, it was the massive success of this album’s lead single “Poison” that catapulted the man back to the stratosphere. Featuring a laundry list of late 80s rock royalty that includes members of Bon Jovi and Aerosmith, Trash was loud, brash and pure escapist rock that reminded many of one who had been responsible for such things a decade and a half before. 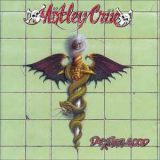 MÖTLEY CRÜE: Dr. Feelgood
After dominating the 80s US glam metal with a decadence unmatched by almost anyone, Mötley Crüe had somehow staggered into 1989 alive but still without a truly great record. Slick, heavy and riddled with hooks, Dr Feelgood proved that the Crüe could actually make a consistent album, spawned four US Top 40 singles, smashed into the American #1 spot and became their first charting success in Australia. Charting in the US for more than two years, Dr. Feelgood is the best album the band would ever make. 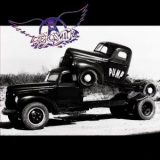 AEROSMITH: Pump
By 1989, the original Aerosmith line-up had been back together for five years but still waiting to strike gold. Permanent Vacation almost delivered, but then came Pump, which brought back the band’s raw rocking sass and swank sound of their 70s heyday and blended it with horns and synths and some pop aesthetics without losing focus on what they were about. Dextrous and eclectic, Pump was a reminder of what a glorious rock band Aerosmith was, and tracks like “Janie’s Got a Gun” explored a lyrical depth previously unknown. 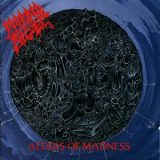 MORBID ANGEL: Altars of Madness
At a time when mainstream record companies were too frightened to publish lyric sheets lest artists fall victim to PMRC censorship, Florida’s Morbid Angel blended unashamedly Satanic imagery and themes with the most insanely fast and crushingly heavy death metal made to that point. Weirdly compelling chaotic solos bumped against faster-than-Slayer riffing, impossible drum speeds and Dave Vincent’s almost terrifying vocal onslaught to create one of the most influential death metal – nay, metal of any kind – albums of all. 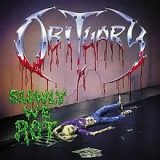 OBITUARY: Slowly We Rot
Slowly We Rot was the other influential death metal debut released in 1989. Perhaps the least technical of death metal’s pioneering acts, Obituary laid further groundwork for the genre’s proliferation into the next decade. Like Morbid Angel, Obituary were also from Florida, but their music was like some lumbering, gigantic beast staggering painfully to its death, smashing everything in its path. John Tardy’s incomprehensible growls and shrieks are downright unsettling, especially when the band gears down into a slow, ugly grind. 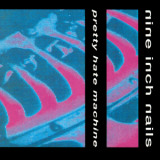 NINE INCH NAILS: Pretty Hate Machine
Trent Reznor brought a human face to industrial music with his low-budget solo release. Unlike the repetitive dehumanising noise of other industrialists, Nine Inch Nails combined its bleak electronic noise with conventional songwriting structures and ideas, widening its appeal and possibilities. By bringing human emotions and catchy hooks into the harsh, clashing electronic world of industrial music, Pretty Hate Machine set Reznor up as one of the 90s most influential music artists. 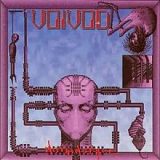 VOIVOD: Nothingface
Voivod’s fifth album Nothingface became the band’s biggest commercial success in spite of being one of the weirdest metal albums of the 1980s. A truly artistic venture with apparently nonsensical lyrics inspired by outre science fiction themes and dominated by an obscure Pink Floyd cover, Voivod’s angular, jazz-inflected masterpiece seemed counter-intuitive at a time when metal appeared to be obsessed with speed and outright heaviness but displayed a twisted creativity that simply could not be ignored. 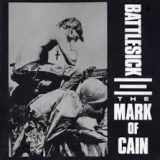 THE MARK OF CAIN: Battlesick
Already head and shoulders above the rest of the native noise rock/post-hardcore scene, The Mark of Cain came armed with a level of intensity few could match in any sphere. Battlesick was a bleak and bitter album that sounded something like a cage match between Joy Division and Big Black but quite possibly even more nihilistic. An unforgiving, merciless pummelling assault fuelled by anger and despair, Battlesick branded The Mark of Cain as a true force to be reckoned with as alternative music began its rise into the 90s.