Every year has excellent, often stunning and sometimes ground-breaking, genre-defining music releases. Some years have several. Occasionally, one year seems to have all of them. 1991 was one such year, a year that not only immediately foreshadowed one of the most significant shifts in the direction of popular rock music since Quiet Riot’s Metal Health had topped the US charts eight years before, but saw the release of some of the most commercially-successful, critically-lauded and influential rock albums of all time.

While 91 is often seen as the year that Seattle’s burgeoning grunge scene overwhelmed every other form of popular rock music, the album that spearheaded the change, Nirvana’s breakthrough Nevermind, released on September 24, didn’t even chart in the US Top 40 until late November. But a seed had been sown. In January 1992 it was #1 in the US and about to go Top 10 in every significant market in the world, and rock had changed forever.

In 1991 though, metal was still very much dominant: Metallica, Skid Row and Guns N Roses all scored US #1 albums and death metal was in ascendance on both sides of the Atlantic. The grunge scene was still merely bubbling away, lead at the time by Soundgarden who were still waiting for a breakout hit, and the so-called alternative rock movement was elevated to wider audiences with the establishment of Lollapalooza by Perry Farrell of Jane’s Addiction which paved the way for the concept of the touring music festival. Sadly, it was also the year the world lost Freddie Mercury, who succumbed to AIDS complications on November 24; ex-KISS drummer Eric Carr died of heart cancer the same day. It was a sour end to one of the most significant years in rock history and, seriously, it was hard to keep this list to just ten. Believe us – there’s a list at the bottom of this article of albums that could have easily been included along the ten we chose to highlight. 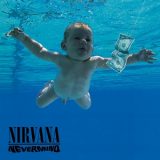 Nirvana: Nevermind
Nevermind wasn’t supposed to be a megahit, and Nirvana weren’t meant to be superstars, but kids disaffected by ten years of increasingly cartoonish corporate rock found something to cling to in the trio’s stripped back, sardonic rage. Combining the hooks and melodies of late 70s pop with the aesthetics and attitude of the punk rock of a generation before, Nirvana was the giant-killing anathema to the mainstream arena rock dinosaur for the kids who didn’t get hip hop and weren’t into extreme metal – the rock scene now had a totally new focus. 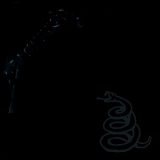 Metallica: Metallica (The Black Album)
After spending most of the 80s reinventing and redefining metal, Metallica now sought to reinvent themselves, taking a significant step back from the style they had basically created. The songs were shorter, slower, streamlined and less complex and they experimented with ballads and orchestration, to the horror of established fans. While it ran a bit too long and thrash fans saw it as a betrayal, the legion of new fans this album won them took Metallica from worldwide cult to worldwide superstars in one fell swoop – complete world domination was almost in their grasp. 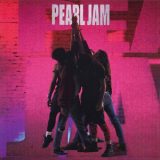 Pearl Jam: Ten
Released a full month before Nevermind but a sleeper for almost a year, Ten’s classic-rock inspired arena sensibilities succeeded even as Nirvana had apparently made such things redundant. Musically, Ten contrasted uplifting, anthemic heavy rock riffs and guitar histrionics with dark, humourless lyrics tackling depression, suicide, homelessness, isolation and murder, a combination that struck a chord with the same disaffected audience now taking Pearl Jam’s Seattle brethren to heart. But Ten’s appeal went further, with older traditional rock fans also taken in by its sweeping stadium-esque majesty, keeping it in the US charts for five years and making it one of the biggest-selling debut rock albums ever. 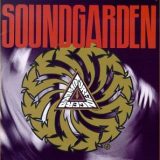 Soundgarden: Badmotorfinger
Released the same day as Nevermind, Soundgarden’s third album was an expansion and distillation of the sound they had developed over the previous decade. Badmotorfinger’s arty, experimental bombast took them to the next level sonically and its timely appearance elevated the band’s popularity. Badmotorfinger was a complex and deeply cerebral album laden with ambiguous, surrealist lyrics, alternative tunings and odd time signatures, but the strength of its songs and performances still delivered the album huge commercial success despite its totally oddball nature. 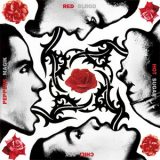 Red Hot Chili Peppers: Blood Sugar Sex Magick
Coincidentally also released on the same day as Nevermind, Blood Sugar Sex Magick turned Red Hot Chili Peppers into massive superstars who led and influenced the alternative rock scene into the next two decades. Pulling back on the raw guitar aggression of their previous album in favour of more melodic songwriting and expanded sonic experimentation, the Chili’s fifth album revelled in sexual innuendo and bravado, nuance and musical exuberance that created a sound almost impossible to replicate, even for the band itself, and set a benchmark for alternative rock still to be meet 30 years later. 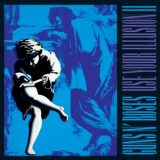 Guns N Roses: Use Your Illusion I & II
Guns N Roses’ always tenuous grip on the biggest rock band in the world title was already starting to slip when this double album juggernaut was unleashed. A release that groaned under the weight of over-indulgence: too many songs, too many long songs, overblown covers, orchestrations, choirs, synths, a laundry list of guests – the street level sleaze of their record-breaking debut had been swallowed up by bombast and pomposity, making it exactly the sort of album Nirvana was rebelling against. Yet at least half of the songs were still great enough to make up for the pure excess of the rest of it. 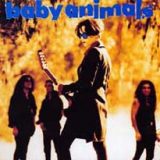 Baby Animals: Baby Animals
Baby Animals exploded onto the scene with the pop sensibilities of Blondie and the Pretenders and the biting hard rock of the Australian pub tradition from which all its members came. With punchy tunes full of loud guitars, fluid solos, huge hooks and the big vocals of Suze Demarchi, Baby Animals was an all-killer, no-filler worldbeater of an album that charted at #1 in early 1992 and stayed in the charts for almost a year, becoming the highest-selling Australian rock debut ever in the process. 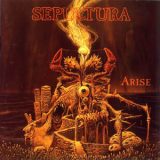 Sepultura: Arise
While Metallica were tempering their thrash metal proclivities, Sepultura were expanding on theirs. On their fourth album the band’s songwriting moved to a new level while bravely and successfully adding a new groove dimension to their blazing thrash along with influences from industrial music, Latin and tribal rhythms and hardcore, making Arise the pinnacle of their career in the eyes of many fans and one of the most important and influential metal albums of all. 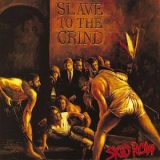 Skid Row: Slave to the Grind
The first album in 16 years to debut at #1 on the Billboard chart, Slave to the Grind was faster, heavier and more aggressive than Skid Row’s 1989 debut. Released at a time when mainstream hard rock was becoming critically homogenised, Slave to the Grind had the fierceness and energy of Motley and GNR’s hungrier, grittier days, a final reminder of what rock sounded like before corporate interests ruined it, the last hurrah for the so-called and misnomered “hair-metal” scene before grunge buried it. 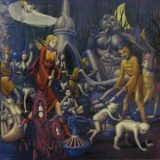 Cathedral: Forest of Equilibrium
While doom as a subgenre of metal had already existed for years, Cathedral’s debut took the form to its logical extension into depths of murk and misery it had never before explored, setting a benchmark for the form. Monstrous, slow grinding riffs, glacier-slow beats and Lee Dorrian’s shrieks and growls met the album’s murky production values head on, creating a surrealistic atmosphere of gloom and terror that cut a sonic template for all doom to follow.

1991 really was a huge year for music releases. This overview could have run to 35 albums or more. Here are some of the others that we didn’t include, and not because we didn’t want to: