1997 was the year the original Black Sabbath reformed. By then, the Seattle scene had faded but its influence in the rock scene was still being felt while nu-metal was beginning to really take hold and the rumblings of metalcore – thanks to the underground debut of The Dillinger Escape Plan along with albums like Shai Hulud’s Hearts Once Nourished With Hope and Compassion – were also starting to stir. Along with the continued ascendancy of black metal, there was plenty going on across the heavy music world of 1997. Here is some of it. 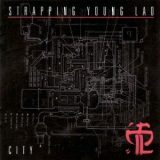 STRAPPING YOUNG LAD: City
Smarting from the failure of his first SYL release, Devin Townsend came back with a vengeance for the second. With a purpose-built band to help him on his mission, City was extremity for the sake of extremity, a crushing, industrial-tinged bulldozer of wall-to-wall heaviness, vocal theatrics, spidery melodic surges and dumb lyrics that paved the way for one of the most creative and astonishing careers of the next twenty years. 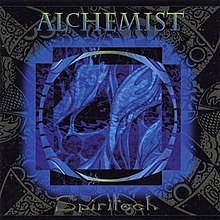 ALCHEMIST: Spiritech
With their first two albums, Alchemist had established themselves as a truly singular identity, blending surf rock, Zappaesque weirdness, and grindcore with death metal. Spiritech was the perfect balance and refinement of all the experimental elements Alchemist had brought to bear on thosealbums. Tribal rhythms, slide guitars and Eastern scales crossed with crushing death metal riffs and roared/screamed vocals to create a unique sound and style by turns brutal and hypnotic, dynamic and utterly original. 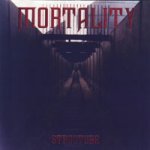 MORTALITY: Structure
Mortality blew everyone away when they debuted on the scene in the early 90s. By the time Structure was released they had changed considerably and developed a crushingly heavy style driven by an immense bass throb and the bull-necked roar of vocalist Darren Maloney. The band split almost as soon as it was released but it remains one of the strongest Australian metal releases of the period. 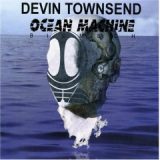 DEVIN TOWNSEND: Ocean Machine: Biomech
The yin to City’s yang, Ocean Machine: Biomech showed the complete opposite side of Devin Townsend’s manic personality. Ocean Machine is an expansive, at times gentle, often moody album of melodic progressive metal that he would carry into later less extreme projects but perhaps never quite managed to match. 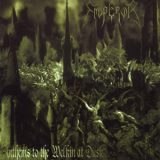 EMPEROR: Anthems to the Welkin at Dusk
Emperor had already set the standard for sophisticated black metal with their groundbreaking debut In the Nightside Eclipse three years previously. Their second full-length was the further definition of their grand vision. Anthems was faster, more guitar driven and even more intense with a crisper, more even sound, more classical embellishments and a further sophistication of melody and darkness, a true masterpiece of black metal art. 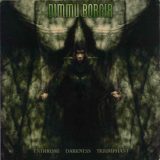 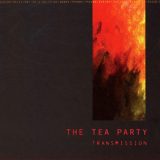 THE TEA PARTY: Transmission
After gaining mainstream success with 1995’s The Edges of Twilight, Canadian three piece The Tea Party took their already multifaceted sound  further on the follow-up. Transmission was a dark album that leaned closer to industrial rock as the band added sampling and electronic flourishes to their Eastern-flavoured rock, and took lyrical inspiration from dystopic visionaries like Huxley and Orwell. 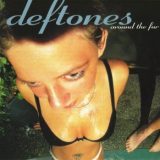 DEFTONES: Around the Fur
On only their second album Deftones proved they were more than just another nu-metal band as they wove in New Wave and shoegaze influences to expand their musical oeuvre. Around the Fur was a bold move in developing their style, helping them to establish their future direction as one of the more sophisticated and dynamic heavy rock bands of the next decade. 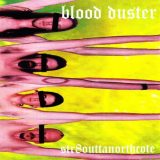 BLOOD DUSTER: Str8outtanorthcote
Blood Duster stepped beyond the realms of their grindcore beginnings with their first full-length recording. With lyrics that took depravity to new lows, Str8outtanorthcote took grind, mixed the groove and ultra-sludge of bands like Clutch and Christbait to develop a style completely their own – metal, punk and funny as fuck. 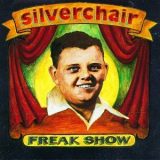 SILVERCHAIR: Freak Show
While still wearing their grunge rock hearts on their sleeve (the album was held off so not to clash with the new Pearl Jam record), Freak Show saw Silverchair taking a stab at maturity with string arrangements and Indian percussionists hinting at future sophistication beyond the regurgitated Seattle riffing. The changes didn’t hurt their popularity on the way to their second (of an eventual five) Australian #1.

Here are some others we didn’t cover: FAITH NO MORE: Album of the Year, THE DILLINGER ESCAPE PLAN: The Dillinger Escape Plan, IN FLAMES: Whoracle, SEGRESSION: Fifth of the Fifth, METALLICA: ReLoad, THE GATHERING: Nighttime Birds, DARK TRANQUILLITY: The Mind’s I, HYPOCRISY: The Final Chapter, BRUTAL TRUTH: Sounds of the Animal Kingdom