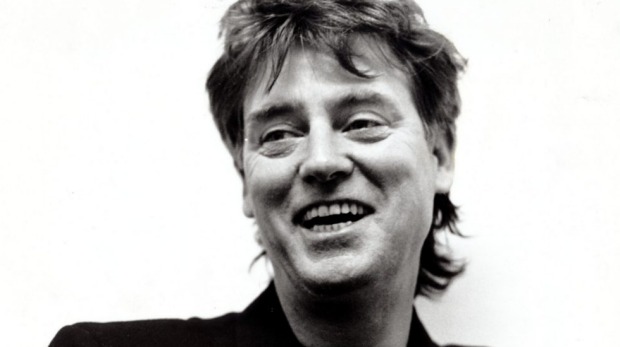 Indeed, it is sometimes only when that person passes do we even realise how much they have helped to create who we are, how important they have been. When my wife found out that Rik Mayall had suddenly died this week, she virtually went into shock, a visible, tangible distress for the loss of a man she had never met but who had helped to shape who she was.

I was struck almost as hard when I learned that Doc Neeson had finally succumbed to his brain tumour last Wednesday. I had started out with the intention of getting a backlog of work done, but once I found out I no longer had the inclination to do much of anything. Even this article took more than a week to write. For a lad who grew up in the suburbs with a deep-seeded instinct for hard rock wired into my DNA somehow – and who knows how that got there – Doc and The Angels weren’t just heroes. They were an all-pervading presence.

In the days when rock radio still played new music that wasn’t just repeat plays of the latest Foo Fighters track (who, of course, didn’t yet exist), The Angels were all over it, and not just the songs we now know as hits. I can still remember hearing ‘Live Lady Live’ and ‘Into the Heat’ every once in a while. They were accessible, because unlike AC/DC, they hadn’t pissed off overseas for good so you could still go see them a couple of times a year no matter where you lived. The first concert I ever attended was an Angels show at the paceway a suburb from my house, where the undercard of The Radiators, The Church, The Venetians and The Expression were simply blown away almost the very moment Doc bounced onto the stage, to the point where I don’t even remember seeing the other bands. In late 89, I watched them wipe the floor of the Sydney Entertainment Centre with a shambolic Guns N’ Roses, Doc climbing up into the half-empty stadium during the spoken-word ad-lib in ‘Marseilles’. They were such a great live band that almost no one could stand beside them. Another time, in the late 90s, I got to see them up close and from side-stage in Wollongong after my friends in Nitocris – who were opening – smuggled me backstage. I could see Doc’s sweat hitting the boards as he led the band through a ferocious set and I got so excited that one of their crew stridently warned me to settle down or I’d be thrown out of the venue.

The Angels’ definitive statement, the glorious Liveline, one of the best live albums of all, was recorded (well, most of it) at another venue just down the road from my home, a place that I later frequented every weekend and where I was one of a handful of people to see Johnny Diesel & the Injectors’ second-ever Sydney gig (opening for the Rads, I believe). I was too young and too young-looking to sneak in to the place to be there when Liveline was recorded, but it was one of the first CDs I ever bought and many long nights were spent rocking out to it with my brother and/or my best mate Whitey in the caravan I lived in out the back of my parents’ place.

Even as other bands came and went in my life with varying degrees of favouritism, The Angels remained like a cornerstone of my very existence, and when I had the opportunity to meet Doc Neeson he didn’t disappoint – warm, humble and very generous with his time. The next-to-last time I saw him was at the ill-fated Save Our Sando Rally only months before his diagnosis, a day where he played a set of classics, led the thousand-strong march from St Peters to Newtown virtually by way of his personality alone and then did another set of songs on the back of a truck in the middle of King Street. He was 65 years old. A man of the people to the end. I can’t hope to pay his memory the same justice as Darryl Mason did in his wonderful Guardian obit or in David Fricke’s magnificently-written piece for Rolling Stone, but I hope that in this small way people can understand why Doc Neeson was such a personal hero not just to me, but to so many others. He may not have discovered penicillin nor ended world hunger, but he and his music filled dark places with good memories and made good times better. That Doc Neeson no longer walks the earth is a very sad thing. That he once did is awesome.

He will be sorely missed.