If there was one thing chroniclers learned in 2016, it was to not make an End of Year wrap-up until the end had ended.

The Grim Reaper, it seemed, wasn’t about to take a holiday at Christmas, continuing to mow down the big names, and some not as big. Celebrity and superstar deaths dominated space in the news that wasn’t taken up with the rise of the Right until the year actually came to be defined by it. Despite the darkness, or perhaps because of it, the world of rock and metal still managed to put out some damn fine music, from which we chose 20 of the best a few weeks back. 2016 was also the year we relaunched our site with this great new format, so that was a plus too. In our wrap-up, let’s take a look at what we reckon were some of the biggest stories in rock music this year.

The Remarkable Story of AXL/DC
After 43 incredible years, it could be that the rock n roll train that is AC/DC is finally pulling in to the station at last. Brian Johnson’s public revelation of his severe hearing loss was followed by his almost immediate dumping from the band he had loyally fronted since 1980. The announcement that his replacement would be Axl Rose was universally seen as bizarre, especially as Duff and Slash had just rejoined Guns N Roses for a world tour, until he actually hit the stage and showed that couldn’t just handle the job – he nailed it. Still, the treatment of Johnson rankled many and Cliff Williams’ retirement at the end of the tour leaves Angus Young as the only permanent member of AC/DC and with no news of the band’s future since then, it could be that one of the greatest bands of all time has played its last.

The 45-year Old Law Suit
After almost half a century, Jimmy Page and Robert Plant finally came to court to prove that their enduring epic ‘Stairway to Heaven’ wasn’t ripped off from some obscure 60s instrumental called ‘Taurus’, by Californian hippie band Spirit. That song’s writer, the late Randy California, had long claimed Page and Plant had stolen his work, but after a seven-day trial during which both songs were performed side-by-side for the jury, the case was thrown out.

Phil’s White Power Rant
At the close of the annual Dimebash in Hollywood in January, an apparently inebriated Phil Anselmo was shown throwing a Nazi salute and yelling “White Power!” at a section of the crowd. Following the predictable backlash, Anselmo originally claimed it was a joke based on what had been imbibed backstage – white wine, but in an interview in Rolling Stone late in the year he explained that it was meant ironically, directed at some guys neo-Nazis he saw in the crowd. In the same story, he also opened up about being molested as a child. Contrite or not, it may take some time before many can find it in themselves to believe or forgive him. 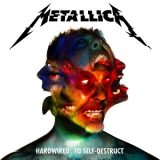 The ARIAs Do it Again
As if to prove that the entire category is nothing but lip service, the annual ARIA Awards gave the Best Heavy Metal/Hard Rock Album award to psychedelic rockers King Gizzard and the Lizard Wizard ahead of acts that the classification was actually created for: Parkway Drive, The Amity Affliction, Hellions and Twelve Foot Ninja. Predictably, TAA’s Joel Birch had a spray about the farce on Twitter that led to him being instantly mocked.

Our Cultural Carnage
David Bowie. Glenn Frey. Prince. Merle Haggard. Leonard Cohen. Keith Emerson & Greg Lake. Rick Parfitt. George Michael. The big names just kept knocking on Rock N Roll Heaven’s Door in 2016, like a morbid parade of some of the greatest artists from across the spectrum of modern music. And it wasn’t just musicians. There were beloved actors (Carrie Fisher, who died while this was being written!, Alan Rickman, Gene Wilder, Florence Henderson, Alan Thicke), writers (Umberto Eco, Harper Lee, Bob Ellis, Edward Albee, Richard Adams) and sports people (Muhammad Ali, Arnold Palmer). For many of us born before 1990, it was a decimation of our living cultural heritage. The saddest fact of all is that while many of us have taken to blaming the Year 2016 itself for these losses as if it was a crazed killer opening up with a machine gun at an awards ceremony, as our cultural icons grow ever older, the list of the fallen is likely to get longer in the future, not shorter. Perhaps that’s why we have come to despise 2016 so much – it was the year we realised that the world can be a pretty shitty place after all.