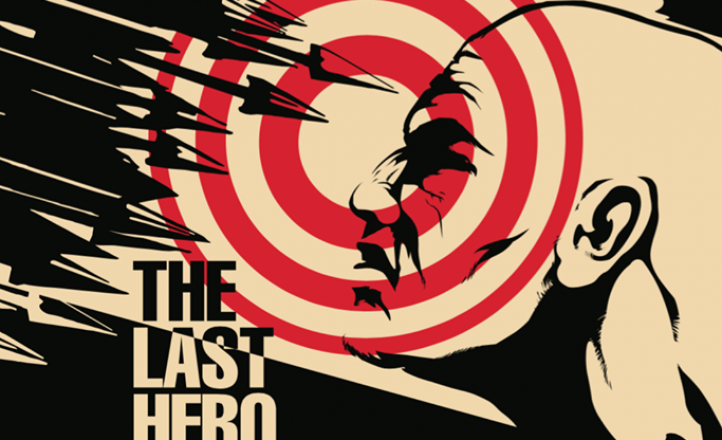 Enmore Theatre, Newtown NSWApril 4 2017
American rockers Alter Bridge have long since moved on from their origins of Creed. Their sound is harder, heavier, far less commercially geared and with well-established front man and second guitarist Myles Kennedy in their ranks, they have a well-known reputation as being a brilliant live band. Returning to Australia in support of their excellent fifth album The Last Hero, their fan base is only growing as evidenced by the floor of the Enmore being close to capacity.

US based Kiwi band Like A Storm took on the task of support act. Sadly this reviewer has grown weary of younger bands heaping constant praise on their audience littered with expletives and exhibiting some sort of profound spiritual high whilst playing melody lines. As a result, these sorts of distractions in the performance by Like A Storm impacted on the appreciation of their clear talent at delivering precisely what their fans want during a performance. The band has worked hard and toured with a variety of decent names but some of their stage banter marred the delivery of otherwise solidly constructed songs.

One of their trademarks is having a sense of dynamics as the addition of didgeridoo played by lead vocalist Chris Brooks in songs such as ‘Become the Enemy’ demonstrated, as did the judicious use of slide work on a stand mounted Resonator guitar during ‘Wish You Hell’. Their song ‘Break Free’ included yet another utterance of ‘you guys are awesome’ during the song itself. Still, they had a heavy rock sound with a down tuned edge, solid drumming from Zach Wood plus good arrangements as heard in their new song ‘Pure Evil’, despite some clichéd aspects. The irritation with them stemmed primarily from the band covering the AC/DC classic ‘TNT’ without a hint of the song’s inherent raw attitude. Moving on, they ended their set with the possibly Korn inspired ‘Love the Way You Hate Me’ as green lighting filled the stage and during which a didgeridoo was thrown off stage rock star style to a stage technician waiting in the wings. Overall, they are good at what they do, it’s just that some of the delivery felt a tad manufactured.

Now with the venue filled up substantially and the changeover in progress, the Alter Bridge stage set was revealed under subtle blue lighting. Opening their set with ‘The Writing on the Wall’ from The Last Hero, the sound mix was spot on. Kennedy sang with strength and clear melody while Brian Marshall prowled the stage with his five string bass, adding powerful finger style bottom end to Mark Tremonti’s sustained and heavy guitar riffs. As the back drop area lights spun and dazed the audience with bright flashes, Kennedy’s brief yet succinct guitar solo with wide vibrato and a touch of Malmsteen’s neoclassical style to it, gave the song greater dynamics. ‘Come to Life’ from the Blackbird album continued the professionalism and invoked the floor-based punters to bounce excitedly as they sang along to the chorus. Tremonti played a brilliant solo with high notes and speed runs displaying his mastery of instrument. Even with the song’s groove, the heaviness was enhanced by the hard hitting drumming of Scott Phillips.

It was then time for some songs from the fantastic Fortress album. Both ‘Farther Than the Sun’ and ‘Addicted to Pain’ were presented with heavier approaches than recorded versions. The former involved sharing guitar solos with Tremonti’s wah drenched solo soon followed by Kennedy’s impressive effort played with his guitar held vertically with his leg on the fold back wedge, not surprisingly reminiscent of Slash’s live soloing style. The latter was played with strobes galore as Tremonti let rip on his signature Concept guitar. A bit later in the set, the Fortress album and show highlight ‘Cry of Achilles’ also included guitar mastery from both Kennedy and Tremonti without losing sync with the rhythm section plus deftly returning to the song’s thematic riff and powerful chorus flawlessly.

‘Crows on a Wire’ and ‘My Champion’ from the latest album were then trotted out both of which had strong choruses and expressive solos from Kennedy and Tremonti respectively, bookending the song ‘Ties That Bind’ from the much celebrated Blackbird album. Again, Tremonti’s fret board skills were on display but it was during Fortress track ‘Waters Rising’ where Tremonti shared lead vocal duties with Kennedy and almost matched his projection with singing strength. Plenty of stage movements, rock guitar solos and dash of amplifier feedback for good measure.

Crowd sing-alongs reached a climax during Kennedy’s solo performance of AB III track ‘Wonderful Life’ which deftly segued into ‘Watch Over You’. Usually an acoustic guitar and vocalist alone on stage exposes impolite chatterers but in this instance, the audience was transfixed and singing along with enthusiasm. Numerous phones were held aloft and the lighting subtly became brighter as the second song rose to its crescendo. The full band returned to the stage to play their popular single ‘Isolation’ and thus a down tuned riffage onslaught ensued. Musicianship was again on show but reined in by song structure and unison chorus singing even as intense drumming from Phillips powered the song at a tight pace.

Encore time hit and sure enough, latest album material re-appeared with Show Me a Leader to kick things off. Both guitarists stayed on the stage and duelled with some tasty, hard rock and blues tinged soloing. It was all call and response type playing with the intensity and length increasing as it progressed. But it was kept brief so it remained entertaining, followed by the final song of the night with the Blackbird album’s hugely successful single ‘Rise Today’. Plenty more lights lit up the Enmore as the song concluded and feedback from Tremonti’s guitar wailed over the venue as the band took their bows. Alter Bridge are only getting better with each visit and at almost two hours set time with decent coverage of their entire discography, they provide a great and powerful live show.