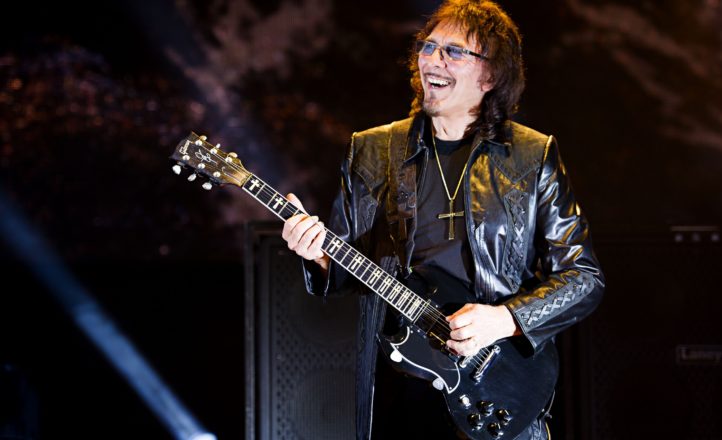 Somehow, I have been alive as long as Black Sabbath has existed but until tonight have never seen them live. For thirty years they have been part of my personal soundtrack. Their music has opened almost every episode of my radio show for as long as I can remember, yet they are a concert experience I have never had. Now, as they play Sydney for the last ever time, I am finally there. Excitement is tinged with sadness as I take my seat with 13,000 other people inside Quodos Bank Arena. What sort of a name is that for a place? Doesn’t matter – Black Sabbath is on!

But first, a word about the opening act. Unfortunately due to the stupidly long line at the bar – that led, eventually, to a pathetic half-strength CC & Dry due to SOPA’s idiotic licensing rules – I almost missed Rival Sons. That was a crime. Quite simply, Rival Sons are a fantastic rock band that deserves far more respect than the tacit appreciation they received tonight. Classic set up, classic sound, in front of an obviously discerning audience like this one, Rival Sons should have been eaten up instead of politely applauded. Perhaps opening for one of the most important bands in rock on their last tour just wasn’t the right time for them to be playing here. I hope they return as soon as they can.

After the briefest of change overs for such a huge gig, the arena fell to darkness and the gigantic screen above the stage played out a CGI sequence featuring the devil setting the world ablaze; below, the first note of that epic tritone tore from a battered SG and Black Sabbath had arrived on the scene, their signature tune tolling across the arena like a doom. From that moment I was completely enraptured under the spell cast by the progenitors of everything heavy metal, draped head to foot in black and playing tunes that have become hardwired into my DNA.

Stage right, Geezer Butler kept the bass lines rolling with a dextrous alacrity that was astonishing to witness. Centre stage, Ozzy Osbourne clutched the mic, warbling, bellowing, swaying like a scarecrow. He wavered here and there and went off-key more times than he found it, but his impish antics and strange energy made him a joy to watch. For this fan however, the real star was Tony Iommi, slowly and effortlessly unleashing his fearsome array of minor key riffs and sinister solos, looking positively regal as he stalked the stage.

‘After Forever’ entering the picture early was a pleasant surprise; hearing the opening passage ‘Into the Void’ was like a religious experience. Many, many years ago I heard Ozzy perform this on a solo tour here, but now coming from the original source it oozed with swaggering menace, one of the greatest sludge riffs of all time. ‘Snowblind’ sounded enormous, Ozzy donning an errant bra that had made its way on stage while he yelled about cocaine and 13,000 voices helped him through the first verse of ‘War Pigs’ (most seemed less familiar with the last). Butler took the lead with a reverb-drenched bass romp that extended into the immortal ‘N.I.B.’, a song that once made me wish my name was Lucifer so I could use that line on women, Iommi’s closing solo spiralling towards a thundering finish. The sombre ‘Hand of Doom’ signalled a stark mood shift from the upbeat swing of ‘N.I.B’, Ozzy sounding particularly gloomy.

Drummer Tommy Clufetos then got his turn in the spotlight, rumbling and crashing through a gigantic solo in ‘Rat Salad’, showing off an amazing series of chops. It was as breathtaking as it was unnecessarily long but it gave the others a chance to rest. Then the stumbling riff of ‘Iron Man’ filled the arena as Black Sabbath ramped up the pace into the tail-end of their set, rocking out with ‘Dirty Women’ before closing with what is still one of the heaviest songs ever, the message of frustrated hope that is ‘Children of the Grave’. Of course, they encored with ‘Paranoid’, the song that is perhaps the least representative of Black Sabbath’s music but the one that is mostly identified with them. I wouldn’t have cared if they’d not even played it. Black Sabbath had already done more than I could have wanted, an incredible night of classic heavy metal. Did Ozzy throw water over the front row and run around clapping? Of course he did, he’s Ozzy Osbourne. Was there that cheesy ‘Be louder than last night’s crowd!’ moment? Of course there was, we were at a heavy metal concert. Most importantly, was there a set of amazing songs that helped to define a genre? Yes, yes and yes. For the final time, Black Sabbath had woven their dark spell on Sydney and it was incredible. I was deeply happy, even if I should have perhaps been very sad, for there will never be another like them again.
Black Sabbath
Fairies Wear Boots
After Forever
Into the Void
Snowblind
War Pigs
Behind the Wall of Sleep
N.I.B.
Hand of Doom
Rat Salad
Iron Man
Dirty Women
Children of the Grave
—
Paranoid