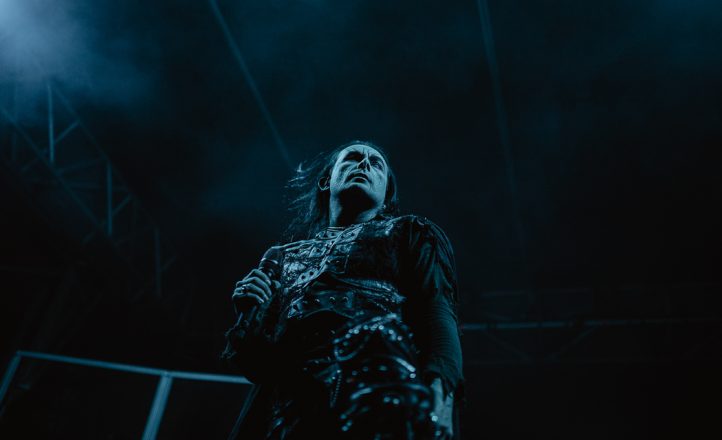 Cradle of Filth have been a ‘take or leave’ kind of band for most of their recorded output but there are not many fans of extreme metal that ignore the Cruelty and the Beast album for the great conceptual creation it is.  The band are here to play it in full tonight.

After a slow drag to get in the venue, we are greeted by Hybrid Nightmares already onstage playing up as the entertainers they have worked hard to become known as.  Vocalist Loki manages to fit comedic jabs at the crowd in between songs, breaking up the usual serious nature of the black progressive music they play, and honestly making it thoroughly enjoyable experience.

Given a solid 30 minute break between the openers and the act everyone is here to see allows a build up of crowd intensity that a band such as Cradle of Filth would expect.  A quick look around the pit shows a lot of old heads that may have come out to see the curiosity of such a lauded album played in its entirety live.

As the opening instrumental ‘Once Upon Atrocity’ tape rolls, the band make it on stage one by one, with a hooded Dani Filth being the last one out, all with little to no interaction with the audience.  The band focus on the job at hand and blast through the album in live form, adding small flourishes here and there, but in the main sticking strictly to the script.  Dani never ceases to amazes with his ability in the live environment to switch between his lower register growl and high pitched screams seamlessly.  Yes, he has been at it a long time, but it doesn’t seem to have taken a toll here, even though the band have not long finished a world tour in support of their newest album.

Keyboardist Lindsey Schoolcraft helps with the atmosphere; it is a shame that on the small Valley Drive-In stage she is relegated to an almost out of sight position towards the back of the stage.

The stage banter is left for the small encore after the full album set winds down, with Dani making the comment that he wasn’t sure how well it would go outside because of the strong wind that was blowing, and the dust and smokey atmosphere that has engulfed Brisbane this evening due to numerous bushfires in the near by Gold Coast Hinterland. This was a set for the older fan, right down to the final song in the encore, from ‘Heartbreak and Seance’ off their newest excretion to  ‘Her Ghost in the Fog’. And it felt as though the band thought they still have something to prove to those fans who dropped away for whatever reason, and whatever that reason, they have ably proved they are a fantastic live band.