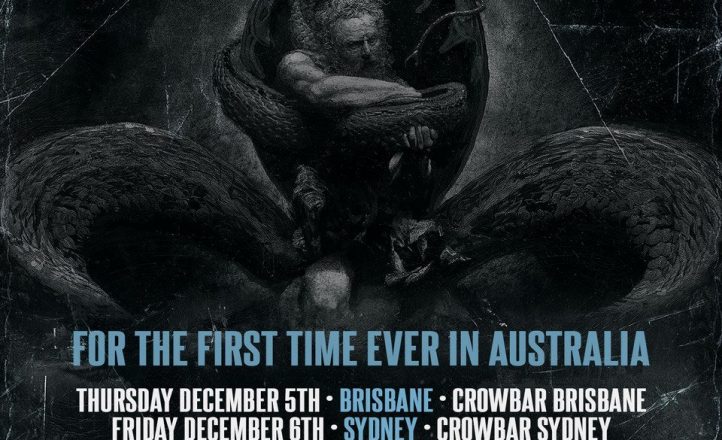 Tonight has been a long time coming for fans of our headlining band, having been a touring entity since the early 90s but never making it to our shores. The energy throughout the venue is high as plenty of older fans have come out to catch what may well be their one and only chance to see the lords of sludge metal.

Chassm start the night off with some meandering sludge/black metal crossover sounding more like a heavier version of Sleep and their two members just play as if they were in a rehearsal room together, barely acknowledging the audience assembled before them.  They feel like a bit of an odd fit for the bill though do manage to keep the pit moving for their 30 minute set time.

The Black Swamp were only here a few weeks back on a bill that included another classic NOLA sludge band in the form of Eyehategod.  The band has worked a lot this year with a good number of support slots; that experience continues to shine through with a stage presence that exudes the kind of confidence of a band in their position.  With an album and two EPs to lift the set from it is a little different from the one LOUD was fortunate enough to catch recently, though not by too much as the band only has limited time on stage and a few crowd favourites to get through, such as the immense Event Horizon and Common Crows.

It isn’t often you see a band of Crowbar’s calibre setting up their own equipment, though here as if to prove the working class roots they sprung from Kirk Windstein strolls out and sets up his own equipment.  This adds to the intimate feeling of the gig, watching the band set up as if they were just going through another rehearsal.

Once the vocal mic is setup and the guitars plugged in, the band is ready to rock long before their listed set time, and without a care Crowbar launch into Conquerin. Those of us in front proceed to get destroyed for the next hour and a half as the band rip through a set that spans their extensive catalogue, only taking short breaks to tune their guitars which in turn allows Kirk to have a bit of banter with the front row.  The only issue was that the vocals dipped in and out of the mix though when you are playing some of the heaviest riffs around, it may not take much to lose them.

Seeing this band in their natural environment on the stage is one that will be hard to top for this keen fan.  Hopefully it wont take the band as long to come around again.