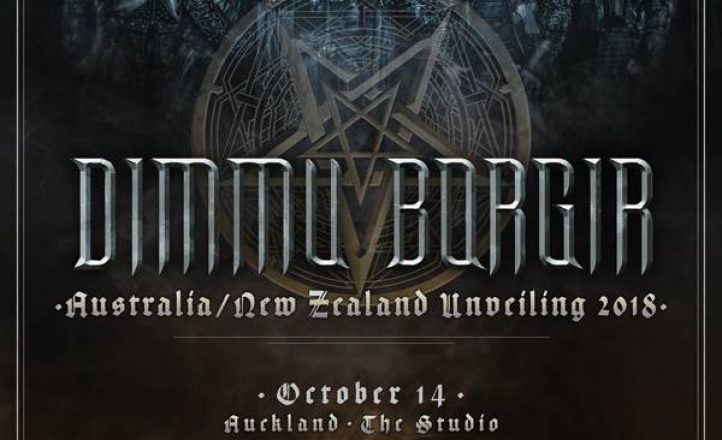 This headlining tour has been a long time coming, with Dimmu Borgir having only been here before as a part of now defunct touring festival Soundwave in 2011 and meaning that the band has never been able to bring their full theatrical show to us before.

Openers from WA Earth Rot kicked the night off well with their mixture of thrash/black and death metal. The set sounded very flat with the vocals and guitars at times lost in a cacophony of sound leaving some in the crowd to mumble unhappily with the short straw the openers had. As it went on the sound improved though and the band seemed to settle into a groove and draw more punters into the room. High marks to the drummer who continually felt the need to stand up behind the band and continue to blast out beats while on his feet.

As the venue descended into darkness for the headliners, the air of theatrics was palpable with dark lighting and a heavy mist hovering over the stage adding to the allure. While the band made their way out onto the stage to the pre-recorded track that opens ‘The Unveiling’ from new album Eonian they soon ably took control with live instrumentation and vocals and lead straight into ‘Interdimensional Summit’, played perfectly with the backing track that weaved throughout without missing a beat or stepping on each other’s musical toes.

The 80 minute set relied heavily on the newest album with a total count of five tracks lifted from it, with a spattered mix of one or two from all but the band’s first release. The need to play with a backing track seemed to leave guitarists Galder and Silenoz stuck fast in their positions on stage, with their bassist doing the most movement on stage. Vocalist Shagrath was in fine voice without a vocal drop out at all, with his stage manner making the procession feel even more like a piece of musical theatre and little less like a live gig.

That is the real draw back I took away from this show. It was that clean and polished and withdrawn on crowd banter, because the band were tied to the backtracks and perfect playing that, as enjoyable as the show was, it seemed like more of a show than a gig.  That pomposity is part of what makes Dimmu Borgir work but it left LOUD feeling as though we wanted more. More banter, more unpredictable live moments. Even black metal of this calibre should be a little bit dangerous, while this felt a little more like a theatre show for metal heads.

An awesome show that somehow left a small empty feeling.