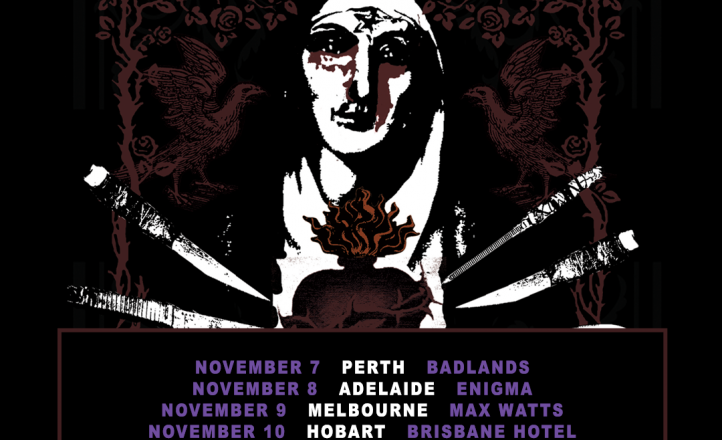 Friday night in Brisbane’s Fortitude Valley can be heavy at the best of times, but tonight is about to get a whole lot heavier in a different, far more exhausting and healthy kind of way.

Brisbane’s own sludge masters The Black Swamp take the stage first to wield their tar-thick riffs.  With three EPs in their cannon now it feels as though their 30 min set could have been longer if you were as caught in the mosh as LOUD was this early on in the night.  This band is yet another hard working example of just how great our local scene is right now.

Black Rheno follow with their intense mixture of all form of music, from hardcore to sludge and a healthy mix of grind thrown in for the sake of it.  If you haven’t managed to catch anything this band has been doing for the last two years, then you are in a darker cave than the one I sit here typing from.  Frontman Ryan Miller is like a modern, hyper version of Midnight Oil’s Peter Garrett as he twist and turns and contorts himself around the stage space he has while guitarist Mariano does his best to just stay clear of the one man pit machine to his right.  How a band can create this much musical chaos with only a guitar and basic drum setup still baffles the mind.

Using their time on this tour to promote their recently released Noise Smasher album, there is a lot of newer material being thrown at us tonight, and if it’s possible, it sounds tighter and generally faster than on record, while still having the great loose feel that makes this band such required listening at the moment.

Eyehategod are genuine show and class.  A band that has managed to survive everything they have been through are bound to use the stage as an outlet, and on that front never fail to deliver.  Making their way onto the stage with no opening track to introduce them, the band drench us in feedback as Mike Williams steadies himself on the mic stand and soaks in the assembly before him, introducing the band and kicking off a melee in front of him.  Hardly stopping between tracks, only to berate the crowd, such classics as Sister Fucker and Kill Your Boss seem to pass through in a flash and fit in perfectly with the newer material like Agitation! Propaganda! that in a live environment take on a more old school hardcore element. With our ears and bodies suitably punished, Eyehategod finish with another wall of feedback and simply leave the stage as if it was one more rehearsal.