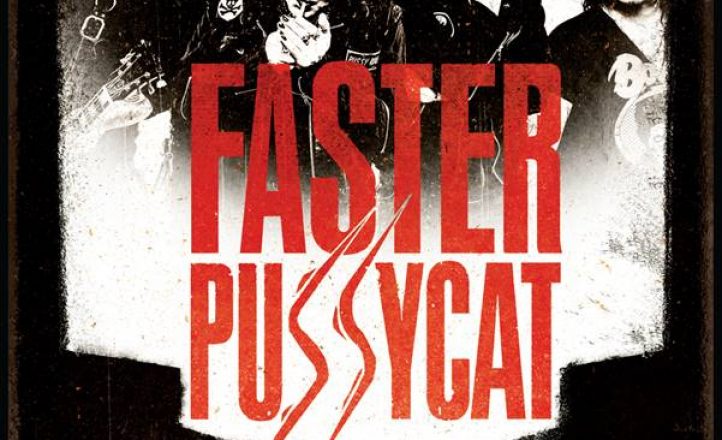 As many are probably aware by now, Sydney’s Bald Faced Stag has recently been transformed into the Crowbar, a venue that is beginning to present a real rock n roll vibe that is much different from just a pub that features live bands. What better headliner for an evening in a venue re-imagined in such a way that Hollywood sleazoids Faster Pussycat on their first Australian visit in a decade.

Openers Screaming Eagle were an enthusiastic young rock band, fronted by a singer-guitarist who seemed to be contriving to show off his shoulder tattoo as he churned through their set. They’re a good band with decent songs and a strong command of their instruments but lack a real wow factor that will bring the crowds back again and again.

After a very long break between sets, The Art stepped up next. Now with a world of touring experience behind them, this is a dynamic band to watch even if Azaria Byrne gives off a weirdly self-conscious vibe as a frontman. With an overall style that recalls 80s Aussie pub rock, the opening song felt strangely disjointed but the rest of their set was filled with catchy hard rock with Azaria and KJ trading lead vocals and big-sounding drums. Danny Nordahl and Ace Van Johnson from Faster Pussycat even jumped up with them to help out late in the set.

Tonight’s performance by the headliners was a solid example of how a band should work together in the face of adversity. With frontman Taime Downe suffering from a throat lurgy that threatened his ability to sing, the rest of the guys stepped up. Drummer Chad Stewart did most of the stage banter with Van Johnson and Nordahl taking on a lot of the vocals, allowing Faster Pussycat to put on the show the fans had come here to see, and that was a set loaded with sleazy rock gems. Headed up by Wake Me When it’s Over’s leading track “Where There’s a Whip There’s a Way”, Faster Pussycat’s return to Sydney after ten years was a powerhouse of prime LA rock. Taime may not have been 100%, but he gave everything he had, aided and abetted by his long-serving band of road dogs delivering tunes for which the term ‘sleazy’ could have been invented – “Slip of the Tongue”, “Bathroom Wall” and the one that could make even Steel Panther cringe, “The Power and the Gloryhole”.  Azaria Byrne stepped up to add guitar to the band’s big hit “House of Pain”, a cover of INXS’ “Don’t Change” was a nice touch and they threw in a version of “Pretty Fucked Up” for the Supersuckers who were also in town.

For a band who could have easily cancelled this evening, Faster Pussycat delivered in spades, a very impressive performance from old school rockers turning it on in front of a full house the only way they know how.