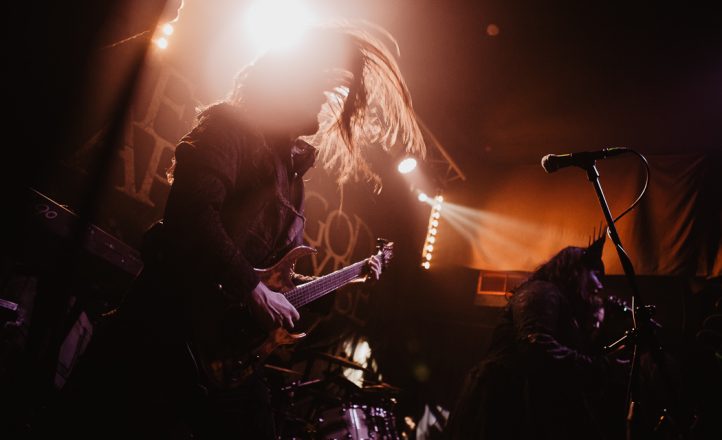 Wednesday night in Brisbane is typically a difficult time to draw the masses out of their hovels and into venues unless you are some massive name on the metal scene.  That is why LOUD is so happy as we approach tonight’s venue to see so many eager fans of heavy music patiently waiting for doors to open.

Without much time wasted for punters to mill around, Adelaide’s Freedom of Fear take to the stage with an interesting combination of metal, spanning everything from prog to death, often within the span of one song.  Having just played Halloween Hysteria here in Brisbane over the weekend the band are firing on all cylinders as their vocalist writhes and screams like a woman possessed.

Kaerulean are up next, and just as quick as our openers to get into all manner of heavy, but hampered by sound issues early on muddying the vocals.  As everything gets righted, their progressive death metal shines through brightly; with the vocal mix fixed the clean/harsh vocal dynamic makes for a pointed difference amongst the bands they are in between tonight.

The small confines of the stage feel as though it undersells the power of Fleshgod Apocalypse on record. Live though, the band strip back their symphonic elements to allow the power of their death metal side to shine through and remove an air of rigidity that comes with playing to a backing tape. Drawing a set predominantly from their King and Veleno albums, they blast their way through a furious set without let up until a highlight performance courtesy of operatic vocalist Veronica Bordacchini as she takes centre stage to perform a haunting version of ‘The Day We’ll Be Gone’. In the live environment it is something to take in. No one here turned up expecting to be blown away by a wonderful piece of live opera, but here some of them are, lighters in the air, drawing it all in.  It is obvious from the floor that the band are enjoying themselves with the interplay with the crowd, adding to the spectacle it has been tonight.  It’s certainly not every gig where you can get awesome death metal and opera in one neatly played bundle.