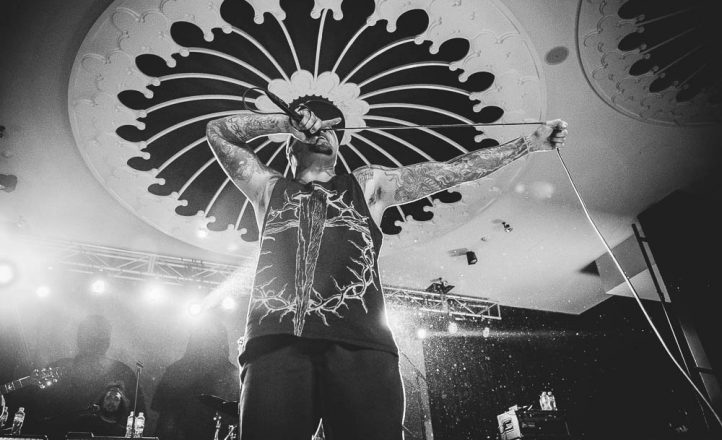 The venue that is Eatons Hill Hotel is seeing more and more business as one of Brisbane’s premium mid-sized venues. Sure it is a long way from the city centre on the north side of town, but it has the ability to draw the crowds and its amenities are great.

I find myself running a little late and get there just in time for opening Gold Coast band These Four Walls. It is immediately noticeable from the band’s demeanour that they are old hats at the live game. Vocalist Steve Gibb keeps the building crowd engaged throughout with colourful banter, and a moving yet short rendition of Chris Isaak’s ‘Wicked Game’ with the crowd singing is a moment to behold for a local act. Solid hard rock that fits the bill and gets the crowd ready for the headliners.

Now, I have always had a passing interest in P.O.D.  I was lucky enough (?) to be in the target market for bands of their ilk when nu-metal or whatever you call it was huge in the late 90s and early 2000s, their music is silky smooth enough that even a kid that loves HxC and all things heavy like I still do that you couldn’t deny their hits.  In saying that up until this evening I had never bothered to see them in the live environment and had no idea what to expect from them. All I hoped is that the religious part of their music didn’t get over played and preached. I came for a good time not a sermon.

Sauntering onto the stage to Linkin Park’s ‘In The End’ helped amp up the now full house in preparation for the band, coming out as the song ended to rousing noise from the assembled masses. Getting straight into their bag of hits that is the 17 year old album Satellite that the band is showcasing, with the one-two of ‘Set It Off’ and ‘Boom’. The later sees vocalist Sonny taken by the crowd’s energy and jumping onto the barrier to sing the second half of the song. Amongst it someone in front of him gets hurt, and he takes the time to get them out and to the side of the stage to recuperate. Something that he will repeat again as an older fan gets crushed against the barrier and he invites her onto the relative safety of the stage for the rest of the night. From here the energy just grows as the band play hits old and new including newest single ‘Soundboy Killa’.

Throughout the band keeps a constant with the energy put out from the crowd which never seems to wain even when the band pepper some slower tracks in to allow a breather for the pit, and finishing on their cover of U2’s ‘Bullet The Blue Sky’ brings to a close a very intense and surprising night in the pit.  Well played P.O.D. It was great to see a band so long into their career still have so much passion and excitement to be onstage, not just going through the motions.