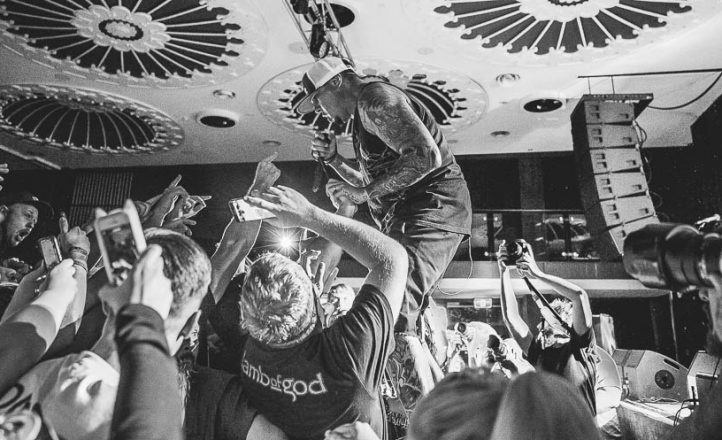 The years of nu-metal were some of the most memorable times of my youth; I have amusing memories of outlandish fashion and front men with dreads that went down to the floor. Music fads came and went pretty quickly and nu-metal was no exception to the rule with most of the groups vanishing or just trying to live on their past glory, endlessly touring the world over and playing their hits of years ago.

San Diego outfit P.O.D fell right into the whole rap rock craze of the early 00s, fusing metal, punk, hip-hop and even Latin and reggae music into their sound palette, alongside guesting on Carlos Santana’s album Shaman. The most notable accolade was the band’s RIAA-certified triple platinum album Satellite producing the hit singles, ‘Alive’, ‘Youth of the Nation’ and ‘Boom’ that MTV and radio would play on high rotation. They did however struggle to follow up on the massive success of Satellite apart from the chance to have their song ‘Sleeping Awake’ featured as the theme to The Matrix Reloaded.

P.O.D last toured Australia in 2008 with Disturbed and Alter Bridge and now, ten years later, they comeback with a reduced headline tour around the country: just five dates in small clubs showing that even for a band that had such big success in the past they have to continue to work hard to secure a career in the music industry.

The tour culminated on the 20th of April in Sydney’s Factory Theatre with a show that kicked off with a couple of local support acts, Blue Mountains residents Red Bee with their sludgy groove metal riffs and gut punching music that was certainly a good appetiser of what was to come, and Sydney’s Red Gazelle brought their chaotic metal to the crowd’s ears as vocalist Julian Cartwright sang in the most 80s soaring voice imaginable.

Before P.O.D hit the stage, the PA treated the audience to Linkin Park’s ‘In The End’ as a fitting tribute to Chester Bennington. The band got right into it by playing ‘Set It Off’, the first song from Satelite and memorable for its downtrodden riff and mystical guitar playing. Front man Sonny Sandoval greeted the audience, acknowledging how grateful they were to have had the support of their Australian fans after all these years. “We are just a blue collar rock band and we are still walking the broken steps,” he declared.

To the delight of the fans, Satellite was played in its entirety, its attempt to fuse all genres of rock music an important factor as to why it was such a success at the time.

With their long career P.O.D certainly has plenty of material to choose from but this gig was all about paying homage to their highest profile album. Sonny brought smiles to the audience’s faces by singing the emotive chorus of  ‘Alive’ and the famous youth choir at the end of ‘Youth of the Nation’ was sung by the entire crowd: it was truly a nostalgic trip down memory lane. A guy going into the mosh pit circle to break dance and spin on his head on more than one occasion was a remarkable sight; only a nu-metal concert could produce such a spectacle. A happy birthday sing along to one of their crew members was added to the entertainment on offer and to finish off the long night they played their U2 cover ‘Bullet the Blue Sky’ and ‘Will You’ from the 2003 album Payable on Death.

It was unfortunate they left out ‘Sleeping Awake’ but their legacy is bigger than just one song and if this tour had one thing to say, it was that the music from the early 00s is still lingering in people’s subconscious and has never really gone away. Their label as a Christian rock band didn’t really help them in trying to spread their universal message of love and positivity; Sonny even claimed in a recent interview that their personal beliefs had nothing to do with their music. P.O.D allowed a new generation of fans to get into old school hardcore, 90s alternative metal, dub and reggae as well as embracing Latino music as a part of their proud heritage. That is the legacy they leave behind.