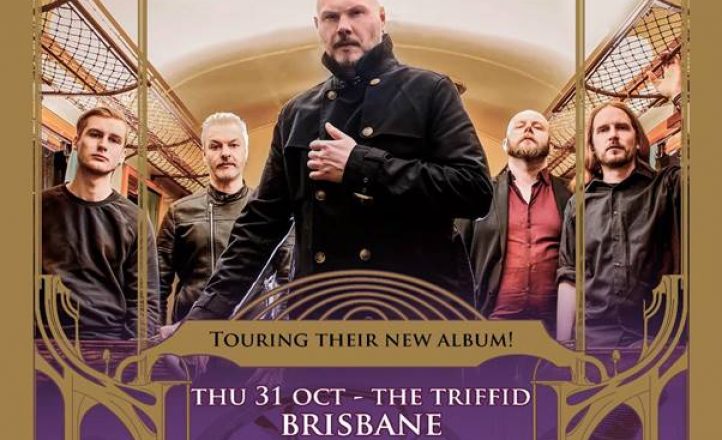 The previous occasion Swedish melodic metallers Soilwork performed in Sydney it was on a Monday night; typically the hardest sell of all in terms of drawing punters out of the house. This was reflected in the modest turnout. This time around they had the benefit of a Friday night and the accompanying hearty, booze-fuelled crowd.

Doors opening late meant many punters, this reviewer included, were still in the line outside the venue when Flaming Wrekage kicked off proceedings. Visibly pleased to be afforded such an opportunity, their highly melodic brand of thrash was a suitable opening salvo, the Sydney-siders working hard to elicit a respectable response.

The thrash metal vibes continued with Desecrator. Skullet-sporting front-man Riley Strong’s good-natured stage banter – from acknowledging they were an unknown quantity to most attendees, to joking about the small amount of stage room provided – drew a few chuckles. Meanwhile, from a musical perspective the Melbourne mob attacked the 40-minute display with relish and a hefty dollop of groove. It likely won them a few new converts, as progressively more heads nodded in approval while the crowd steadily drifted in.

From the outset, it was readily apparent that instead of acting as if their mere presence entitled them to an uproarious response and sweat-filled pit, Soilwork were going to ensure they earned just that. This was particularly the case given this tour had already been postponed from earlier in the year. They achieved their goal by pouring much vigour and expertise into an entertaining 75 minutes.

They were ably led, as usual, by front-man Björn ‘Speed’ Strid, whose impenetrable voice reiterated that few metal singers execute the bipolar vocal caper with such panache and conviction. Also reinforcing the notion that the band hit upon a winning formula some time ago, new cuts such as Full Moon Shoals slotted effortlessly alongside long-term favourites like Nerve and Like the Average Stalker. That said, completely ignoring 2002’s landmark Natural Born Chaos was a puzzling move, given how crucial a record it was in the band’s canon. The only other hitch was a false start when attempting non-album cut Feverish. A combination of these issues and much of the audience evidently not being familiar with the fresh single meant momentum stalled a fraction.

Such a delay and quibbles about set-list aside, the encore ensured all and sundry went home with grins you’d have required a sandblaster to remove. Stabbing the Drama remained Soilwork’s most potent sing-a-long anthem of an extensive career that has boasted some truly grand hooks. It was treated accordingly. Meanwhile, anthemic new cut Stålfågel indicated that it had booked a long-term spot within the band’s shows, being greeted with widespread enthusiasm.

Overall, it was another triumph for these regular visitors to our shores.