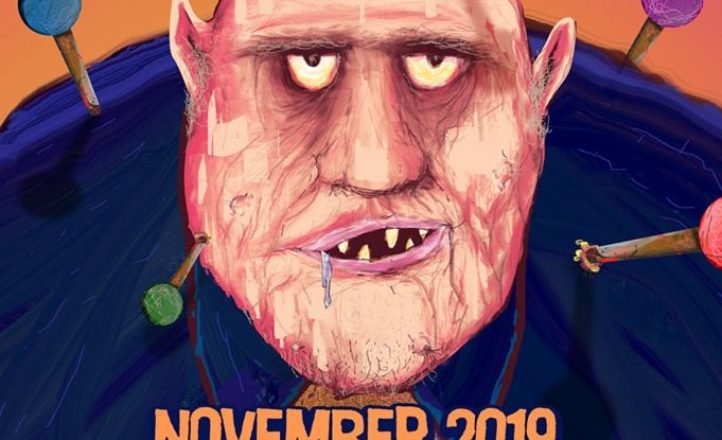 Melbourne punk rock institution The Meanies have been out on the road recently as they celebrate 30 years as a band. Tonight brought them to southern Sydney and who better to team up for a dual headline show than the equally well-established Tumbleweed for a night of solid rock fun than hasn’t been enjoyed in this part of the city for quite a while.

In a previous life, the Caringbah Hotel was a thriving live music hub that hosted bands like these every week; these days the band room is a third the size, a makeshift stage in one corner of the sports bar with an inconvenient pillar blocking the view for a good sector of the crowd. But it kind of made sense for this gig to be here, given the room’s history, and it was also appropriate that the opening band featured members of another act that once featured prominently at this place. With two-fifths of Nitocris aboard, The Fangin’ Felines warmed up the crowd with a set of swampish garage rock and roll that fitted right into the evening’s theme of no-nonsense DIY rock. Their set was brief but they certainly won over a few new fans.

The Meanies stepped up next and wasted no time blasting out short sharp stabs of blazing punk rock. There’s much less hair these days and they all look older, but there’s no let up in their energy as The Meanies burn through three decades of favourites. Carrying the crowd along with spitfire riffs and razor sharp melodies, Link and Wally kept up a healthy rapport with the crowd through a stream of quips and one-liners as moshpit hits like Gangrenous, Round in Circles, Punchin’ Air, You Know the Drill and Scum whizzed by. Their 45-minute set was packed with more punk goodies than had any right to fit into such a time frame, with their old standard 10% Weird making an appearance near the end before the extended proto-proggy psychedelic jam closer.

Tumbleweed were given the headline honours tonight – apparently, according to Link Meanie, because they lived closer to the venue – and opened their set with Sundial, a song that is certain to shake off the unwanted stoner rock tag they’ve carried with them all these years. The ‘Weed’s four-to-the-floor groove shook the room with a window-rattling, ear-thumping volume. In spite of a false start, the mighty Daddy Long Legs got a huge cheer, catchy riffs generating dance moves early on that evolved into moshing and finally a single moment of crowd surfing during Hang Around. Like Link, Richie Lewis looks most unfamiliar with much shorter hair, and seems a little angrier too: “We’re all fucked, we know it!” he growled at one point, later introducing a new song called Extinction Rebellion that no one knew but everyone cheered. Mostly though, it was all about fun and filled with Tumbleweed’s memorable garagey, psychedelic riff-fests, Lenny Curley head down stage left, Paul Hausmeister dropping the occasional interjection, Lewis working the crowd. As a tribute to The Meanies, he got Link back on stage for a shambolic run through Round in Circles that drew an astounded shout of “How are you even signing with that amount of foldback?” from the other singer, and closed out the night with the huge psychedelic jam Mountain.

Both these bands played blinders, bringing the rock back to Caringbah in a big way, and absolutely no one could have left the building disappointed tonight.